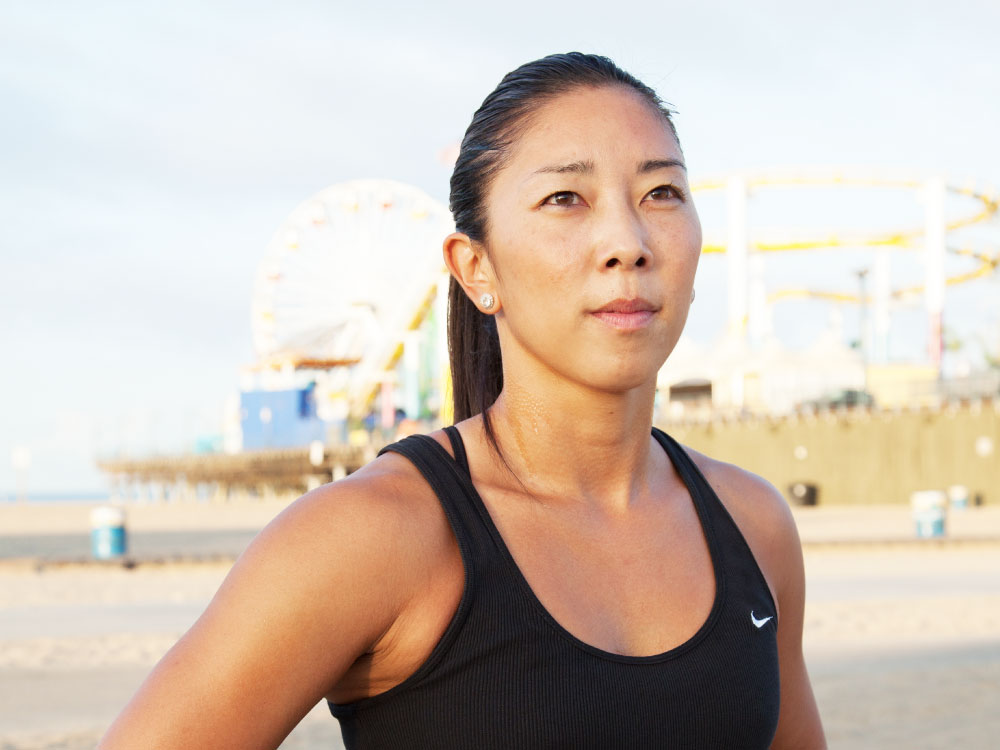 Natalie Nakase wants to be the first female coach in the NBA. That’s not a short-term goal, and she knows it. But as the video coordinator for the Los Angeles Clippers, she’s certainly in a sweet spot for slowly but steadily working her way up to that dream. And she has the professionalism for it, constantly thinking a few steps ahead. When I sit down to catch up with her, she’s open and pleasant to talk to in every way possible, but she’s not one for idle conversation. My questions are carefully considered before she begins to speak.

It’s this focus and professionalism, she says, that’s been crucial to her success so far. “When I first came in and was observing the NBA player workouts over the summer, I took notes, listened, and I was intrigued by all the basketball knowledge I was taking in,” says Nakase. “And that’s what I felt the coaches liked, that I was there to learn, help, and get better.”

She may be quite a few years away from becoming a coach, but Nakase has already claimed many firsts in the athletic industry. Prior to working with the L.A. Clippers, she was the first female coach in the Japanese professional men’s basketball league—despite not being familiar with the language—as well as the first Asian American basketball player in the professional National Women’s basketball league in the U.S. during her college years as a point guard at UCLA. 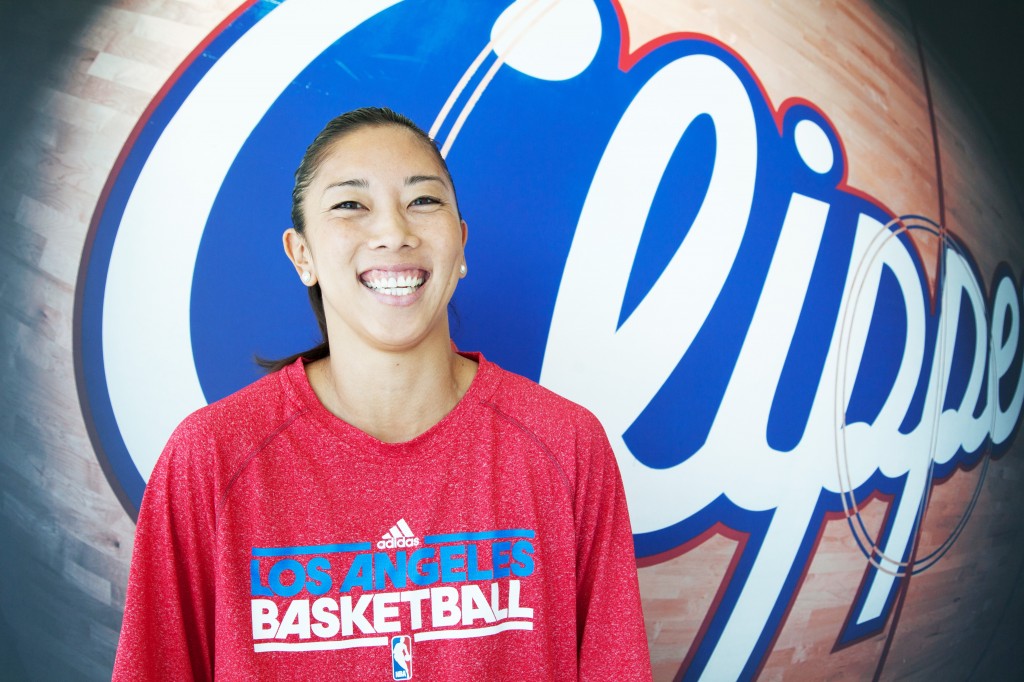 Nakase’s accomplishments caught the attention of ESPN’s Kate Fagan, who profiled her last year. While many readers were supportive, there were those who were skeptical of her ability to coach due to her inexperience playing in the NBA, or derisive due to her decision to decline an offer to coach at the WNBA. But none of this surprises or fazes Nakase, who takes it in stride. “Anything that is different, I feel like people are going to judge quickly [against] what is the norm. And I understand that. People are going to have their opinions, sometimes negative ones, and I am okay with it,” she reasons. “It just adds fuel to my fire.”

She continues, standing by her decision: “The NBA has the most talented basketball players in the world. I want to coach at the highest professional level possible.”

Fortunately for Nakase, her experience working with current and former NBA coaches and players has been positive so far. By watching them in their day-to-day lives, she’s learned that she has to work even harder than she already has.

“I’ve realized that basketball in the NBA is 24/7.The higher the goal you want to reach, the more you have to put into your work,” she says. Nakase currently works with a team of Clippers coaches that include Vinny Del Negro, Marc Iavaroni, Bobby Ociepka, Robert Pack, Dave Severns, Howard Eisley, Raman Sposato, and Mo Dakhil. “These coaches work extremely hard, to the point where they don’t sleep much. There are no off days. To be able to be around them so often, and to understand their working habits, I know I want to be there just as much, because that’s eventually my goal. It’s an amazing experience.”

Despite the recent media attention, she’s tried to stay humble. After all, she still has years ahead of her, and her next goal is to become a coach within the next few years. Bob Ociepka, who currently holds the position, has been a source of inspiration for her, and she wants to continue to learn as much as she can about the little details from these coaches first.

“Besides working, he does a great job teaching me when he has time, and I can’t thank him enough and just be appreciative because he teaches me new things every day,” Nakase says, both praising her mentor and reiterating the benefits of having joined the NBA. “Am I ready? Not yet. Because when we watch film, he sees things five steps ahead of me. I want to be able to be comfortable with what I know and know how to coach NBA players before I even step into a position like that. I need to be prepared.”

In the past, Nakase may have had to fight stereotypes in such a Caucasian- and male-dominated field. But with the rise in Asian Americans coaching and playing in the NBA, her dream appears to be closer than ever. 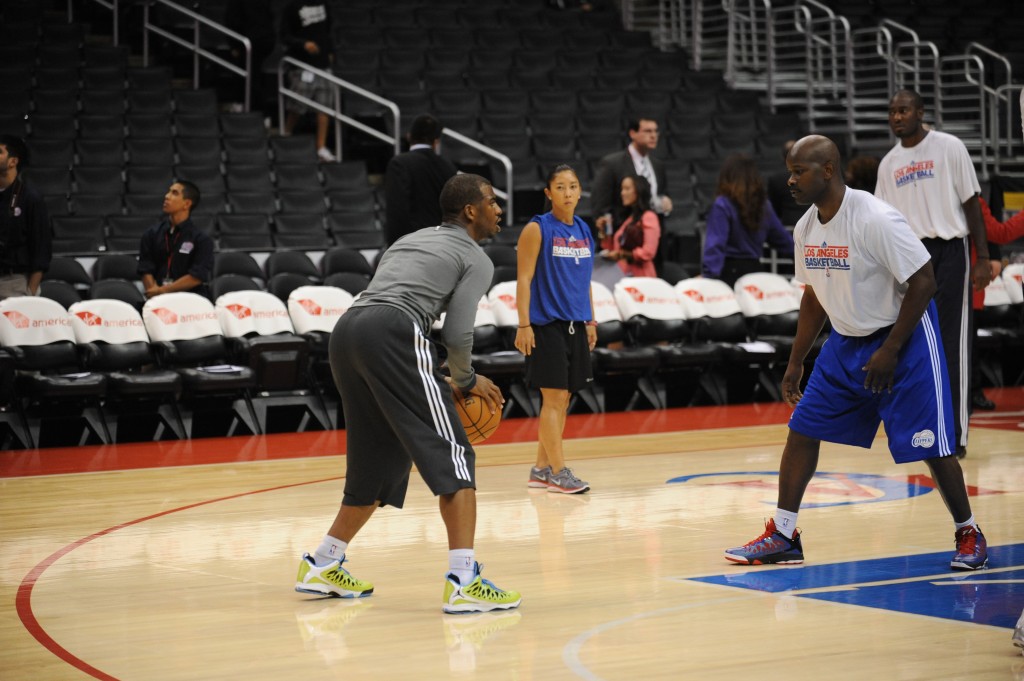 “[Miami Heat coach] Erik Spoelstra is a person I admire for his accomplishments. He also started as a video coordinator, and when I heard that, it motivated me and inspired me to go the same path,” she says. “As for Jeremy Lin, when I saw games of him playing, I was just overwhelmed. He has definitely changed a lot of people’s opinions about Asian American basketball players. Especially from getting cut to becoming a starter—it’s a tremendous achievement.”

Not that these lessons and helpful hands always magically present themselves to her. A lot of times, Nakase says, people will want to see others fall, which is a scary reality. But surrounding herself with friends who are supportive of her goals and by continuing to try and try again, she’s confident in going forth with her dreams.

“At the end of the day, I am not afraid to fail,” she says. “I’ve failed numerous times before. It just happens, but you’ve got to keep trying and believing in yourself. I believe I can create my own world. I can make any situation my reality.”