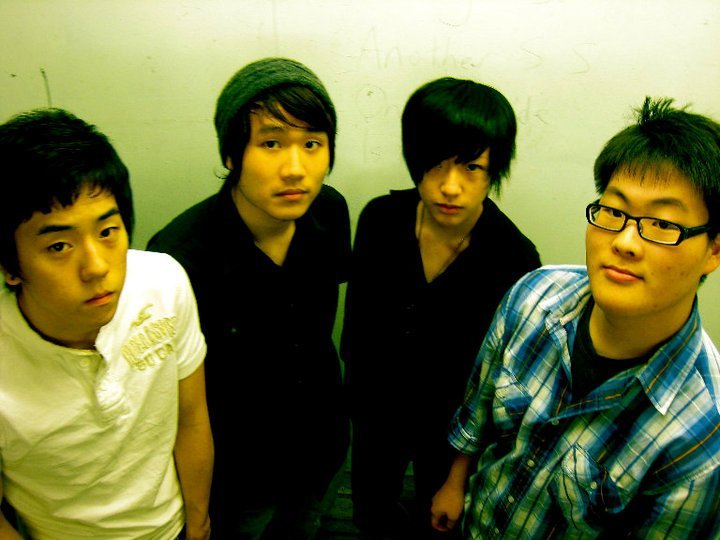 I’m an uptight Seattleite, who was dragged from my pedestal on the Eastside to Seattle’s black sheep distant cousin, a small city to the south called Auburn. The occasion was Kollaboration Seattle, an organization and multi-city annual event series planned by young Asian and Pacific Islander professionals trying to raise money and awareness for charities and community causes via the mantra, “Empowerment Through Entertainment.”

After scouting for parking among the wall-to-wall cars at the Auburn Performing Arts Center, I squeezed into a parallel parking spot on East Street East, not less than half a mile from the Center. I didn’t mind the walk through the Northwest’s interpretation of a monsoon, even while jacket and umbrella-less because of the consoling thought that, according to the parking situation, this show was going to be worth the headache and people knew it.

Bustled past a bellowing line of fan shirt-adorned and glow stick-decked attendees by an usher to a press door, I entered the theater to find the air to be electric, buzzing with the chatter of a diverse group of fans, varying by age group, ethnicity and social status, and excited for the opportunity to represent their favorite local talents.

The underdogs of the lineup stole the show mid-way through the night with moody but captivating, heartfelt performances. The Melancholics, who performed their first live show in front of an audience just this past May, began with a slow and spotlighted piano intro from keyboardist Tammy Cho before energetic drummer Harmony Chun, bassist Kweonmin Yi and singer/songwriter/guitarist Jesse Oh struck with a moving, powerful ballad. Blue stage lights fell on coordinated black, white and red dress shirts and skinny ties as Oh sung, “Is it any wonder/that the world is sinking under our skin?”

The Melancholics were followed by an acoustic set from the understated Samuel Shin, who drew a passionately screamed “I love you!” or two from the crowd for his styled light brown hair and tight graphic T-shirt before he had even fretted a single note. Shin made up for his quiet demeanor with a beautiful and bold voice. Less than 10 seconds into his performance the crowd began clapping along with the strumming on his guitar. Shin’s performance left the crowd happily heartbroken and ready to shout “Encore!” after only five minutes.

Host Paul “PK” Kim was fantastically hilarious and on par with the ever so funny Mark Zhang, having no problems following the internationally known comedian with witty and humorous anecdotes. “My wife and I, we wanted our son to be a great leader,” Kim began, “so when we were naming him, we were thinking about some great names like, ‘Martin Luther Kim, or Abraham Ling Kim.’”

Among the dance crews, Black Mamba performed a unique and eclectic jazz and hip-hop crossover dance routine, pausing with an impressive pop and lock robot sequence that came equipped with the sound of mechanical clicking and whirring before transitioning smoothly into an energetically climactic Motown funk segment that had the audience clapping along.

Overall, the show was extraordinary and inspiring—just the way Kollaboration intended. The organization earned a 501(c)3 nonprofit status in January 2006, hoping to provide Asian and Pacific Islander youth with opportunities and education to empower themselves and strive to reach above a stereotyped “foreigner” role in society. Its message was not lost with its performers. Even notorious bad boy comedian Mark Zhang chided in with a comment on racial differences and how white Americans are applauded for their attempts to learn a few words of a new language while immigrants who have educated themselves in English as their second language are often chastised for not speaking English on par with white Americans.

Zhang also pointed out other difficulties he had with the language gap while growing up. “English was my second language, but I was so excited to go to school and practice what I had learned,” Zhang began with a serious face. “I walked up to the first student I saw and right out of the gate, threw out all the English I knew like, ‘Hello! My name is Mike. It’s nice to meet you!’” Zhang fought off a smile before continuing, “I will never forget what the guy said back to me. He said, ‘Hola, me llamo Perez. Mucho gusto.’ I was completely shocked. I thought, ‘Oh my god! This guy knows a LOT of English!’”

For Kollaboration, their goals go beyond raising social awareness and empowering youth. According to their website, they are working not only to provide a creative outlet that can be an alternative to gang activity for at-risk youth, but also help bridge the social gap between first generation immigrants and their subsequent generations. I left a humbled and reeducated Seattleite who was ready to face social stereotypes in a new way—then I wrote this article instead.

For more information about Kollaboration Seattle or to donate, visit www.kollaborationseattle.org