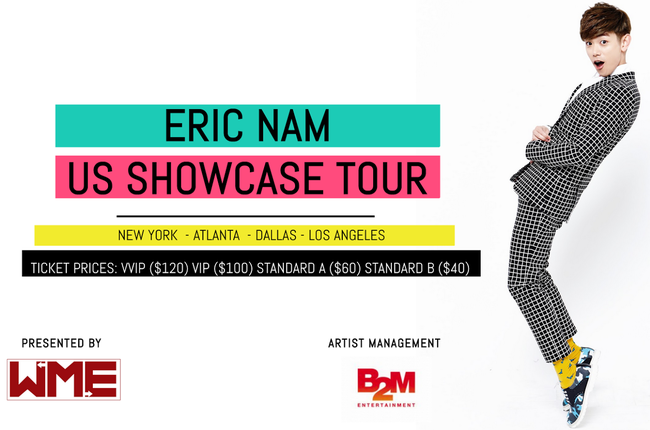 Korean American K-pop artist Eric Nam is coming to the U.S. next month for his first showcase tour in four cities, including New York City, Atlanta (where he was born and raised), Dallas, and Los Angeles. I first got to hear Nam when he was a guest performer and judge of Kollaboration Boston’s 2012 annual event. By that time, he was already amassing fans with heartfelt YouTube covers, including this cover of 2NE1’s “Lonely,” which landed him a face-to-face audition with MBC, a Korean broadcasting company and subsequently, a spot on the talent show “Birth of a Great Star 2,” of which he was in the top five.

Since then, he released his first album, “Cloud 9,” in 2013 and now has an upcoming album in the next few months, featuring his latest single “Melt My Heart.” Lucky fans may hear more new material during his U.S. showcase, to which VVIP tickets are already sold out. Dates below:

Tickets available for NYC and ATL at ticketmaster.com, Dallas at ericnamus2015.tictail.com, and LA at ticketfly.com/event/766899-eric-nam-los-angeles . 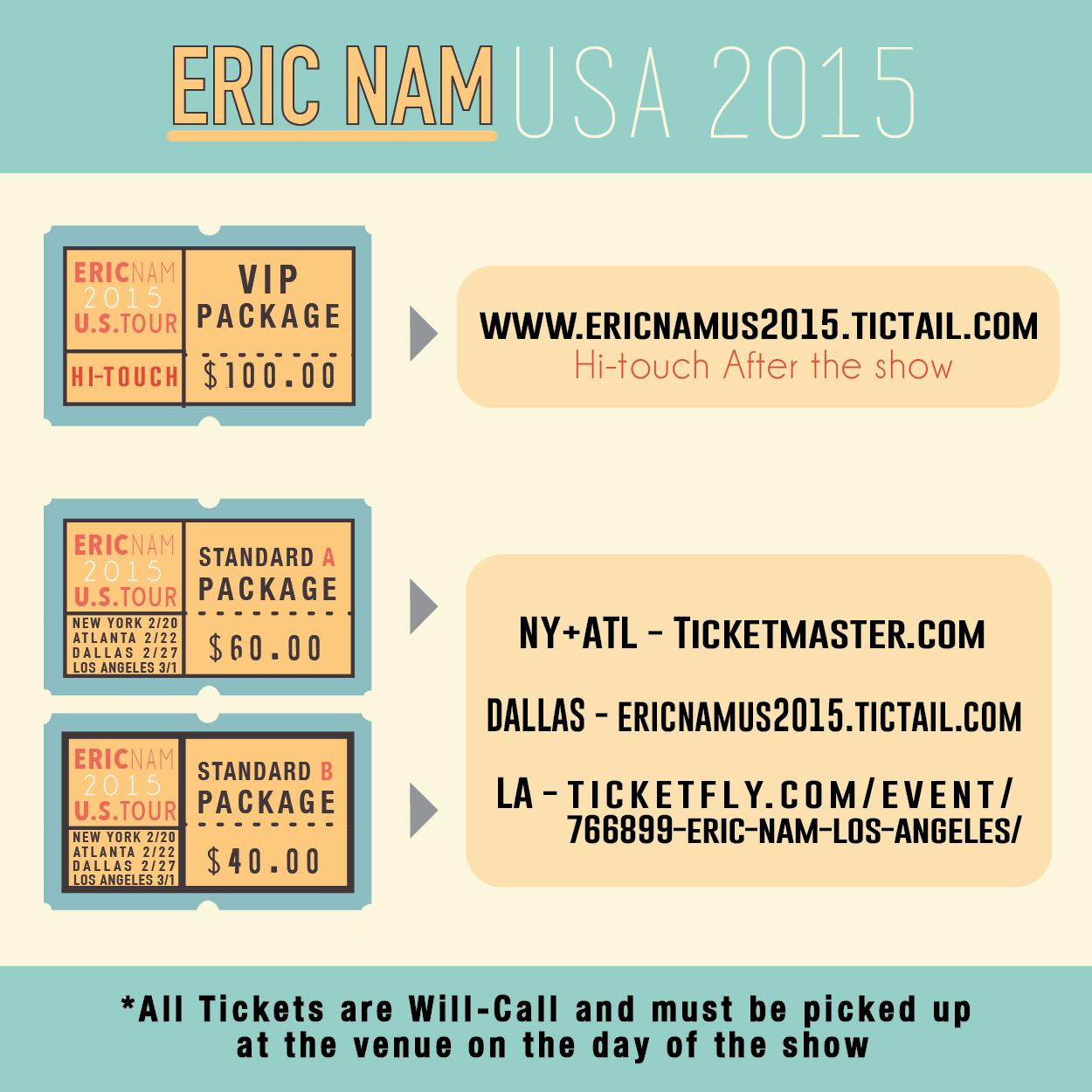