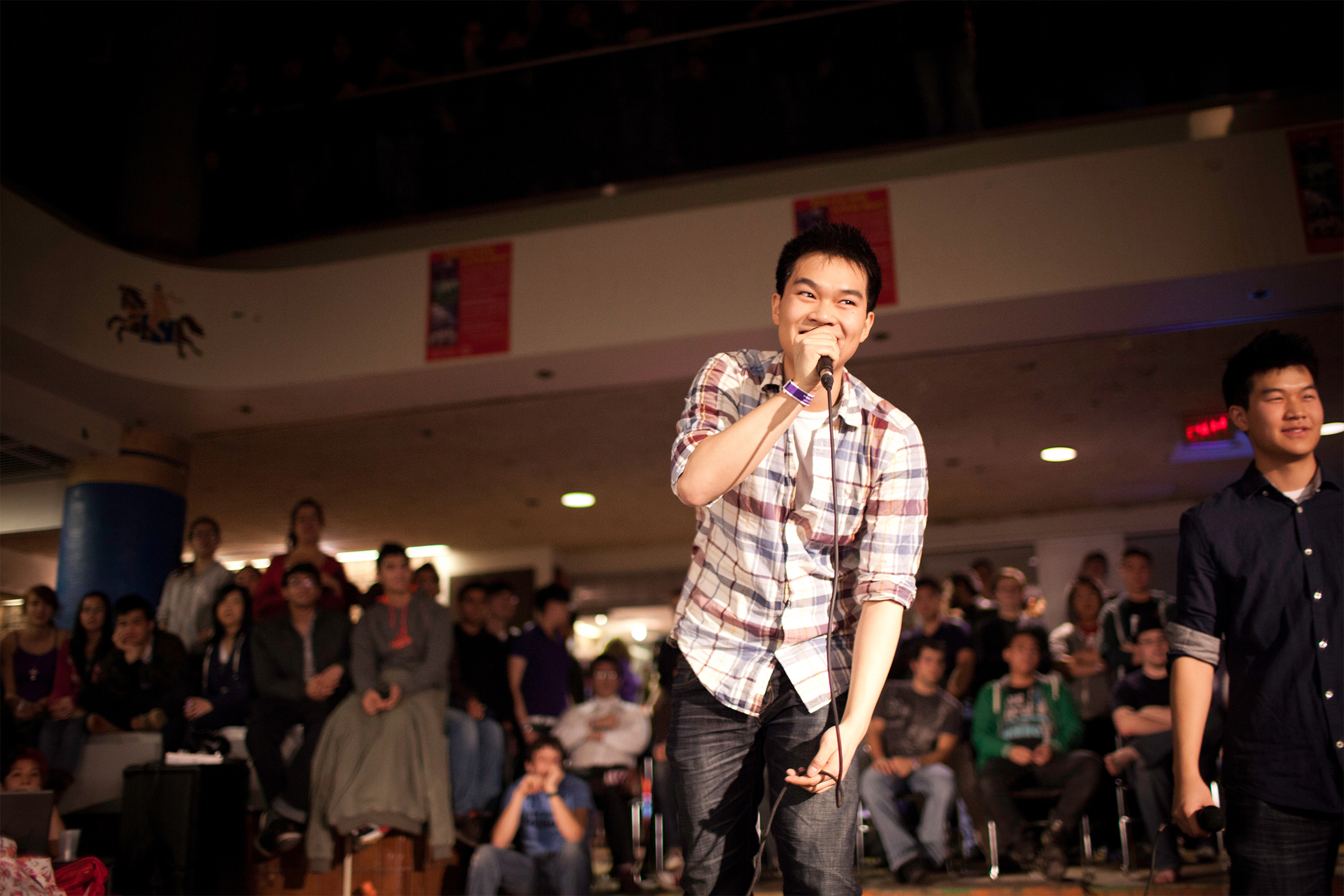 It’s hard to describe what Jonathan Sun—or “Jomny,” as people might know him—does. Even Sun himself has trouble doing so. He graduated with degrees in engineering and architecture and has written plays. He currently studies at MIT as a doctoral student in urban planning. He runs a successful Twitter account, @jonnysun, where he’s amassed more than 400,000 followers, and was the recent subject of a New York Times profile.

While Sun’s work spans seemingly disparate disciplines, he calls upon each to understand his role as a creator—the word he feels best represents him.

Most people know Sun from his comedic personality on Twitter, an “aliebn confuesed abot humamn lamgauge.” But he describes himself as “quiet and shy” offline, most comfortable expressing himself through writing and creative work. When he was younger, he remembers going home to message his friends on MSN Messenger instead of spending time with them face to face. Even now, he admits, “I feel closer to my truest self on Twitter than I do in real life.”

His profile on Twitter, which he views as a personal account, was inspired by the alienation he felt when moving from Canada to the United States for school. From his childhood in Toronto, Sun recalls the comedy group he was involved in and the multiculturalism of the city. But when he left that behind, he found subtle differences that made him more aware of his identity. “The discussions about race are more focused and apparent [in the U.S.],” he says. “I was struck by my identity as an Asian person, and it became more of a way to describe me than it did in Canada.”

When Sun started his alien alter ego four years ago, he knew he wanted to write jokes on Twitter and opted to stay anonymous. “I have a healthy dose of fear of the internet in general,” he says of his decision. He was also afraid that people wouldn’t see him as tweeting as himself, but rather as an Asian. But he grew tired of not being able to talk about certain parts of life, so he gradually began to share photos and news of himself.

Sun doesn’t consider himself famous by any means, but he’s seen an overwhelmingly supportive response to his tweets, especially within the Asian community. One girl, he says, wrote an essay about crying when she found out he was Asian, citing the challenge of finding representation in comedy and entertainment. Someone else met her boyfriend thanks to their shared interest in Sun’s work—which he learned about when she sent a message with an invite to their wedding.

Although Sun doesn’t tweet a lot about his identity as a person of color, it still informs what he produces and makes his work all the more powerful, allowing people to connect in their own way. “If I were to tweet about being an Asian Canadian, that reaches a different audience than if I’m tweeting about feeling alone.” Thus, he tries to find the balance between the expression of his personal identity and his online persona. “Most people on Twitter know what I look like and I think understand that I can be Jonathan Sun and write for this alien character online… the way this Twitter account has unfolded, it allows me to have multiplicities rather than one identity in the get-go.”

you have ur entire life to worry about the rest of ur life. just get through today. dont tell urself “dont worry” but just.. worry smaller

Instead, Sun uses his work to approach inclusivity and find the humor of shared experiences. “Comedy is very uncomfortable with the idea of ‘the other,’ ” he continues, remembering how he was written into sketches as the butt of the joke or as a stereotype early on. “[But] the heart of comedy is finding truth and being safe and trying to describe a world that’s a good place to be.”

That idea of inclusivity acts as the basis of his “novel length picture book,” Everyone’s a Aliebn When Ur a Aliebn Too, released this past June. Featuring original illustrations by Sun, the story follows an alien who comes to Earth, meets a diverse set of creatures, and finds his visit enjoyable from understanding differences and celebrating diversity. While it’s based on his Twitter personality, he says the two mediums differ in terms of constructing a narrative, with Twitter functioning more as an ongoing comedy exercise. But at the heart of both projects, Sun says, “I’m interested in talking about loneliness and relationships and navigating a scary world.”

look. life is bad. evryones sad. we’re all gona die. but i alredy bought this inflatable boumcy castle so r u gona take ur shoes off or wat

As for his other projects, Sun hopes to expand from the Twitter platform. While the book is one way he’s doing so, he’s always also wanted to work in entertainment. “I thought I wanted to be an actor or comedian, but I fell in love with writing,” he says, mentioning that he’s working on TV show ideas and movie pitches.

“We’re at a time now where there’s a demand for diverse stories from marginalized voices,” Sun says. “There still hasn’t been that many stories about Asian Americans or Asian Canadians, or what it’s like to grow up in this country as a child of immigrants.” He adds that he’s trying to develop projects based on those stories but, “If it’s not me [writing them], then I hope it’s other people, because it’s what people want.”