Home EntertainmentMaking Big Moves: Interview with Isabel Jones of “Lizzo’s Watch Out for the Big Grrrls”

Making Big Moves: Interview with Isabel Jones of “Lizzo’s Watch Out for the Big Grrrls” 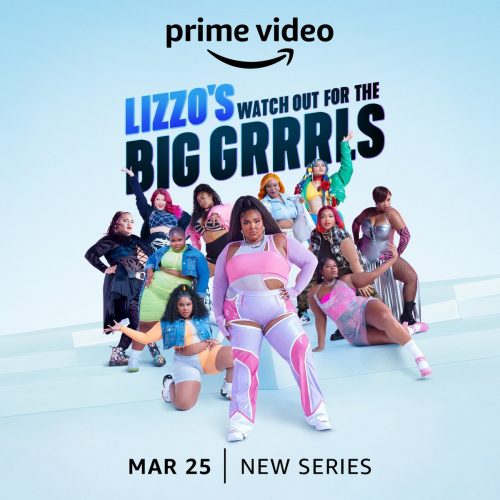 Last month, Grammy-winning superstar Lizzo made big waves with the recent debut of her new dance competition reality series “Lizzo’s Watch Out for the Big Grrrls,” and Mochi Mag got a chance to interview Isabel Jones, one of the contenders on the show. Jones grew up in the Bay Area and rose to fame through her K-pop dance covers on social media which have caught the attention of stars like BTS, Hyuna, and SuperM.

Shortly after the Amazon Prime Video premiere of the show on March 25th, we spoke to Isabel Jones about all things dance, body normativity in the Asian American community, and her experience in the K-pop industry.

This interview has been lightly edited for brevity and clarity.

SS: Part of Lizzo’s work through her career has been embracing body positivity/normativity while keeping alive the Black queer folk who have been the proponents of challenging mainstream notions of beauty. Where do you feel you fit in this movement?
IJ: I feel most comfortable in describing my personal journey as self-love and body neutrality. This has worked best for me when navigating how to grow out of the fat-phobic mindset that I held as a child. As an Asian American, body positivity still seems like a bit of a foreign concept to me, and I’m not quite sure if I’ll get to that point fully in my life, but I’m okay with that as long as I’m happy and alive. I wanted to focus on what my personal needs were to be happy in the body that I’m in and what I am able to do in a world that prevents me from purely existing in the public eye. I live for myself and the people who I love.

SS: Asian Americans in the entertainment industry are already a minority and carry the weight of representing a humongous segment of the country. What has been a challenge to both carrying and being boxed into the various labels you feel you hold?
IJ: I don’t consider myself to be a representation of Asian American plus-size dancers at all. When coming onto the show, all I wanted to do was tell my own story and how I navigate the world with the various labels and boxes that I’ve been put in. I don’t think the labels itself have been a challenge, but it was difficult to have these labels live harmoniously with each other. Being plus-size is frowned upon in Korean culture. Pursuing a dance career is frowned upon in Korean culture. I do think that through the show, I have been able to cross many of those hurdles that I was often too afraid to jump over in my life. I didn’t have a Korean plus-size dancer to look up to as a child, but if someone is able to relate to me and get inspired by some part of my story, I know that all my struggles growing up would be all worth it.

SS: As a dancer who has worked in the K-pop industry, do you feel as though there has been a shift in beauty standards in recent years, with more criticism focused on the unrealistic expectations the industry perpetuates? What has been your experience amidst it all?
IJ: As someone who has been listening to K-pop for more than 20 years, I haven’t really noticed a huge shift in any direction when it comes to the unrealistic expectations of K-pop artists. The industry is known to be notoriously fat-phobic, and there has been little to no action in trying to change the perspective. I do find that there is more discussion about it than before by listeners and fans of K-pop, but the industry itself has been constant.

As someone who does make K-pop dance covers online, I do find that K-pop fans put these unrealistic expectations on my body as well, even though I’m not a K-pop idol. I’ve been reposted on social media pages and have had hundreds and hundreds of negative comments fat-shaming me for simply existing in my body. These ideals don’t just stay in the industry. These dangerous ideas spread to its listeners worldwide, especially to the young fans who would take these ideas seriously. There needs to be a definite shift within the industry.

SS: What is your go-to song to dance to at a party?
IJ: If we’re talking American music, it’s definitely “Lose Control” by Missy Elliott and Ciara. If we’re talking K-pop, it’s “View” by SHINee (my favorite song of all time).

SS: What brings you joy as an entertainer?
IJ: What brings me joy as an entertainer is to see that my joy on stage spreads to the people who are watching. There’s nothing better than feeling that interaction and connection from dancer to audience. To know that I have the power to inspire someone to dance (just by simply looking at me perform) brings me so much happiness.“

Lizzo’s Watch Out for the Big Grrrls” is out on Amazon Prime Video. Check it out and follow Isabel Jones on TikTok @_isabae_.