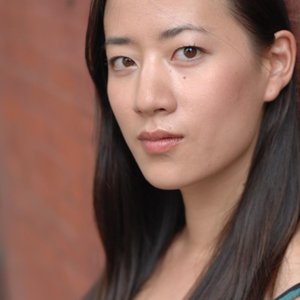 If you had the chance to create your own feature film, what would it be about? Joyce Wu, a MFA candidate in Film Production at the New York University Tisch School of the Arts, wrote a film called The Real Mikado that follows the life of a struggling Asian American actress named Sophie. Sophie is forced to move back into her parents’ house in Detroit because she has been unable to find work as an actress. However, her biggest break comes when she is offered an opportunity to direct a production of Gilbert and Sullivan’s The Mikado, in hopes of saving the community theater after it is being threatened to be shut down over budget cuts. Led by a “rag tag group of senior citizens, gawky teenager and housewives,” The Real Mikado is bound to be a refreshing, funny, and relateable film for all. And how can you help? You can either donate on her page at IndieGoGo or spread the word on Facebook or Twitter.

Read on to learn what inspired Wu to create The Real Mikado. Plus, check out her open letter to MSNBC’s Lawrence O’Donnell.

Where did your inspiration for your thesis come from?

The Real Mikado is based on my own woeful but hilarious experiences trying to make it as an actress in New York.  Almost every part I auditioned for was a prostitute, illegal immigrant or massage parlor worker (or some kind of combination of all three). I was fed up and wanted to make a film with an Asian American female who wasn’t just an ethnic best friend or side kick or some demeaning stereotype in the background but the protagonist in her own story.

A couple years ago, when I was trying to come up with the idea for the plot, my hometown was facing a budget crisis and the city council wanted to shut down the library. I was amazed and touched at how a community that was never very politically active came together to prevent this from happening. Children, senior citizens and every age in between, people of all walks of life, testified to how important the library was, how much it meant to them and how terrible it would be if the library were to close. It worked. They saved the library. My film is going to be about a community theater not a library, but the idea of a group of people who might otherwise have nothing in common coming together to save something was one I wanted to keep.

You have also come to the spotlight with an open letter you wrote to Lawrence O’Donnell of MSNBC on your blog, regarding his public criticism of Lisa Chan, the actress who was featured in Pete Hoekstra’s controversial ad. You wrote, “the roles that are available to me are severely limited by people’s refusal to see women who look like me as anything but bumbling foreigners or sex objects who can’t string together a coherent sentence.” What do you think it will take for Asian American actors to finally be able to break away from these roles that are given to them?

My point in writing that letter was not to support racism but to bring attention to the fact that the type of racist caricature that garnered so much attention and controversy in a political ad is the same kind we see in movies and television shows every day and it has to change.

I think Asian American actors need to write, direct and develop their own material. A common actor’s fantasy is that some brilliant director will see you on the street and make you a star. But even if I were just as beautiful and talented, I could never have a career like Meryl Streep, Kate Winslet or Natalie Portman because I’m not white. Hollywood studios and even independent filmmakers are simply not making films with Asian American characters or even considering Asian American actors for roles in which race is irrelevant.  So I realized a long time ago that I had to do it for myself. I had to create the roles I wanted to play. I had to write the stories that weren’t being written.

Asian American actors and filmmakers need to keep creating nuanced and complicated characters that question stereotypes and keep putting them out into the world until Hollywood finally catches on. And Asian American audiences need to support these projects until they find a larger audience outside the community as well.

Will Smith and Denzel Washington are leading men—period. Millions of people of every race and ethnicity have watched their films, related to them and rooted for them.  My goal is for Asian Americans to reach a similar stature in film. It can and will happen but like anything in this world, we need to roll up our sleeves and do it ourselves.

You wrote, directed, and produced your first stage play at the age of 20 while you were studying English Literature at the University of Oxford. What advice do you have for budding Asian American writers and filmmakers, especially females?

I can’t stress enough how important it is to take matters into your own hands I could’ve waited several years and gotten rejected by every studio and production company imaginable but I’m doing it myself and using every resource I have to shoot my film this summer, come hell or high water. The one trait I’ve noticed in all successful people is relentlessness. There will be so many people who tell you no or that what you’re doing is impossible and you have to believe in yourself and keep going.