In Dallas, InspirAsian offers a space for creative representation 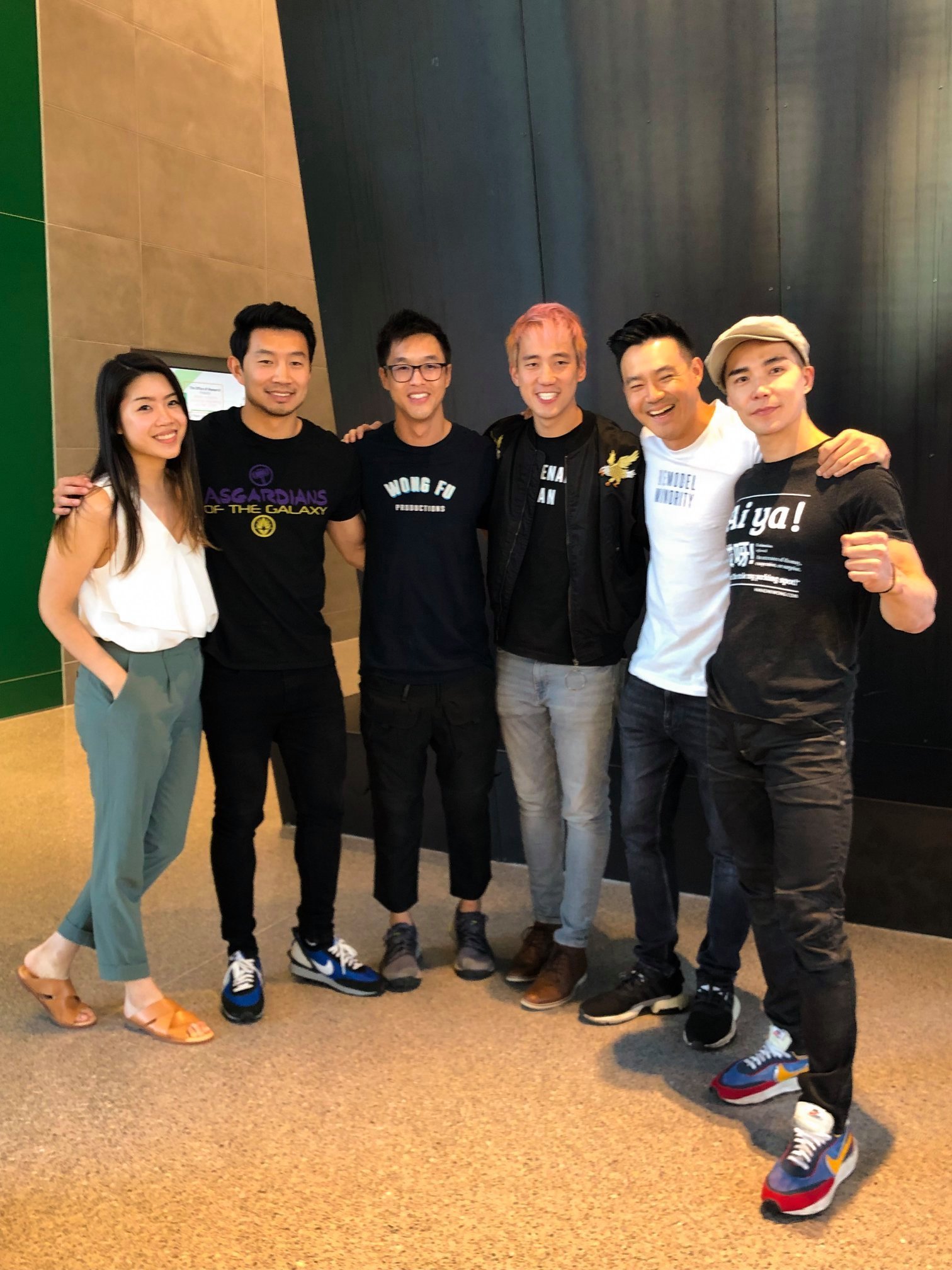 In late July, the Dallas Chinese Community Center hosted InspirAsian, the first event of its kind for the area, described as celebrating Asian representation, while inspiring individuals to pursue their passions and interests in the creative industry. Throughout the day, workshops around music, breakdancing, choreography and Chinese calligraphy were offered to attendees. On the main stage, speakers including actors, musicians and media producers gave short talks on their career experiences.

For many of the speakers that afternoon, Wong Fu Productions, now headed by Philip Wang and Wesley Chan, was a turning point in terms of Asian representation in media. Much of Wong Fu’s story is familiar to many of their fans. The digital media company, known for their YouTube channel, was started by Wang, Chan and one of their college classmates Ted Fu, back before the platform had even been invented. Both Chan and Wang received different levels of parental support for their career choices, but recalled an early project that allowed them to go on tour and see the impact of their work, which helped them realize that this was something worth pursuing. In the next few years, the company went through rejections and struggles, but was able to build a following through their shorts and sketches on YouTube.

It was those shorts and sketches that helped inspire Steven Lim, now an executive producer at Buzzfeed Motion Pictures. Most known for his role as the creator and host of the Buzzfeed show “Worth It,” Lim actually began his career as a chemical engineer making soap for Procter & Gamble. After realizing that his passion didn’t lie in that path, he quit his job with the support of his parents to focus on YouTube.

For many of the speakers, including Lim, their career paths into their creative professions weren’t always clear cut. Actor Simu Liu’s path, though increasingly familiar to fans, took him to Deloitte as an accountant after graduation. Growing up, he had doubts about what he wanted to be. Though he was unhappy in his position, he didn’t allow himself to think of an alternative until he was laid off eight months into his job. As he contemplated his next step, he kept returning to the movies that he would watch as a child when he was home alone and decided to pursue acting.

Similarly, Buzzfeed video producer Inga Lam detailed the unconventional path to her current stage, starting her journey in content creation while attending a small liberal arts college in Idaho. Many of her early opportunities were ones that she found, and often created, for herself. Post-college, Lam acknowledged that she had moments of doubt, not knowing the path that she wanted to pursue, but eventually moved to Los Angeles to follow her passion. Shortly after, she applied and received an offer for the Video Fellow position at Buzzfeed, based in the company’s New York office. Though she had just moved to California, she remembers calling her parents and telling them, “If there is ever a company I would do this for, this is it.”

The speakers on the main stage came from a range of backgrounds, but across the various perspectives, there were many recurring themes of forging their own paths due to a lack of Asian representation, finding opportunities to pursue their passions, and learning to find their voice as an Asian.

Throughout his presentation, Lim referenced failure as a part of his journey, prefacing his talk, “I went through a lot of failure and that’s good…you’re not going to get to where you are without that.” While working various side jobs to support himself, Lim acknowledges various setbacks and rejections that he had. But for him, “I think the answer to how people get through failure is having a purpose.”

Wang admitted as well that despite Wong Fu’s success, he didn’t really start believing in himself until a few years ago, when pitching the web series “Yappie.” His approach, he shared, was more that he was “happy to be in the room,” but he soon realized that he wasn’t giving the Asian American storyline enough credit. On that note, Chan recognized the importance of staying true to oneself. Inspiration is complicated, but let it in, he advised the audience. While inspiration may bring other friends like fear and anxiety, to Chan, those are signs that you care about what you do. However, instead of ignoring them, it’s about finding others to help you get over them. 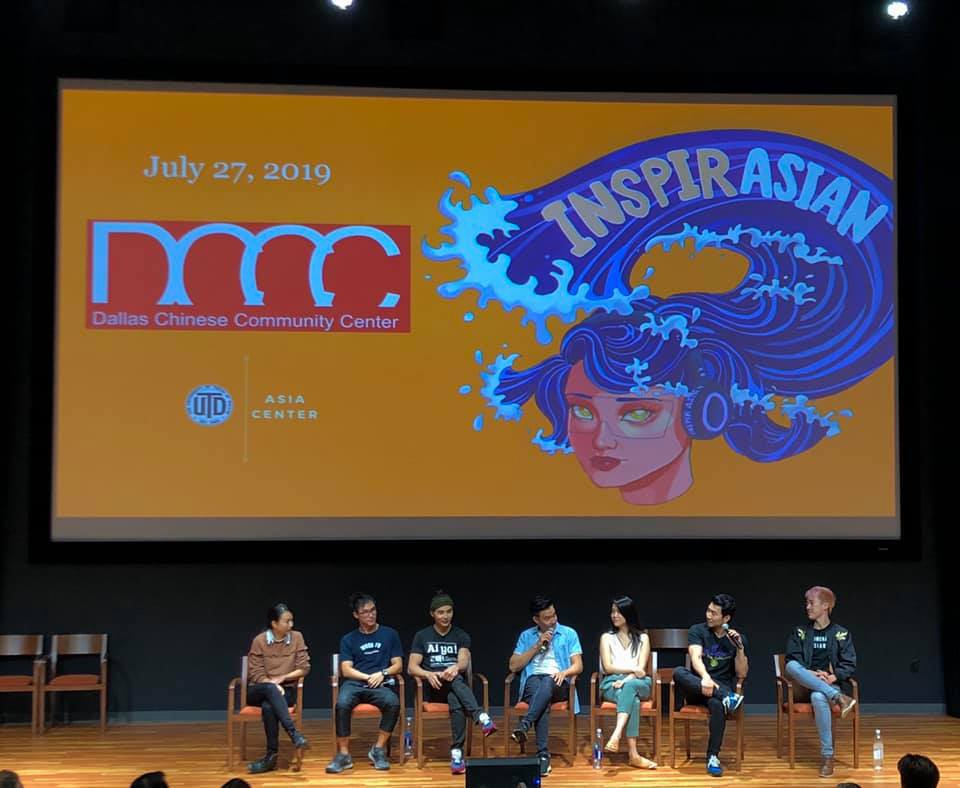 To get to where they were, many of the creatives referenced learning to speak up and tap into their Asian identities. Lam realized this after her listicle about having Asian parents went viral during one of her rotations as a fellow. Worried about creating content that was too obscure, for fear of turning people away, Lam thought back to her experience in Idaho. Though it was limited in terms of representation for her, she thought of ways to explain pieces of Asian culture to her friends there and applied that thought process to video creation to bring her content on food, identity and culture to a broader audience. To that end, she tries to work with Asian or Asian American talent to help show that Asians are more than their traditional roles as well. “It’s really easy to forget that we all have our own stories to tell,” she told the audience, “[but] leaning into your identity can help you.”

Similarly, when developing the idea for “Worth It,” Lim originally pitched the show as one that would feature box office talent. When an executive offered him suggestions, he realized that he wanted the series to come from an Asian American perspective. “I think that’s something we have to keep fighting for,” he said of his decision to keep himself on camera, before pushing the audience to put themselves out there and be vulnerable.

For Liu, part of his journey was accepting and allowing himself to visualize his goal. “When I was young, I wanted to run away from my Asianness because I thought it’s what made me different,” he remembered. While many Asians tend to go through a cultural upbringing that tells them not to take up space, Liu told the audience, “Don’t be afraid of your own greatness,” and instead, to harness “Big Asian Energy.”

Liu attributed much of his success to luck, but acknowledged that it came from knowing what he wanted and giving himself permission to go for it. In one of his first jobs as an extra on “Pacific Rim,” he remembers seeing that everyone on set had purpose. From there, he began to visualize and manifest his future as an actor. “…[V]isualization is so powerful,” he recalled, when talking about his journey, which has since led him to becoming the first Asian superhero for Marvel Studios in the upcoming “Shang-Chi and the Legend of the Ten Rings.” “When I first started out as an actor, I always had a vision of what I wanted to be, which was a superhero.” While he recognized the pressure that comes with the role of Shang-Chi, he hopes to do a good job in his portrayal and kill false narratives.

Wang noted that representation doesn’t necessarily have to come just from creators either. “I think there are little things people can do in their lives to pursue their passion,” he noted, referencing three C’s—creators, capital and consumers—that work together in the creative industry. If you’re not a creator, “Figure out how to participate in the other parts,” he urges. Don’t blindly support a project, but have a larger awareness, he concluded. Even though someone might not be interested in a specific genre, for example, maybe that project will open the door for others down the line.

In fact, that’s what InspirAsian aimed to ingrain in its audience as the day wrapped up with a moderated Q&A with the featured speakers and meet and greet for VIP attendees. With a note for the audience not to take away from their talks that they should quit their jobs, the guests urged the audience to celebrate the Asian community coming together and support one another. And despite being one of the first events to bring so many well-known Asian creatives together to the area, the event’s organizers and sponsors hope that the first Dallas InspirAsian will help open the door for many more of its kind in the future.