Home Entertainment“Blinded by the Light” Challenges Racism and Inspires Hope 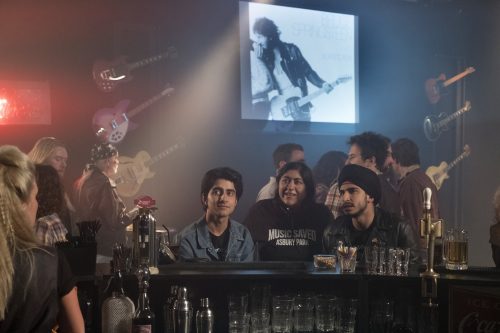 Anyone who has dined at a family-owned restaurant knows the food tastes special when the mom is running the register, the dad is cooking in the kitchen, and their kids are waiting tables. The customers are invited to an intimate, authentic dining experience. The food, in turn, is a labor of love, seasoned with the family’s collective dream for a better future. 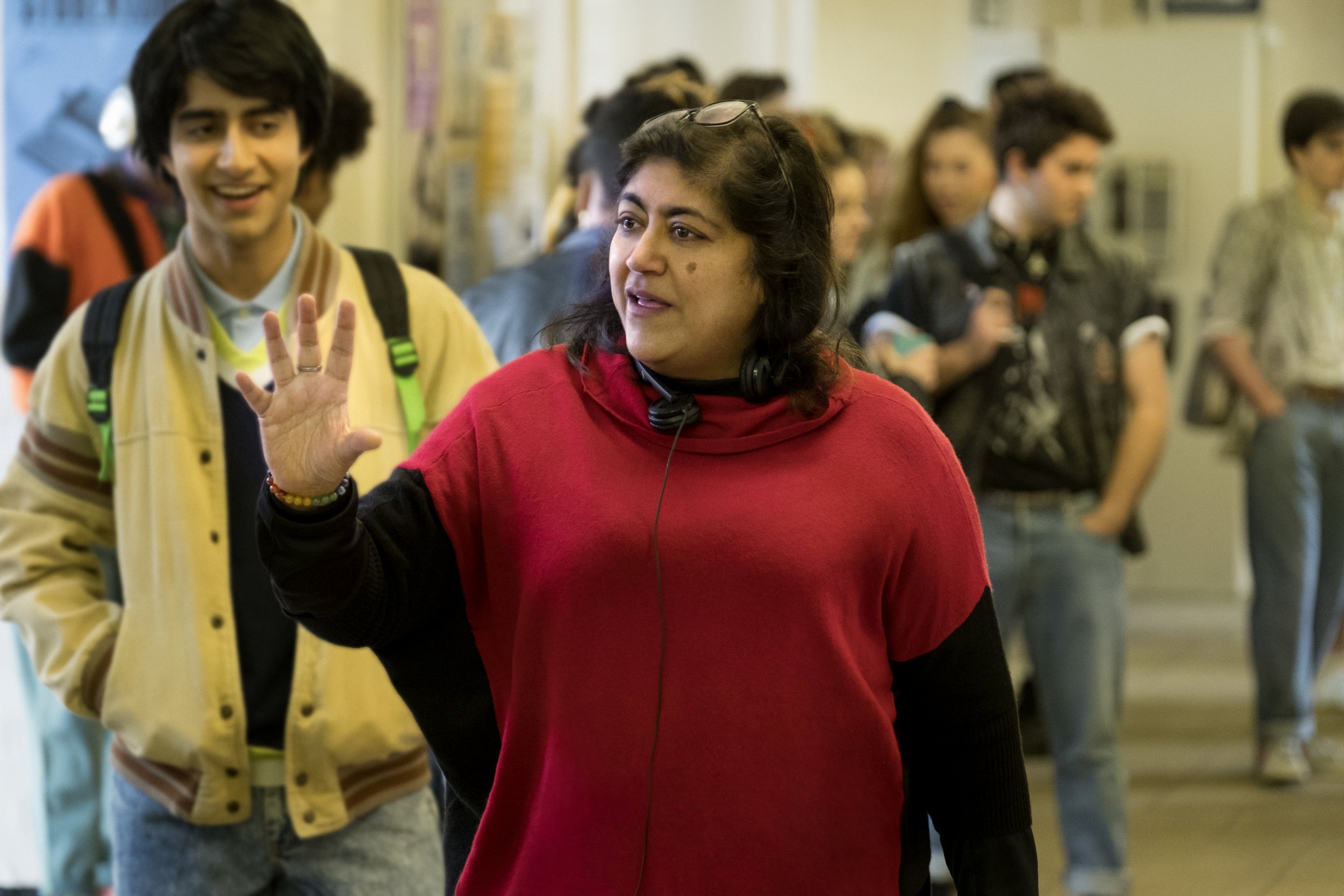 “Blinded By the Light,” the latest from the award-winning filmmaker Gurinder Chadha, is much the same, except with a $15 million dollar vote of confidence from Warner Brothers and New Line Cinema for its upcoming US release following the film’s runaway success in the festival circuit.  One of the U.K.’s most well-respected filmmakers, Chadha’s 2002 film“Bend It Like Beckham” remains one of the highest grossing films of its kind. In “Blinded by the Light,” Chadha is a triple threat as director, co-writer, and producer on this film inspired by Sarfraz Manzoor’s memoir.  An inspirational coming-of-age story set to the music and lyrics of Bruce Springsteen, the film is an earnest collaboration of Chadha and her loved ones, a distinct and intimate imprint which runs throughout her works.

Chadha describes the film as “a spiritual companion to ‘Bend It Like Beckham.’ It shows the tightrope we had to walk as teenagers, fighting for what we wanted without alienating our parents who lived just for us, their children. The struggle is born when those children have dreams of their own. That for me, is a very rich territory, full of drama and emotion.” 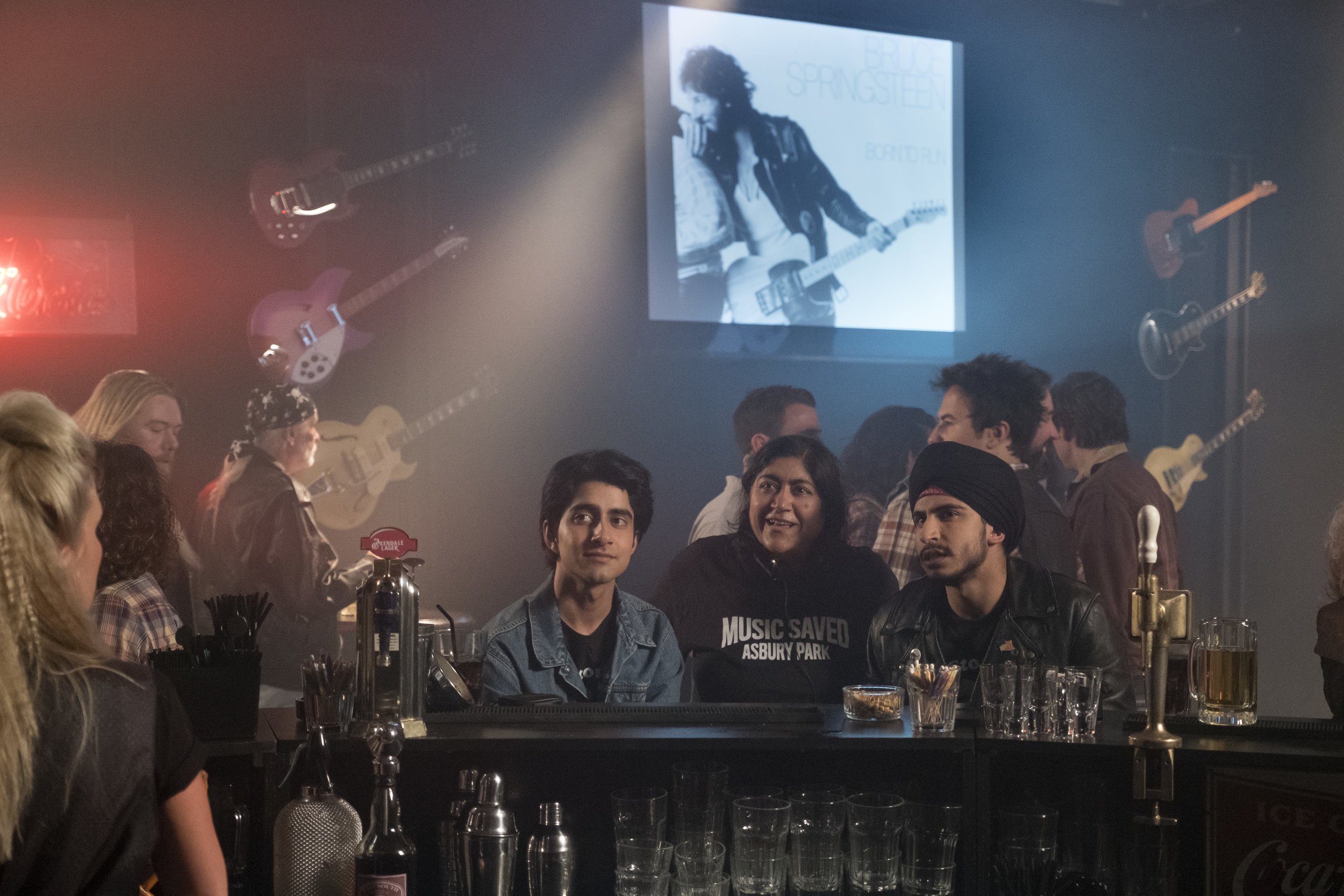 The ensemble cast is led by relative newcomer Viveik Kalra, as Javed, a British teen from a Pakistani immigrant family growing up in the industrial town of Luton, England, in 1987 amid racial tensions, economic downturn, and political turmoil. Known for her great casting instinct, Chadha chose Kalra for the role after being struck by his sensitivity, “He was the only one I believed would be in his room writing poetry.”

When Javed’s strict, conservative father is laid off from the car manufacturing factory, his already distraught life becomes more stifling. At this pivotal moment, he is introduced to the music of The Boss by his charismatic friend Roops, based on Manzoor’s real-life best mate. British actor Aaron Phagura portrays Roops, who is Sikh. “No one has ever been represented like this confident and charming character. [I’ve never seen] someone on screen who wears a turban and stands up for himself. He is so far from the stereotypes,” explains Phagura, “I wanted to do him justice.”

Along with Manzoor, Chadha co-wrote the screenplay and her husband, Paul Mayeda Berges. She met Berges when he was directing the Asian American International Film Festival in 1994. “Ever since then, we’ve always written together,” says Berges proudly. They are also devoted parents to twins. Ronak, their son, plays the endearing 1o-year-version of Javed, lending his tender innocence to the work, injecting extra doses of warmth and authenticity.

“Becoming a parent changed everything about everything I do,” says Chadha, “It gave everything more urgency.” When Brexit began, Chadha witnessed renewed racism and xenophobia. Seeing immigrant women who had been living and working in the UK for over forty years now subject to hateful taunts and abuse in public, she was moved to take action, “What can I do? I can make a film.”

In “Blinded by the Light,” Chadha continues to tackle heavy, painful issues in the deft manner for which she is famous. She takes the audience on a vivid journey, to a time in history full of hate and fear, much like the current state of affairs in the UK and US.  Skillfully, she draws in audiences with universal themes of music, friendship, love transcending race and religion. Chadha invites us into the poignantly and painfully relatable lives of immigrant families. 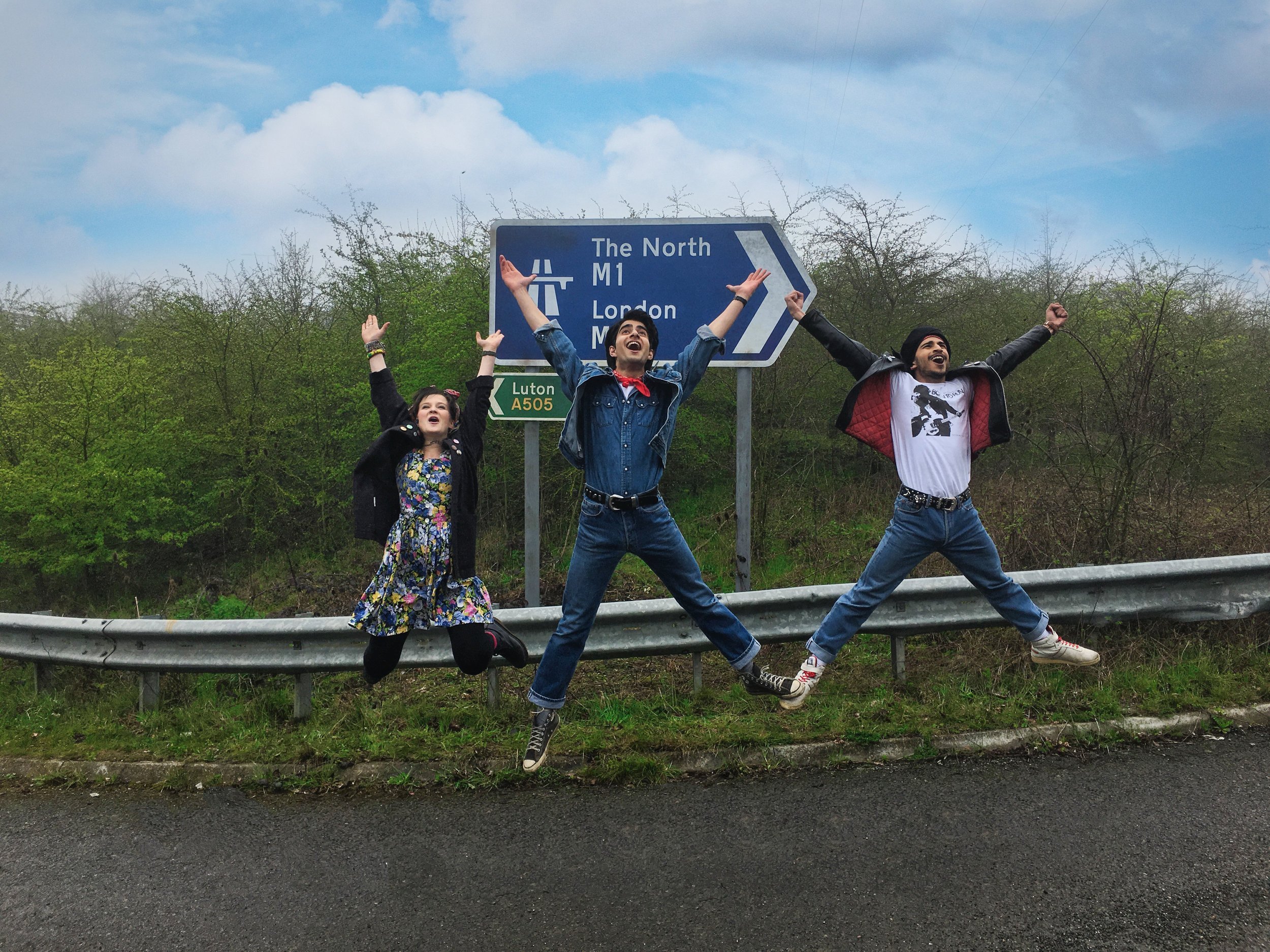 In Javed and his father, I see my own brother and father, both their lifelong conflicts as well as their deep bond.  My parents’ beliefs are stubbornly tied to roots in Asia, but those ties often fail to bind to the next generation. We, the children straddle cultures and identities, with a desire for independence and a need to fight for the space to nurture our own dreams without losing grip of roots that gave us life. During our interview, Phagura credited his cousins for teaching him not to be a victim of the racism he faced growing up in southeastern England.

“They would beat me up and say, ‘You’ll thank us when you’re older,’” he laughs and then turns serious. “We shouldn’t keep our heads down and try to be invisible, because we do belong.”

This is a very personal film for Chadha. “The racist scenes were very harrowing and upsetting to film. The art department refused to paint swastikas, so I painted them because the film needed it. It needed to be done,” she says simply.

Berges adds, “What’s hard is always challenging racism, but also not to be defined by racism. It can’t go unchecked but we have to go on celebrating the amazing things in a very hopeful way.”

The film embodies this outlook. It is defiant but loving and full of hope. The Japanese American screenwriter continues, “My family has been in California for multiple generations, which meant they were sent to internment camps during that regretful time in American history. You can get so depressed watching the news, especially as a parent. For me, it’s about transcending the difficult times. What’s happening at the border is shameful. It’s not what America is about.”

This film is exceedingly topical because as Berges explains, “Bruce Springsteen’s vision of America, Javed’s vision of it, is so pure. It’s about pushing beyond expectations and pursuing dreams.”

Overall, “Blinded by the Light” is every bit as uplifting as it promises to be. Chadha shines as the nurturing director masterfully guiding viewers through the story, which tempts the audience to sing along and dance one moment and cry cathartically the next. The film truly is, as the trailer proclaims, ‘For anyone who has ever wanted to dream’ and it is so much more.

For me, it was gratifyingly surprising and not at all predictable. Shining from its core is a complex, nuanced, and beautiful message for those of us looking for hope in our often ugly world.

“Blinded by the Light” opens on August 16, 2019 in theaters nationwide.