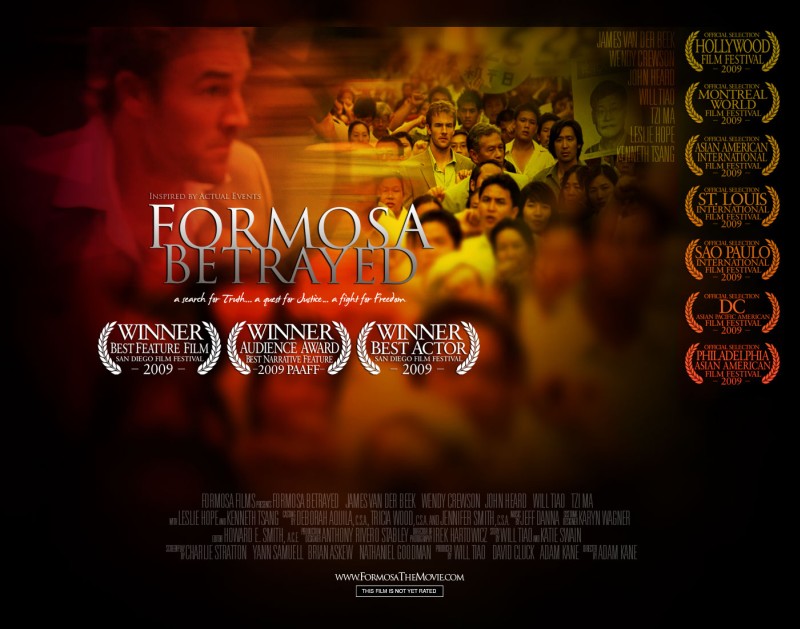 February 28 is a date forever ingrained in the minds of most Taiwanese. If you don’t already know why, you will after watching “Formosa Betrayed,” a political thriller released in limited theaters this past weekend. 2/28 marks the anti-government Taiwanese uprising that led to the massacre of tens of thousands of citizens, and the movie reminds us to remember this date’s significance for democracy.
The film stars James Van Der Beek (of Dawson’s Creek fame!) which at first glance seemed like an unusual casting. A Taiwanese political thriller starring blue-eyed Dawson? I was confused but intrigued, and found myself in a packed New York City theater on opening night.

Directed by Adam Kane, “Formosa Betrayed” follows the investigation of the 1983 murder of Professor Henry Wen, a Taiwanese professor living in the U.S. Van Der Beek plays Jake Kelly, a young FBI agent sent to Taiwan to observe the investigation of the supposed gang-related murder. It quickly becomes obvious that there is a larger conspiracy at work, as Van Der Beek learns more of the details surrounding Professor Wen’s death.

While the acting in the film does have its many awkward moments and the characters are not particularly well-developed, the storyline itself is compelling. The film uses a nonlinear storyline that alternates between flashbacks and flash-forwards, effectively achieving a heightened level of suspense in the film, and beautiful cinematography overall.

What I appreciated the most about the film was how the director intertwined Taiwanese history into the plot line, allowing viewers to experience and learn about its history right alongside Jake Kelly. While the film focuses on the Republic of China and the Kuomintang’s (Chinese Nationalist Party) period of martial law in Taiwan, it is also timely in light of the current US-China relations and the recent missile sale to Taiwan. Regarding these events, “Formosa Betrayed” has a clear opinion but also gives you enough facts to form your own.