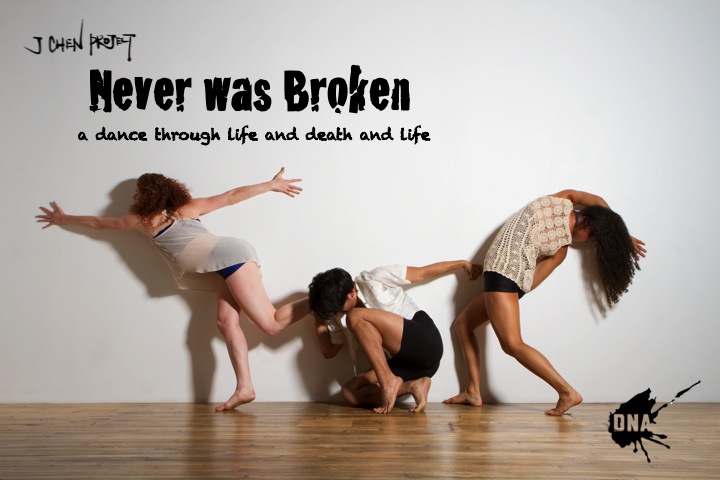 Like many forms of art, dance has the ability to transcend ideas, bring emotions to life, and sometimes, re-live moments in our past that have made us who we are today. For 29-year-old Jessica Chen, founder of the J Chen Project in New York City, dance brought her a new life and gave her a new identity.
Chen first fell in love with dance when she was a child. At age 5, her parents enrolled her in Chinese school, where she learned Chinese folk dance. As Chen explains, her love for dance grew in layers. In high school, she tried out to be a cheerleader and went from being the shyest girl in her school to class president and homecoming queen.

“Chinese folk dance brought me closer to my Chinese roots; it helped me make sense of my identity. I learned my heritage through movement. Then in high school, dance really helped me open up to people and gave me confidence,” Chen says.

In 2010, Chen was invited to the World Expo, which landed her in Shanghai. It was there that Chen says dance brought her back to her Chinese roots. “I’ve always wanted to learn Chinese, and this opportunity gave me the chance dance and choreograph in Shanghai. But learning Chinese and living in Shanghai was a lot harder than I had imagined it in my head. I look Chinese, but when I start speaking, it’s obvious that I wasn’t Chinese. I remember getting into a cab and struggling to speak to the driver in Chinese. He asked me, ‘Where are you from?’ And, it was at that moment that I truly questioned where I was from and who I was,” Chen reminisces.

Chen was born and raised in California, but like many first generation Asian Americans, she didn’t feel like she totally fit in. This feeling of not fitting in inspired Chen to choreograph a new show aptly named “To Identify” about her time in Shanghai. After months of improvising, threading movements together, and drawing elements of her life as an Asian American together, Chen casted nine dancers for the show. A few years later, Chen started her own company, the J Chen Project, which celebrates modern dance.

But just as Chen’s dance career soared, she experienced a near fatal car accident last August, which involved 8 hours of brain surgery, 13 days of being in a coma, and months of physical therapy and recovery. Despite her injuries, Chen had faith. It wasn’t a question of whether or when she would be able to dance again; she was already thinking about her next show.

“When I woke up from my coma, I was adamant about escaping the hospital, recovering quickly, and getting back to my dance studio. I had to be places and meet people. I became so sneaky that they had to strap me onto my bed and install an alarm so a nurse would be alerted if I tried to leave,” Chen says.

Finally, Chen came to terms with her recovery and used the time to reflect on her life and her dance. “It gave me time to think and re-create my life. I had no idea if I was going to go back to New York and go back to my dance company. Reality hit me hard, and I had to think what parts would I keep in my life and what would I take out? When something like that happens, you think life is so fragile. I had to let dance go,” Chen says nostalgic.

But as they say, your passion always finds you. And that’s exactly what happened. After four months of intense physical therapy, Chen was able to walk again, and eventually, she learned to dance again. She went back to New York in December and started putting together the paintings of dances she envisioned with her team of dancers.

“At that point, I was re-creating my life. My first performance back was in May; it was also the same time I introduced three new dancers in my company. It [the accident] re-aligned my purpose for dance. It was a way to share my story and how to make sense of my new world,” Chen enthuses.

You can catch Chen’s upcoming show “Never was Broken: A Dance Through Life and Death and Life” on Saturday, September 21 at 8:30 pm at the Salvatore Capezio Theater at Peridance. Tickets can be purchased here.