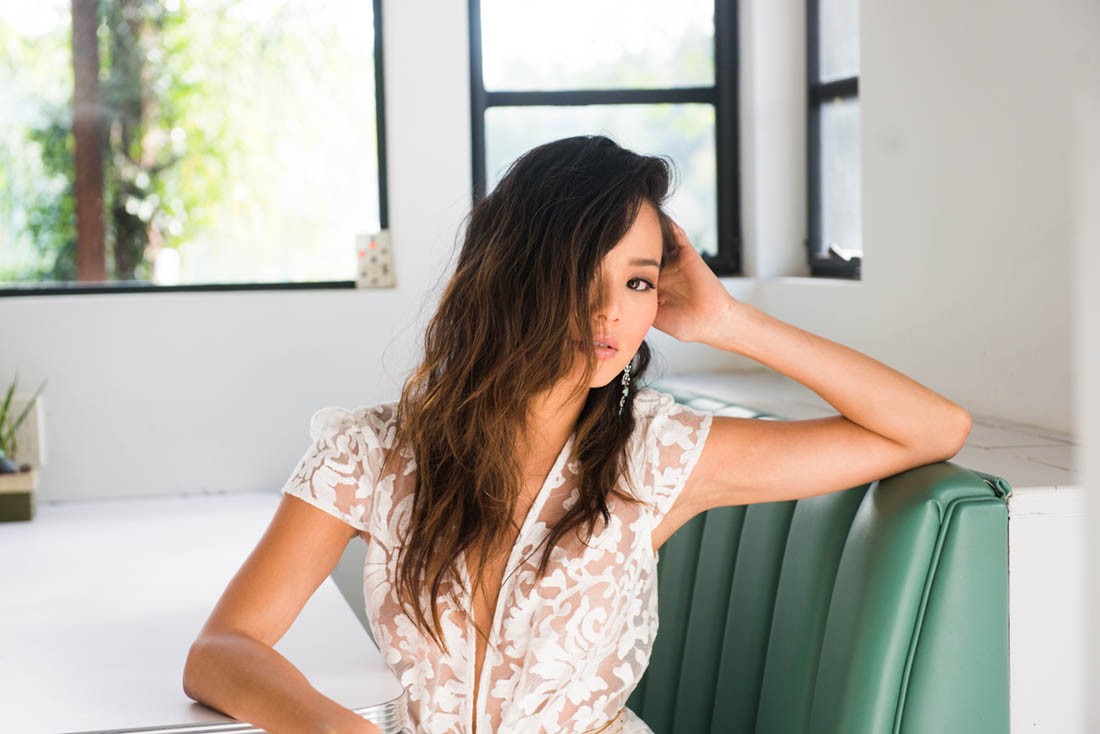 Former Mochi cover girl Jamie Chung has come a long way from her Real World San Diego days. Since starring in two blockbuster films, Sucker Punch and The Hangover II, and the independent flick Eden, Chung is quickly becoming one of Hollywood’s it girls, with paparazzi following her during shopping trips to Juicy Couture and her attendance at a Alice + Olivia dinner party at the Chateau Marmont. So it’s no surprise that she also caught the eyes of the folks at The Coveteur. In her feature, we look into Chung’s L.A. home, which she shares with fellow actor and boyfriend Bryan Greenberg from the HBO series How to Make It in America. Swoon. But even as her fame grows, Chung remains grounded, remarking on how she bought her first pair of leather leopard Louboutins for half-off. Aside from Chung’s penchant for fashion (i.e. her enviable collection of designer bags and shoes), we learn that she is also a great cook! From spicy soba noodles to truffle asparagus and jalapeno cauliflower, Chung isn’t afraid to experiment in the kitchen. Check out the story here.