Home EntertainmentCoca-Cola’s ‘America the Beautiful’ Unites Us All 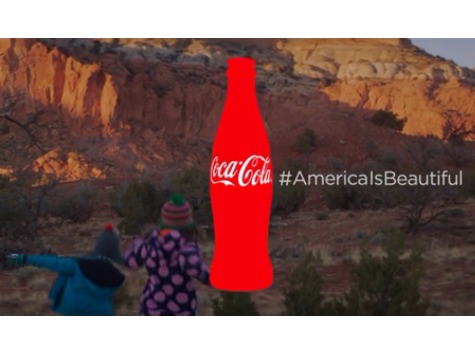 From the $4 billion spent on Super Bowl commercials, we saw clips that made us laugh (TurboTax’s earnestly phrased analogy of a school dance to a football game), ads that made us cringe (Stephen Colbert’s pistachio head cracking open for Wonderful Pistachios), and commercials that appealed to human instinct (it was impossible not to encourage the adorable dog-horse friendship in Budweiser’s “Puppy Love.”)
However, the most controversial commercial of the night belonged not to cars or beers or new technologies (all of which relied on celebrity appearances and overtly pathos-evoking imagery for effect), but to Coca-Cola.

In Coca-Cola’s Super Bowl commercial, “America the Beautiful” is sung in seven different languages. Showing this multilingual ad at such a traditional American pastime demonstrates true progressiveness in cultural acceptance. By singing a patriotic song in different languages and in various voices and tones, the commercial shows the beauty of acceptance and unity—and not to mention, the world’s universal love for Coca-Cola. We may speak in different tongues, but our palate is the same. Coca-Cola has gotten to a point where it can attract customers not by their taste, but by what they stand for.

Following the ad’s release, criticisms rolled in from every social media outlet. Though many people praised the incredible diversity and multicultural representation of the commercial, others claimed that it divided the nation and tarnished the meaning of “America the Beautiful,” resorting to crude hashtags to express feelings of disgust and betrayal.

I disagree. It doesn’t divide people into political stances, likes and dislikes, racists and progressives—the ad achieves quite the opposite. It transcends political boundaries and trivialities and nearly completely disregards the commercial aspects of the commercial in doing so.

As an Asian American, I appreciate Coca-Cola’s message for its recognition of our melting pot nation. We aren’t just American, but we are Asian, Indian, Arab, and Hispanic too. Coca-Cola’s “America the Beautiful” creates a song reflective of the nation.