Twenty years after his debut as an entertainer, Leehom Wang remains one of the biggest pop icons within the Asian American community.

Having started and built his musical career in Asia, Wang has largely been producing what he famously coined as “chinked-out” music, taking back the slur and creating his own brand of pop incorporating Asian and Western elements. He goes beyond his culture and meshes Asian elements like using an erhu, a traditional Chinese instrument and Western pop culture icons via collaborations with artists like Kenny G and Usher. At the same time, Wang has been slowly growing his acting career, working alongside some of Asia’s top actors and directors. Fifteen albums and ten films later, no Asian or Asian American artist has been able to move between both worlds quite as fluidly. 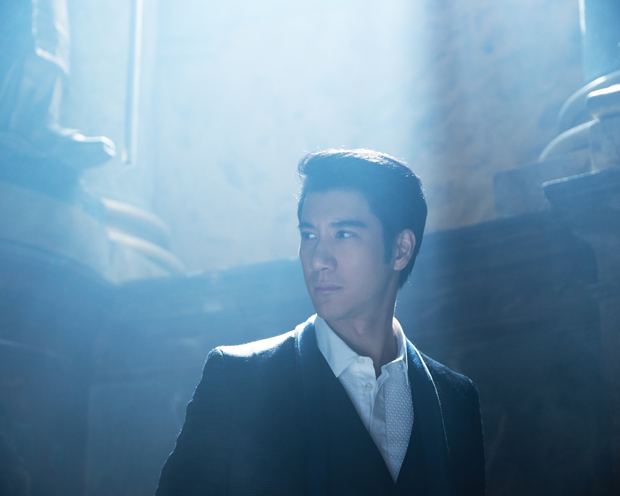 Despite his fame—or perhaps because of it—Wang continues to pursue his dreams with the same intensity and deliberation. He recently released Your Love, an album that took four years to compose.

“The concept of the album is the stages of love, and there are thirteen songs, so it’s like thirteen chapters of love,” Wang says. “It starts from the loss of love, to the moment of a break up, to heartbreak, to trying to forget, to being able to slowly pick yourself back together and move on, to getting to know God, to meeting the one, to protecting the one you love.”

Wang is known to be private and steadfastly maintains his professionalism in public, but he’s surprisingly frank when he sits down with Mochi. Though we don’t discuss his personal life in detail, he shares that being married and having a child have made him more grounded.

“I think there are probably fewer things that I want, that I desire, now. There are also [fewer] things that I have to do. My life has become much more simple,” Wang says. “I feel like I’m more professional now.”

In addition to releasing his album and starting a family, Wang has most recently been in the film Blackhat, directed by Michael Mann and starring Chris Hemsworth. A strong selling point in agreeing to the movie, says Wang, is that his character—MIT-educated cyber hacker Chen Dawai—speaks in perfect English. This means that Wang, who grew up in upstate New York, wasn’t forced into adopting a faux accent he doesn’t actually have. 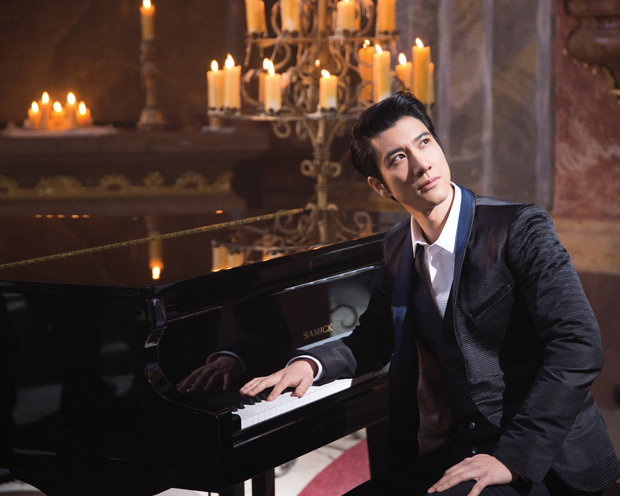 He recognizes, though, that non-stereotypical roles aren’t quite the rule yet. “For Asians, yeah, there’s the model minority stereotype, and there are a lot of [other] negative stereotypes too,” he says. “I think the Holy Grail for an Asian American actor is to land a role that was written for a Caucasian, and then for the studio to think, ‘Sure, there’s no problem for this guy to play that role.’ But I think right now still, in Hollywood, the first thing that goes through their minds when they look at someone like me is, ‘Well, he’s Chinese, so we should look for all the Chinese roles.’”

Stronger Asian American representation in mainstream American media is something Wang says he frequently discusses with friends like Stephen Fung and Daniel Wu, of AMC’s new martial arts drama Into the Badlands.

So how do we get there? Wang draws inspiration from pop culture, in the moments when something become a phenomenon. He references leading black figures and the barriers they have broken. “Will Smith [is] an African American actor who is able to lead a movie that was not written for someone African American—like in Bad Boys. 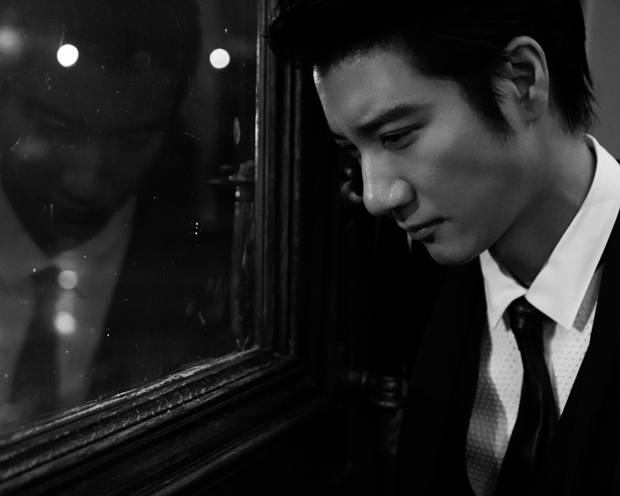 Looking at notable Asian Americans in pop culture history, Bruce Lee is one who Wang names as a “new paradigm for Asian Americans.” He also cites Jeremy Lin as another key figure: “He’s the person who broke down the wall in basketball. So he is a very important person culturally—not to mention the fact that he is a really great guy, someone that I’m proud to be friends with.”

One thing that sets Wang apart from some of the entertainment world is that he’s very much a scholar. He was scouted when he was still in high school, on a visit to Taiwan to see his grandparents, but insisted on graduating college before pursuing music full-time. And perhaps it’s this experience that propels his dedication to being an ambassador for the East and West. As Wang said in a speech at the Oxford Union in 2013, he believes that more cross-cultural exchanges will break down stereotypes and remove misunderstandings.

This lofty goal explains a lot for fans wondering why Wang has been traveling the continents. From collaborating with Avicii in Europe to working in Hollywood to infusing EDM into his Chinese-language albums, he’s determined to bring a little of Asia to the Western world and vice versa, bridging the disconnect between the cultures along the way.

“In this world of pop culture, I like to take on projects that have something to contribute to the socioeconomic stage internationally,” he says. Plus, Wang sees Hollywood’s growing interest in China as an opportunity to break down stereotypes—the same reason he wants to bring more Asian Americans into mainstream media. He says, “It’s the same goal approached from opposite ends.”