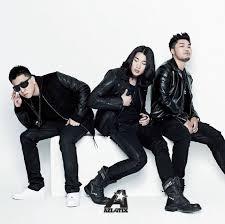 After wrapping up their sold out U.S. tour in November, the Asian American R&B/hip hop group is back for more. The award-winning group recently wont Best New Group Artist 2011 at the MNET Asian Music Awards and took the number one record slot in Korea, Taiwan, and Japan for their singles.

The trio consists of Nicky Lee, Flowsik, and Eddie Shin, all of whom were individual artists before being introduced to each other by the talented multi-platinum producer/composer Jae Chong. Their first video and one of my favorites is “Go,” which catapulted them to fame and amassed more than 550,000 views on YouTube. Their subsequent songs off their debut album Nocturnal have also become great hits, and although they mainly produce pop/R&B music, they are open to producing other genres of music, as seen in their rock mix,  “Be With You.”

I’ve been a fan of Eddie since he debuted in Korea as a solo artist and now Aziatix has stolen my heart too. But don’t let my sweet words tempt you, check them out for yourself and if you like what you hear, the U.S. tour dates are listed below. Also, look out for my exclusive interview with Aziatix in Mochi’s newest issue, The Underdog: Rooting for Unexpected Heroes.