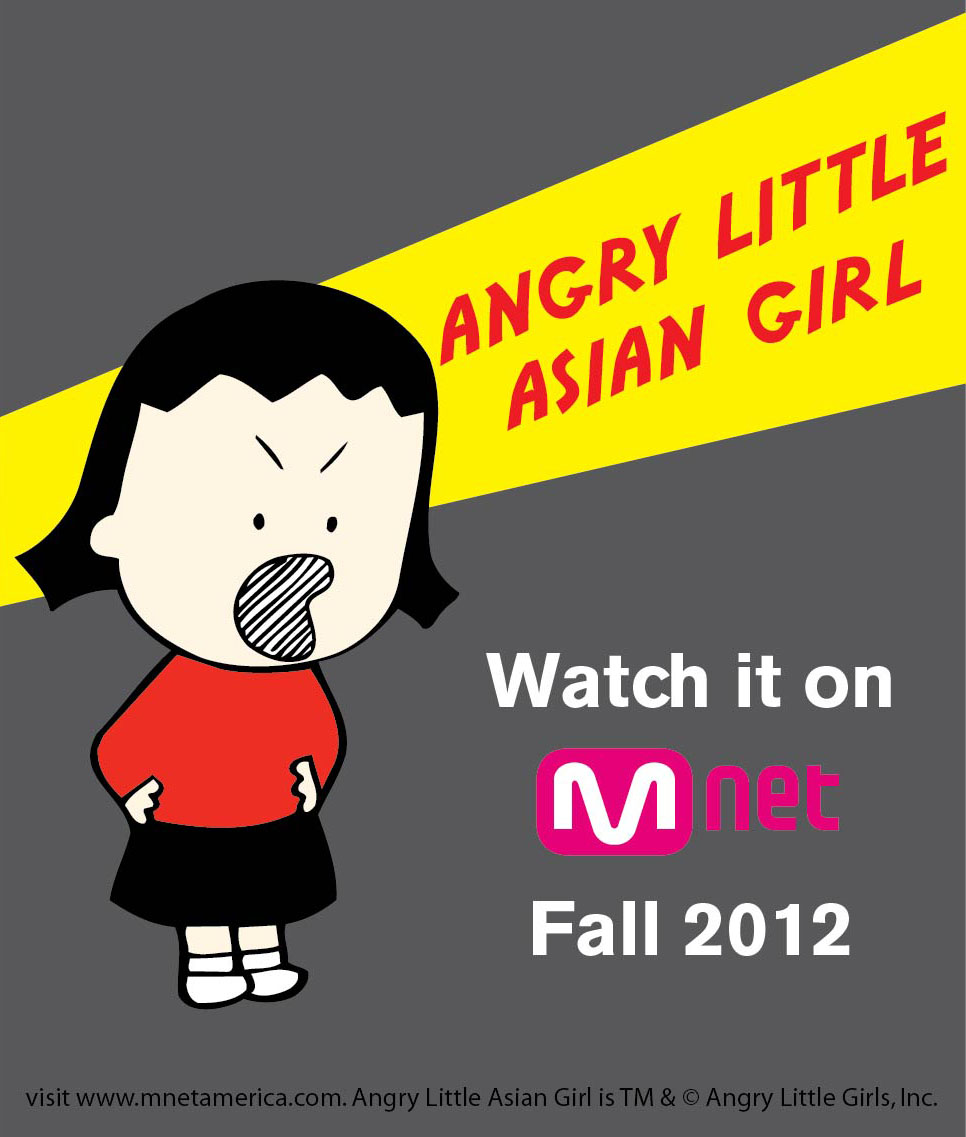 A new animated series, “Angry Little Asian Girl” on MNet, combines the talents of illustrator Lela Lee and actress Margaret Cho. The show follows the life of the protagonist Kim and her relationship with her immigrant parents, as well as her ignorant friends and boyfriend. Margaret Cho voices the role of Kim’s mother, Mother Lee.
“I’ve always wanted Angry Little Asian Girl to be an animated show. As an actress and writer, it was something that would combine my abilities,” says Lee.

Lee and Cho had met years earlier on the pilot of a show called “Five Houses,” where Lee played the daughter of Cho.

“She played my mother superbly, and her comedy act features her mother. She has the most accurate and funny Korean mom impersonation. I always wanted her to voice Mother Lee. Always,” says Lee.

Despite her busy schedule touring around the world, Cho says she comes into studios in different cities whenever she can and tries to get the voice overs done while preserving her voice. Luckily, she says, the writing is so great that it takes only a few takes to finish.

“I love playing Mother Lee as it reminded me of my own family,” Cho says.

Cho wrote and produced her own semi-autobiographical television series, “All-American Girl,” in 1994. It was new, aggressive, and controversial—and unfortunately pulled off the air after the first season. Almost two decades later, Angry Little Asian Girl has come forward to challenge the same stereotypes.

It’s not just a show with a message for girls, either. Lee, who has two sons, says, “The message that my sons understand about me is that Mom can get angry. I say “aigu” a lot and swear in Korean like my mom used to. Girls can be angry. They’re not always sweet and docile.”

When asked what she hopes to achieve with the show, Lee says, “I hope to have a long running series with a main character that gives a little color and sass to the land of pop culture.”

So, what makes Lee and Cho angry these days? “Stress. Deadlines. My kids when they whine. Being overcharged for things,” Lee says.

Two years ago, Mochi featured both Lee and Cho in our aptly-named “Influence” Issue. Today, they’ve continued to influence their audience both individually and together. Tune into “Angry Little Asian Girl” on Oct. 26 on MNet.