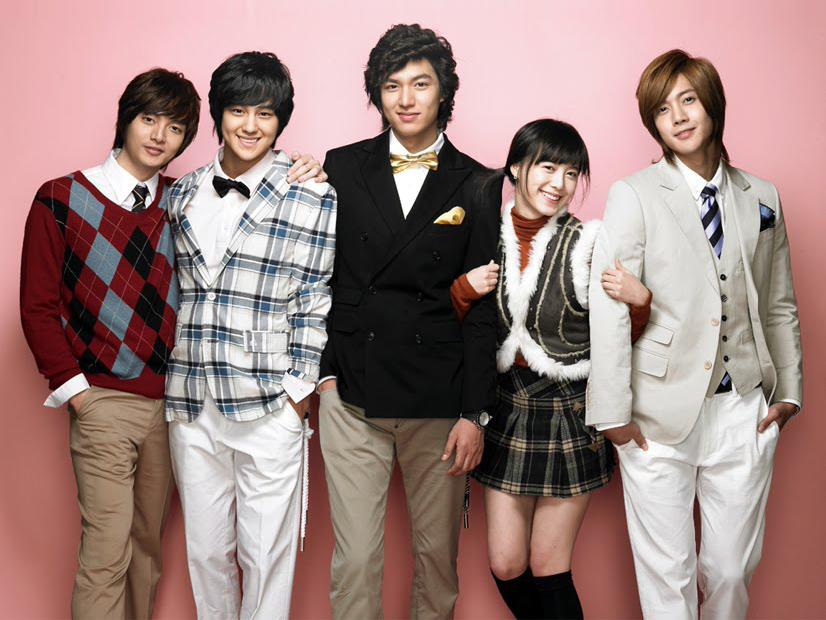 The earliest recollection I have of Korean dramas is from the fourth grade. Every week I would wait in anticipation as my parents brought home videos of new episodes from various dramas. In one of the shows we watched, two forbidden lovers decided the best way to preserve their love was to kill themselves…by driving their car into the ocean. When the series ended, I vividly recall all of the Korean students in my grade school class walking in the next morning repeating: “Oh my god, did you watch the last episode?”

Since then, Korean dramas have become accessible on an international scale, through multiple outlets such as YouTube, DVDs, videotapes, endless websites dedicated solely to posting videos of Asian dramas—you name it and they’re there. The one thing that hasn’t changed, however, is the storyline. There is always a love triangle, usually involving two men and one woman. One of the men is perfect, a close family friend or someone she has always had a great relationship with, while the other man is a wild card; he’s someone she has petty fights with until the fateful day she realizes he’s “the one.”

The roles of the characters are also very similar across all Korean dramas. Women are always typically beautiful, with their double eyelids and 24-inch waists, while conveniently incapable of carrying out their lives without being “saved” by her man at least once through the drama. She is a hard worker and less professionally accomplished than her male counterpart. She is a damsel in distress. Even though she tries to give a tough girl impression, at the end of the day when all is said and done, her rightful place is being on the arm of her man. The men are dominating, protective of their women and stubborn. Unlike the female leads, male roles are often given more of a character range, coming from different social classes and professional backgrounds.

In the hugely popular Korean drama “Boys Before Flowers” for instance, Jan Di, the female lead, is a kind person from a poor family who attends a prestigious school. Upon arrival, Joon Pyo, the school’s biggest bully and heartthrob, who comes from a wealthy family, sees to it that Jan Di’s time at school is miserable through extreme bullying (getting people to throw eggs at her, yelling at her in the halls to leave the school, etc.). Then there’s the good guy, Ji Hoo, who is an incredibly good friend to her and falls for her also. Love triangle ensues, and accordingly, Jan Di goes for Joon Pyo regardless of how poorly he treated her and becomes dependent on Joon Pyo to save her in various situations.

Regardless of the intention of dramas as a mere outlet of fantasy, the enormous popularity of these dramas and their addictive plotlines has made their storylines and expectations a staple of modern Korean culture. As much as dramas have influenced popular culture, they are also a reflection of traditional Korean culture and its view on relationships: men should hold a dominating, leadership role, while the woman’s duty is to follow and obey their husbands.

Korean dramas often corner women into a limiting stereotype by stating that the ultimate happy ending means being with your man. When there’s a love triangle, the two men fighting for a woman are enemies and the friendships between women are portrayed to be flaky and something that can be destructed at the drop of a hat over a man’s affection. In addition, there is always a power struggle in the way relationships are portrayed. Women play hard-to-get and seemingly have the upper hand, only to take on the role of a submissive girlfriend or wife after the relationship has been determined. These dramas do an amazing job of encouraging the archaic gender roles that were assigned to men and women in past generations, prompting women to look, dress and act a certain way. In doing so, they give the impression that these outdated roles are applicable in today’s modern world.

Don’t get me wrong, there were some dramas that I would watch religiously and there were times where I would think, “Wow. I wish I could be her.” When I got in fights with a guy, I couldn’t help but think “Wait… this happened in the drama I watched last week. Does this mean that we’ll go out because we’re getting into a lovers’ quarrel?” The way I interpreted my interactions with guys became completely skewed and my expectations for men became completely unrealistic: He had to be tall, handsome, successful and have a “bad” side.

Though it’s easy to become spellbound with the romantic stories that Korean dramas fashion, it’s still important to not take it too personally and realistically—relationships aren’t black and white, and to follow the ideals that Korean dramas offer would be backward thinking. Though dramas may satisfy our boredom and stir up some elaborate fantasies, it’s good to remind ourselves that at the end of the day, dramas are exactly that—a drama.