Home Entertainment’21 & Over’: A ‘Hangover’ that Ruined the Party Too Soon 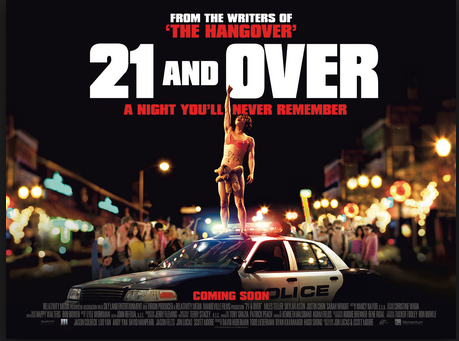 Starring Justin Chon (Eric in the “Twilight” series), Miles Teller (“Project X”), and Skylar Astin (“Pitch Perfect”), “21 & Over” is a “Hangover”-style romp for the college set. Writers Jon Lucas and Scott Moore of “The Hangover” make their directorial debut with this movie, and the parallels between this and its well-known Bradley Cooper/Phil Ed Helms/Zach Galifianakis counterpart are in-your-face obvious. The storyline is essentially the same—three old friends are reunited after years of growing apart, and party long into the night before realizing they don’t know how to get home. The difference is that these kids are all 20-somethings and like its characters, the movie itself feels just as amateurish.
There are very few surprises here—the meat of the movie is riddled with predictable debauchery by Miller (Miles Teller), the care-free partier who encourages Jeff Chang (Justin Chon) to go out the night before his big medical school interview. Casey (Skylar Astin) is the other extreme—the reluctant, slightly more mature but seemingly boring friend who is taught that he needs to relax and enjoy his youth. And Jeff Chang? As the resident Asian in this movie, his role is relatively minimal, considering he’s in an unconscious stupor for about half of it. During the other half, his drunken act falls just short of believable, although comedic it certainly is, complete with a semi-naked scene on top of a car in which Jeff is harassed by cops while his friends distract his worried tyrannical Asian father.

The whole movie can be boiled down to one simple theme: enjoy your youth and do crazy things while you still can. And the movie’s plot is definitely crazy. Only 20-something movie goers may truly enjoy it, because otherwise it comes across as too contrived and stale. The writers try to hone in on their successful “Hangover” formulation, even down to the same type of forced epiphany that ultimately leads to the resolution of the loosely constructed storyline. Its saving grace is its moments of hilarity, induced by either raunchy sex jokes or the obligatory rampaging animal. Unless you’re willing to sit through 93 minutes of semi-funny sex jokes and semi-funny intoxicated stupidity, the movie is just not worth it—like a semi-hangover, you had some fun the night before but just not quite enough.