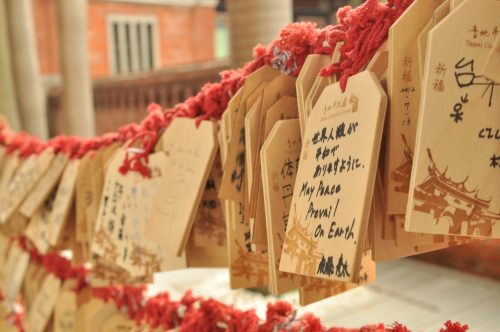 Ever since Taiwan elected a progressive, pro-democracy, PhD-educated woman to be President, I’ve been just a bit jealous of the island where my parents were born. Tsai Ing-wen’s landslide victory and record-setting voter turnout, even after a heated campaign and foreign misinformation, seemed like a cruel contrast to what the country of my birth delivered almost four years ago. After seeing Taiwan’s rapid and effective containment of COVID-19, I admit to looking up whether I can apply for second-generation repatriation. No fair, I want a functional democracy and healthcare system, too!

From where I sit as an overseas Taiwanese, it’s hard not to feel resentful over the American response to COVID-19. Asian Americans have endured months of subtle and overt racism on account of the virus. We canceled Lunar New Year celebrations, the one time a year we get to celebrate our cultures publicly, out of an abundance of caution before there were any community transmission cases in the U.S. Mere weeks later, white revelers — most of whom probably aren’t even Irish — defied social distancing recommendations to get drunk on St. Patrick’s Day. When COVID-19 was killing people and disrupting life in Asia, or when yellow peril emptied Chinatowns and put the most vulnerable immigrant communities at economic risk, it was somehow “no big deal.” Yet as the virus comes to indict American capitalism on a large scale, suddenly it’s the end of the world. Then there’s the so-called President fanning the flames of racism through Twitter when he should be listening to smarter and wiser minds.

Within Asian American communities, though, I’ve seen so many acts of solidarity I’m proud of. From sold-out dim sum brunch fundraisers to individuals in hard-hit areas offering free child care for beleaguered neighbors, the best of our cultural values are on full display. This is most apparent in the restaurant industry where so many immigrants and their families work. In New York, the owners of 886 restaurant are personally cooking up Taiwanese bentos for pickup and delivery, with all proceeds benefiting their kitchen staff. In Philadelphia, Thai restaurant Kalaya is cooking family meals for anyone in the industry who needs a bite to eat. Up in Maine, where only 1% of the population is Asian, local advocates have crowdsourced a list of Asian-owned businesses that Mainers can support through social media reviews and check-ins, as well as gift card purchases. Businesses that have already been struggling with a downturn in sales thanks to xenophobia are still showing up for their communities, because that’s just what we do.

Asian American heroes are showing up in other ways too. Zoom CEO Eric Yuan is offering free unlimited Zoom accounts for K-12 schools. Yo-Yo Ma is playing beautiful music on Twitter. Inclusive Therapists are offering reduced fee teletherapy to help highly impacted people cope with the double bitterness of discrimination and disruption. The Cosmos, an online membership focused on wellness for Asian American women, is offering ongoing digital programming to support those affected by the crisis. Amid worsening conditions, the Asian American Federation in New York continues advocating for immigrant delivery workers and making sure Asian American communities are counted accurately in the census. The Asian Pacific Policy and Planning Council and Chinese for Affirmative Action have created an online reporting center for coronavirus-related discrimination.

The status of Asian Americans as perpetual foreigners has ensured that we’ve never forgotten what it’s like to be marginalized, even if we have greater prosperity and security than our parents and grandparents. We’ve never forgotten how to practice mutual aid, which we’ve been doing for generations. So to paraphrase one of our many icons, I’ve never been more honored just to be Asian American.