Interview with Suzanne Park: Writing, Comedy and “The Perfect Escape” 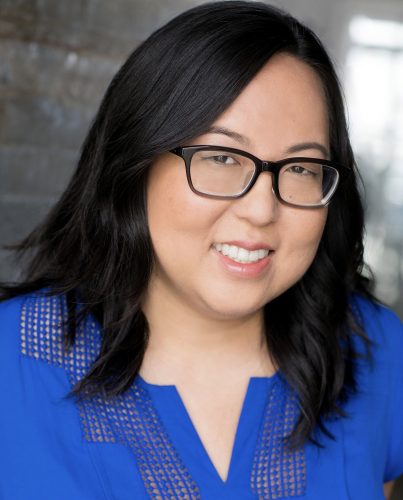 Don’t judge a book by its cover, or in this case, its description on the back. Suzanne Park’s upcoming debut, “The Perfect Escape” is pitched as a zombie escape room meet-cute, but like any good zombie flick, it’s really about so much more than the undead.

“The Perfect Escape” is about two teens, Nate Kim and Kate Anderson, who are each desperate for change. Nate considers it his job to lift his Korean immigrants out of their middle-class life through his ingenuity, but the chance to commit grade fraud offers an easy solution with too many strings attached. Kate, on the other hand, only wants to get away from her overbearing tech mogul father (think Jeff Bezos) and live her dreams far away from the West Coast. They meet each other at the zombie escape room where they both work, and a new survival competition with a huge cash prize offers them both the escape they need. But of course, it’s never that easy; high school, next-gen tech, zombies and feelings get in the way.

Park’s YA rom-com debut fits the fun, fast-paced spring break bill easily. Despite all the talk of survival and outdoor apocalypse strategy, her characters have fun and live their lives as regular teens despite the given situation they’re faced. The plot never feels as if it’s trying to get a certain point about class, identity or race across through specific commentary. Instead, it’s more like a reflection of how these particular teens feel about their lives, families, crushes and what they plan to do about it. There are definitely YA novels that set out to make statements, but rom-coms like “The Perfect Escape” says what it needs to with an easy smile.

But what that perfect escape means is actually much different than the description would lead readers to believe. In this story, it’s less zombie apocalypse and instead their life circumstances and the perceptions people put on them. Both Nate and Kim attend elite private schools, except Nate is at his on financial scholarship — a fact well known to everyone in his class. Though he chafes at his “skid” (scholarship kid) status, Nate has a group of solid buddies and tight-knit home life. Not the way he sees it, however. “Why couldn’t I have my turn with conspicuous consumption? My whole life I’d been poor… For once, would it really be that terrible to get a taste of being rich like everyone else?”

Kate, meanwhile, seems as if she has everything money could buy but actually suffocates under the constant monitoring, via authoritarian surveillance, from her absent father and unresolved grief after losing her mother. “The last few months I hadn’t felt like myself. Didn’t want to go out. Or hang out. I simply existed. That was it, the best I could do. Because my childhood died when Mom died.” Park reflects their economic and family differences with a lightness and the genuine feelings of teens convinced life is greener on the other side — wherever that may be.

Don’t just take my word for it. I spoke to Suzanne Park herself about “The Perfect Escape,” unconventional career paths, and writing about escape.

(This interview was edited for brevity and clarity.)

LR: Your bio says you’ve always wanted to write; were you the writer kid growing up?
SP: I’d always wanted to do comedy of some kind, I didn’t know what. I enjoyed writing comedic things; even in school I would take a very serious assignment and would always add a special spin. The teacher would pull me out of class and say, “You know, you almost had an A, but you interpreted Shakespeare wrong making a rap out of it.” So I would always try to be creative with my writing, but oddly enough, I was never a writer. I don’t know if this is inspiring or not, but when I was in high school I was not allowed into AP English because the teacher decided I wasn’t strong in English. Oddly enough, my senior year in regular English, we ended up reading other things like “Their Eyes Were Watching God” and other books that were beyond the white male repertoire; so I ended up feeling like that was probably the right path for me anyway.

LR: Why specifically YA rom-com?
SP: With this particular book, I felt like I wanted to stay in the comedy realm, but also with Young Adult I felt like there was a lot of room to experiment. My interests at the time when I wrote this book, I had just done a zombie escape room for my sister’s birthday, I was obsessed with “The Walking Dead.” And I read a lot of survival books and I got to this point where all of that seemed to be really funny to me, as well as something that I would have really enjoyed reading about when I was a teenager. It’s just kind of nerdy, kind of geeky. But also just the premise of two kids trying to embark on this journey of trying to get cash and then realizing they had this opportunity in front of them, which is this survival competition with a huge cash prize, it just seemed like it was a perfect thing for a YA audience.

LR: The whole point is Nate and Kate are “escaping” their situations. What was the purpose of that double meaning?
SP: The biggest divide between Kate and Nate, at first appearance, seems to be their finances and economic situations. But she’s miserable. And he’s relatively happy. So what I wanted to do was to show that these two people can bond on something as simple as a common interest in zombies and then realize that they have so much more to share together. What he needed, though, was to get his family out of a huge bind, and what she wanted to do was escape her current life and start a new one. And between those two things, both of them realized that this competition could get them to where they needed to be.

LR: Nate’s Korean heritage wasn’t the point of his character or story arc; how did you make him a normal Korean teen?
SP: I’ve read a lot of books like that, and I wanted to write about how his Korean family and his background influenced him and his desires and his familial expectations on him, were tough on him, but also show that he’s not the only kid that feels that he’s super isolated in that way. And then the books are partially fictional, so it’s a little bit like my own family. I wanted to write enough about my family and my parents and my culture, but not so much that my parents would disown me when the book comes out. So the mom and the dad have some similarities to my parents, and of course they enjoy American things too. Like eating fast food like Subway with kimchi and banchan, and I thought that was very typically something my family would do.

LR: I was also fascinated with the tech in Kate’s life, and her dad reminded me of Jeff Bezos.
SP: Amazon was where I thought the story was going to be about. I personally liked that kind of technology, and I’m a little worried about where it’s going, but I thought it would be worth bringing in. I haven’t really seen that discussed or mentioned in any of the books I’ve read in the YA contemporary space. So I definitely wanted to bring that in because I find that stuff interesting.

LR: Your bio also says that in your former life you were a comedian. What was that like?
SP: I was a comedian until two years ago. Honestly, I got into stand up basically by accident. How I ended up moving from one thing to another was, seriously, just a random thing. I didn’t know much about stand up at the time, but in seeing (a mentor) perform and then at that point is when I knew — she was from Seattle and also Korean American — and people were enjoying her stories on the stage and I knew that people could enjoy stories like mine. It was great because I found some success there, but I ended up realizing at some point that I wanted to switch to novel writing. I tried some other things too, like writing blogs, TV scripts and short stories, but writing novels seemed to be the best fit for me.

LR: While you were writing this book, how important was it to have a supportive creative community?
SP: I think finding a community is what got me through both the ups and the downs of hitting milestones in my writing. The thing about the ups is that you have people to celebrate with you and to encourage you to keep going; then in the downs, you have other people who can relate and they share stories and really lift you up. I’ve found that the writing community, at least the people I’ve surrounded myself with, have been super supportive. I think if I didn’t have this community, I would have quit earlier.

LR: What are you most excited for when this book comes out?
SP: What’s exciting to me is I have a few events set up in LA and Seattle, and I’m just excited to see the book in my friends’ hands and other readers’ hands. Because when you’re writing a book, it’s just you seeing the book on your computer and your editor seeing this Word file, and then to actually see the book in its true form and actually in people’s hands, that’s the most exciting thing to me. And also reconnecting with friends, doing the next step of writing, which is interacting with people who are reading your books,

LR: Last question: How do you think you’d do in a zombie apocalypse?
SP: You know, when I talk to people about everybody’s raw skills like are you a fast runner, do you have physical strength? I think I’m pretty crafty, I think I would do ok. I think I’m smart enough to align myself with the right people. But you know, I also think about other things… and  again I know basic things now because I’ve read about them, like how to start a fire with flints. But I hope I wouldn’t get eaten right away because I think I’m steady enough to know at least how to get by for at least a while. Hopefully I’d end up in a place with people who actually knew what they were doing. And I’m pretty good at wielding a golf club. I was thinking what kind of weapon I could use, and I think the only one I could actually swing with good accuracy would be a golf club.

“The Perfect Escape” by Suzanne Park is set to come out April 7, 2020. Buy your copy through Indiebound.org, or connect to your local independent bookstore via bookshop.org.