Editor’s Letter: Celebrating 10 Years, and an Announcement From Mochi’s Editor in Chief

This is a momentous editor’s letter for me to write. With this issue, Mochi celebrates our 10 year anniversary. I was in a college dorm room when I first spoke to Maggie on the phone and the idea for Mochi first came together. Now, 10 years later, we’ve published 32 issues, hired dozens of writers, editors, photographers, designers, marketing staff, and more.

This issue includes some of our greatest hits — 10 of Mochi’s top stories over the past 10 years — but also a look forward at some of the young actors, athletes and entrepreneurs that excite us, and who we hope to keep following for years to come. I’ve been proud to see how Mochi’s coverage has evolved over the years. We have always covered fashion, beauty, health, college life, and relationships — you’ll see all those topics reflected in this issue. But in the past few years, we have taken on other topics, partially because of the feedback we’ve gotten from our readers: Mental health, race, LGBTQ rights and politics. This issue features stories where our writers unpack Asian privilege, look at affirmative action, and talks to Asian Americans who voted for Trump.

But my proudest achievement, looking back at the past 10 years of Mochi, is the community we’ve built. We’ve got a list of alumni that’s 60 strong, staffers that have become great friends IRL, and thrown tons of events where we’ve gotten to meet you — the reader, the reason we do all of this. As many of you know, Mochi is a volunteer-run project, and I have been so proud to donate my time and resources to grow this community of people who care deeply about empowering young Asian Americans.

When Mochi was founded, we were largely focused on the issue of Asian American visibility in mainstream media. Ten years ago, we knew exactly who we wanted as our cover star — actress Brenda Song — she was, in my mind, the most visible young Asian American actress out there, thanks to her work on the Disney Channel. Since then, our covers have featured actress Jamie Chung, Kpop star Amber Liu, YouTuber Michelle Phan, and more. And of course, we couldn’t be more excited for the upcoming Crazy Rich Asians film, which premieres in August with a full cast of Asians and Asian Americans.

As we look ahead to the future of Mochi, I have an announcement to share with all of you. After many discussions, I plan to step down from daily operations at Mochi, as do Maggie Hsu, my co-founder, and Christine Wei, our executive editor. We’re not giving up on Mochi’s mission in any way — in fact, we believe it more than ever. But when we looked at where the future of a publication for young Asian Americans should go, we wanted to step aside to allow a new generation to lead the way. I was inspired by those in their teens and twenties as a teenager, and remain inspired by them today — just look at what the Parkland teens have done to incite a conversation around gun violence.

I know that there is a talented young editor out there somewhere who can take Mochi to new heights, to make it even more relevant for young Asian Americans, and to further our mission. Is this you or someone you know? We invite you to fill out our short application here, or send it to someone you know.

We plan to review applications on a rolling basis, and close the form on September 3, 2018. Our job at Mochi is far from done. Maggie, Christine and I will remain behind the scenes as strategic advisors to help guide our new team.

I couldn’t be more thrilled to see what lies in the future for Mochi. A heartfelt thank to everyone who has contributed over the past decade, in ways large and small. Mochi is, and always has been, a passion project and made possible by a supportive community of allies. We thank you so much for your continued support — and hope you’ll follow along for the ride. 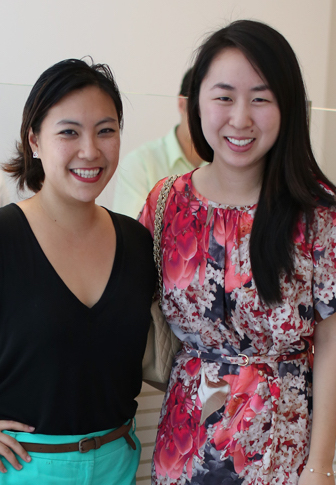