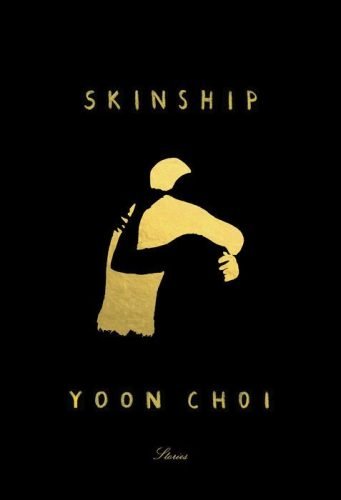 The only context in which I used to hear the word “skinship” growing up would be when my mother stated she was uncomfortable with it. “Skinship,” after all, is a pseudo-English portmanteau that combines “skin” and “kinship,” a word used in Japan and Korea to describe bonding through (non-sexual) physical touch. It’s used to stress the importance of mothers holding their babies, friends hugging, and domestic partners sleeping in the same bed at night. However, physical affection is rare and hard-won in a hard world, and set in this very hard world, is Yoon Choi’s “Skinship.” An uplifting and heartbreaking collection of short stories, “Skinship” challenges what it means to love; it captures the intricate webs of the Korean diaspora, the myth of the American Dream, and the complexity of human relationships — with our dearest ones, our communities, and even ourselves.

The title of the book is both ironic and apt. Instead of the scenes of lovers kissing and parents embracing their crying teenagers that we so often see portrayed in American media, “Skinship” portrays the alternative ways love and compassion can be expressed. In the story “The Church of Abundant Life,” it’s an older, childless couple struggling to survive and keep their bodega afloat in a low-income ethnic enclave, yet choosing to stay with each other. In “First Language,” it’s the simple act of sharing food; Sae-ri feeds her husband purple yam as a form of distraction on their way to pick up their problem-child son. Similarly, Sae-ri’s own mother fed her foods rich in “oil and sugar [and] red pepper sauce” until Sae-ri “could not hold on to every part of [her] sadness,” right before she was sent off to the U.S. for an arranged marriage. In “The Art of Losing,” it’s an elderly mother hiding her medical diagnosis from her family. In the titular story “Skinship,” it’s a father’s “mercy” towards his son as he wraps “the leather around his palm in such a way that you can feel the sting of the leather, but not the heavy brass buckle.”

The way Yoon Choi brings life to these acts of love, sometimes touching, other times cruel and perverse, is what makes her writing so spectacularly visceral. So many of us have grown up experiencing this “lack” of physical affection according to a Western lens, and yet being soothed with plates of freshly cut fruit seems to be a common trope in the Asian American experience. My immigrant mother’s love language was not hugging and kissing, but rather cutting mangoes into neat cubes and plating it neatly for us, while she scraped the remaining fruit off the pit with her teeth for herself. As Sae-ri observes, “The American marriage is talking and hugging. But that is not the Korean marriage. The Korean marriage is — what. It is one day after the other. It is the breakfast, lunch, and dinner.”

Although some of the relationships portrayed in “Skinship” do indeed embody Sae-ri’s mindset, it’s important to note the diversity of perspectives and different stages of the Korean diaspora as well. In the short story “Song and Song,” a teenage girl finds profound meaning in anagrams for the sole “fact that entirely different outcomes can result from the same source components.” Each character in the book has the same roots, but their experiences in the United States, like income levels and religious beliefs, are as richly varied as life itself. Choi highlights the many different reasons why people emigrate, how Korean American families change through generations of assimilation into American culture. As a direct challenge against stereotypes and monoliths, Choi features protagonists like working class ajummas and ajusshis who are disillusioned by the American dream, juxtaposed by a professional pianist and an Ivy League-graduated housewife who have both achieved upward mobility at great costs, and even a transracial adoptee who bears witness to the death of a Korean War hero.

I’ve grown up with these characters.

The Korean War hero in “The Loved Ones” is my grandfather. When Soo’s husband first brings her to the U.S. in “The Church of Abundant Life,” and her excitement quickly dissipates into horror at their new living conditions, she is my mother. I myself have lived Ji-won’s experiences in “A Map of the Simplified World” in an ethnically diverse, ‘90s Queens school, dealing with the racial microaggressions from a “well-intentioned” white teacher. To read their stories is like sitting with my family members and friends and having a heart-to-heart over a bottle of soju, awkward and direct translations from Korean to English and all. Although many of the idioms Choi uses, and therefore the poetry, would be lost on non-Korean speakers, she does not whitewash it. Neither does Choi sanitize the ugliness and shame that come with the human condition; she lays bare the inherent selfishness, and the racism and prejudice these characters face and internalize, and then perpetuate against Black and Latinx people. To see their stories represented on a page is to be told that, in a world where Asian Americans are often marginalized and ignored, we are being heard and seen. Not just as a model minority, but as real people with dreams and flaws that need to be addressed.

Reading Yoon Choi’s “Skinship” is like peeking into the future, as my hypothetical children assimilate and become more American, and inevitably drift farther from their Korean roots. But it also serves as a glimpse of the past, evoking an inexpressible love and immense gratitude towards my parents, my grandparents, and my fellow immigrant community members. In “Song and Song,” the anagram lover’s mother Googles things to say to a dying person, but poignantly, they are also the hardest things to say in many Asian American cultures. As our communities heal from the COVID-19 pandemic, rebuild lost businesses, and battle anti-Asian hate crimes, the book serves as a reminder to say these words to our loved ones while we’re still alive: “I forgive you. Forgive me. I love you. Thank you.” 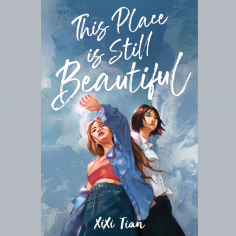 XiXi Tian tells an honest story of two biracial sisters who struggle with painful truths and find that... 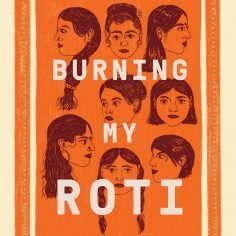 Sharan Dhaliwal, the author of “Burning My Roti,” gets personal and honest, touching on her experiences... 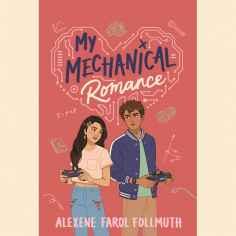