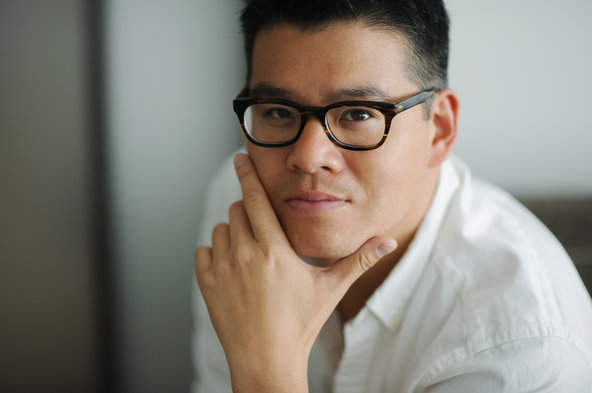 Fashion imitates art and vice versa, as seen at Art Basel in Miami and the Frieze art show in New York. See your favorite Asian fashion designers hit the art circuit in these two bi-coastal exhibits:
Alexander Wang, Jason Wu, and Phillip Lim are some of the most prominent designers of this century and to celebrate the work of these Chinese American fashion designers, the Museum of Chinese in America in New York has put together a retrospective exhibit called “Front Row: Chinese American Designers,” featuring up-and-coming and established designers. Among the pieces featured are Phillip Lim’s neoprene patchwork designs from his fall 2013 collection and Vera Wang’s bright red gown that’s tripped with horsehair.  The exhibit is open now and runs until September 29, 2013.

On the West Coast, the Seattle Art Museum is celebrating the revolutionary work of Japanese fashion designers, such as Kenzo Takada of Kenzo and Rei Kawakubo of Comme Des Garcons. The exhibit “Future Beauty: 30 Years of Japanese Fashion” is curated by Akiko Fukai, director of Kyoto Costume Institute and shows the ultramodern designs that reinvent, deconstruct, and counter Western couture designs, challenging the way people thought about fashion. Among the designers featured are Yohji Yamamoto, Issey Miyake, Kenzo Takada, Rei Kawakubo and more. The exhibit opens on June 27 and runs until September 8.