Home ActivismHow Does a State Recover From COVID-19? Looking to Hawai’i as They Center Women, Children & Vulnerable Populations

How Does a State Recover From COVID-19? Looking to Hawai’i as They Center Women, Children & Vulnerable Populations 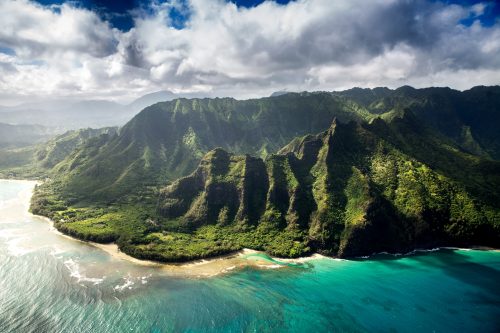 Almost no person or place has been left unaffected by the devastating grasp of the COVID-19 pandemic. Nations around the world are experiencing hardship due to economic shutdowns, quarantine lockdowns, mass unemployment and coronavirus-related deaths. Simultaneously, another crisis is brewing, one with underestimated consequences for the health of societies and economies: the (pre)existing gender inequalities experienced by women and girls.

The reality is that the economic health of a society has always depended on caregivers and individuals who do unpaid care. This duty of care traditionally falls to women. Women in places like Hawai’i feel an extra burden, affected not only by the shortages in childcare and eldercare but also a rising elderly population.

Due to the pandemic, Hawai’i is also experiencing staggering unemployment rates as its tourism and service sectors suffer massive losses. Hawai’i and the rest of the nation cannot return to the usual (and outdated) recovery playbook if we are to survive more events like the COVID-19 pandemic in the future. Around the United States, COVID-19 plans proposed so far focus on how to contain the virus and reopening businesses, albeit with safe guidelines in place. Yet these plans do not offer a step-by-step guide to economic recovery — relying simply on free market capitalism and consumer demand to restore the economy — nor do they take into account the pandemic’s profound effects on highly-impacted communities, such as women and immigrants.

Rather than ignoring the rapidly deteriorating state of current inequalities, this is an opportunity for state economies to rebuild in ways that transform the oppressive systems that marginalize and burden women and minority populations, creating positive change for all. How can we manage to deal with gender and other inequalities while we are in the middle of a pandemic? Both are being done right here in Hawai’i with the Hawai’i State Commission on the Status of Women taking charge, a statewide feminist government agency that works towards equality for women+ and girls.

(n.b. Women+ is the terminology used by the commission and “refers to women, girls and people who identify as women, including trans women, and who identify as femme, nonbinary and/or genderfluid.”)

Why Women Bear the Brunt of the Pandemic

For centuries now, women perform the majority of household care. With the school closures and virtual at-home learning brought on by the pandemic, as well as few affordable care options and insufficient aid, the workload has increased exponentially. Even working women now struggle to continue working, having to balance caregiving with helping the family stay afloat.

Women in the workforce are impacted the most overall, experiencing higher rates of unemployment. When massive layoffs ensued in March, nearly 60% of jobs lost were held by women. During that time, Hawai’i led the country in the most unemployment claims. Similar to national trends, it is believed that Hawai’i’s women have been impacted the most, as the state’s dominant service and tourism sectors are mostly staffed by women of color.

Women’s health, livelihoods and bodily integrity are also at risk. Globally, women have experienced increased levels of domestic violence. Hawai’i in particular has seen an increase in sex trafficking, sexual harassment and coercion by landlords, as well interruptions to healthcare services such as abortion access on certain islands.

United Nations Secretary-General António Guteress has urged governments to “put women and girls at the centre of their efforts to recover from COVID-19. […] Gender equality and women’s rights are essential to getting through this pandemic together, to recovering faster, and to building a better future for everyone.”

Despite all these alarming issues, Hawai’i’s House and Senate committees for COVID-19 response and recovery failed to include gender-focused and women’s rights organizations, as well as immigrants’ rights and other important minority groups. There is also little room for public input. The Hawai’i State Commission on the Status of Women’s feminist recovery plan addresses these gaps in the state’s committees and plans by including the voices of those most at risk.

“Building Bridges, Not Walking on Backs: A Feminist Economic Recovery Plan for COVID-19”

In response to the lack of comprehensive recovery planning, the Hawai’i State Commission on the Status of Women brought together a representative team of stakeholders from the state, grassroots organizations and nonprofits to start a dialogue on how to create real impact and change in response to COVID-19.

In April 2020, their ideas and suggestions were finalized and released as a feminist economic recovery plan, positioned to revitatilize Hawai’i’s economy while consciously centering women+ and girls among other impacted communites. It is the first recovery plan to include directives regarding women and those who are marginalized released in the country, and proudly declares its intentions to center these groups as “feminist.” As the commission states, “The road to economic recovery should not be across women’s backs.”

While this feminist recovery plan incorporates the voices and experiences of women+ and girls, it should be duly noted that the plan is also inclusive of other impacted communities such as immigrants and Native Hawaiians. Native Hawaiians are incredibly vulnerable due to the systemic oppression arising from Hawai’i’s colonial legacy, in which its monarchy was overthrown by white businessmen. Native Hawaiians experience some of the highest poverty rates in the state. They also have the highest rates of incarceration among the state’s population. Native Hawaiian women especially struggle to make a living, earning 70 cents for every dollar a man makes.

This innovative recovery plan outlines exactly how the state should build a better response to COVID-19, including a suggested allocation of response funds and guidelines to making more effective decisions. Listed is a sampling of the plan’s recommendations:

Additionally, the plan recommends that the state should develop a gender-conscious and socially responsive recovery.

Giving Women a Seat at the Table

For a state that typically ranks low in adequate representation, equity and equality for women, the feminist recovery plan infuses a jolt of inspiration and hope to the state, country and perhaps the world. After all, during the course of the pandemic, it is no coincidence that many of the nations that are successfully navigating the pandemic are led by women. Just a few noted female leaders taking charge these past few months and succeeding include Prime Minister Jacinda Ardern of New Zealand, Chancellor Angela Merkel of Germany, Prime Minister Sanna Marin of Finland, and President Tsai Ing-wen of Taiwan.

(Knowingly, there exists a counterargument that these female leaders’ successes are due to politics and leadership styles rather than simply gender. Regardless, it is worth examining these female leaders’ methods to learn from them, as these leaders have emphasized “empathy, collaboration with experts and a no-nonsense take on the virus.”)

Hawai’i’s willingness to think outside the systems is an admirable effort that other states can learn from. The key for states to fully recover from the pandemic and create sustainable change is to not just put women and the most vulnerable at the center of plans, but make them leaders in these plans and give them a seat at the table.