Home PoliticsIt’s the Affirmative Action for Me: A Conversation With California Faculty Association Representatives on CA Prop 16

It’s the Affirmative Action for Me: A Conversation With California Faculty Association Representatives on CA Prop 16 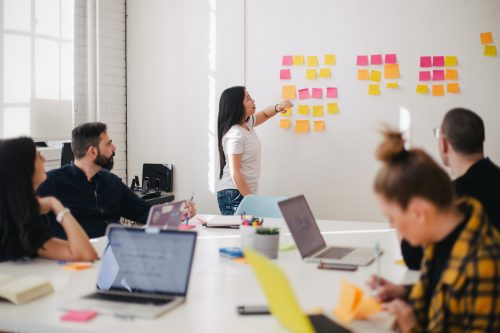 Affirmative action is always a hot button topic. Yet this year, California’s 24-year ban on affirmative action is up on the ballot. You might think this doesn’t apply to you unless you are college students, or have college-aged or younger children. But this ban goes beyond who gets into which university or college; it affects governmental contracts and efforts to create diverse working environments.

California Faculty Association (CFA) is a labor union composed of over 29,000 faculty and staff from all 23 California State University (CSU) campuses. CFA is one of the main co-sponsors of ACA 5, a measure to reverse, which now appears on California ballots as Proposition 16. I sat down with California Faculty Association’s Director of Government Relations Bryan Ha and two faculty members Kim Geron (CSU East Bay) and Darel Engen (CSU San Marcos) to discuss the implications of affirmative action and our state’s ban on such policies.

GO: In 1996, Proposition 209 was passed, banning state governmental institutions from considering race, sex or ethnicity. How did ACA 5 get on the ballot as Prop 16 this year, particularly in the wake of the racial reckoning we have witnessed?
BH: During the 1996 election, Prop 209 received about 55% of the vote, making California the first state to have a constitutional ban on race-based and sex-based affirmative action. Since then there has been a dramatic impact on the hiring of minority-owned, women-owned businesses as well as minority students entering higher education institutions.

DE: I can give a little context. Going back to the ‘60s and ‘70s there were movements for groups that didn’t feel that they were being treated fairly in American society, like people of color, women and so forth. The civil rights movement. The women’s movement. It was realized that historically [these groups] had not been treated fairly under the law. In an effort to correct that, there were affirmative action programs that were put in place to provide more access to women, to people of color, and so forth to get into schools, higher education, public contracts and things like that, because they had been tremendously underrepresented and there were all sorts of barriers for them to get equality in these areas.

What happened then in the ‘80s and ‘90s was backlash against [those movements], where white Americans claimed that they were experiencing something in particular. Something which they were calling “reverse racism”: That people of color were getting special treatment over whites. That is what led to Prop 209 in California — which was meant to basically end affirmative action programs on the grounds that some people felt that they were unfair and constituted reverse discrimination.

KG: A couple things I would add is CFA has worked many years around social justice and anti-racism initiatives. [During the same time period as] Prop 209, there were several anti-immigrant, anti-people of color pieces of legislation. There was Proposition 187 which basically worked to deny any social services to undocumented immigrants in the state. There was an anti-bilingual education measure that was also adopted. Technically, school districts are supposed to not be bilingual unless they get a waiver. That law still exists on the books.

That hugely impacted many dual-immersion programs for Asian Americans, so Prop 209 was part of a wave. We have always seen those as problematic, but they are difficult things to overturn because you have to go to the voters, pass an initiative, and getting any initiative passed in our state is a challenge. This one is very challenging.

GO: In light of the fact that there have been other attempts to reverse Prop 209, the fact that Prop 16 made it onto the ballot this year is quite a feat. Can you tell us about that process?
BH: [Earlier this year,] Dr. Shirley Weber, a Democratic [California State Assembly member] from San Diego, introduced legislation that would eventually become Prop 16 called ACA 5. What she stated at the time was that the ongoing COVID-19 pandemic as well as the recent tragedies involving police violence was forcing Californians to acknowledge the deep seated inequalities and the far reach of institutional failures that evidence that your race and gender still mattered.

[She also acknowledged] that this is a different generation who might be willing to begin the work to reverse Prop 209. The entire country is divided at the moment and we need a moment of healing; I believe that ACA 5 is a step in the right direction towards that moment of healing. We are not done yet.

KG: As Bryan just mentioned, there is a new generation of people. Even in the Asian and Pacific Islander communities that I teach and Darel teaches, I have seen this change: There is much more awareness about some of these issues. They are asking me about these issues. I don’t have to bring them up as the “old guy.” They bring them up and ask me, “How should I look at these issues? Where do these issues come from?”

This proposition is really about providing way more opportunities than we have had for the past twenty years. We’d be able to provide contracts for Asian businesses. I have been working with Chinese for Affirmative Action and that organization has been around for at least 50 years and they have been fighting to get affirmative action for Asian Americans for that whole time and they are still fighting for that. They are one of the few organizations in this country that still has affirmative action in their name and they happen to be Chinese American.

DE: If I can add a bit about CFA’s interest in this: CFA [has been] concerned about issues of racial and social justice for a long time. We view this as core to our mission as a labor union for the faculty of the Cal State University system because we are devoted to education. The California master plan for public higher education is designed to try to provide as much access as possible to the people of California to get a higher education, because that would be a good thing for the state to have an educated workforce, an enlightened electorate, and so forth.

The problem is that we haven’t had a level playing field when it comes to access to public higher education as well as public contracts and things like that. We want students, young people, and anyone who wants an education to have that opportunity. But there have been barriers on the basis of gender, the basis of race, and so forth that have made it difficult for many people to get that access.

That is the whole point of affirmative action: to try to have a student body that was more reflective of the actual demographic makeup of the state of California. As Bryan mentioned, with this moment, with the again renewed consciousness of some of the inequities that we have in our society this is why it is a good moment to bring this legislature forth again.

GO: Is there a diversity problem in the California public university and college system?
KG: Definitely. We would argue that Prop 209 has had a devastating impact on, in particular African American, Latino, but also Asian Americans when getting into the UCs. I went to the UCs as a grad student, and Darel, I believe you did too. We were around before Prop 209, so we saw way more people of color, whether using affirmative action or another program to get in.

Once Prop 209 [passed], there was a sudden drop. Still today, the numbers are very low. If you look at them, there are like maybe a 100 African Americans that get into UCLA or UC Berkeley. And it is not because they don’t have the talent and the skills and the ability; it is just the way that the system is set up, i.e. where they grew up, what schools they went to, all that factors in. Which is why — as you heard Darel explain — people fought to even the playing field, to at least consider race.

It is not the only factor, it is very important to make that clear. We can’t do quotas, we can’t do any of those things, but we should be able to at least consider race as one of many factors.

California is just one of 9 states that bars race and gender as a consideration in employment (i.e. providing educators that look like the students they teach) and in government contracts (i.e. contracting with Black-owned businesses rather than the cheapest contractor for the job) in addition to the admission of students.

Aside from CFA, Proposition 16 is supported by Chinese for Affirmative Action, the University of California’s Board of Regents, the ACLU, and the National Organization for Women among dozens of unions, businesses, and other organizations. Those against include only American Civil Rights Institute, American Freedom Alliance, Association for Education Fairness, Chinese American Civic Action Alliance, and Students for Fair Admissions, Inc.

California Faculty Association is a labor union that represents California State University faculty, including tenure-track faculty, lecturers, librarians, counselors and coaches across the 23 CSU campuses. In addition to affirmative action, CFA stands for equity and access for all students, faculty diversity, and free public higher education among other issues. You can learn more about California Faculty Association on their website and read up on Proposition 16 on BallotPedia, a nonpartisan online resource and nonprofit.