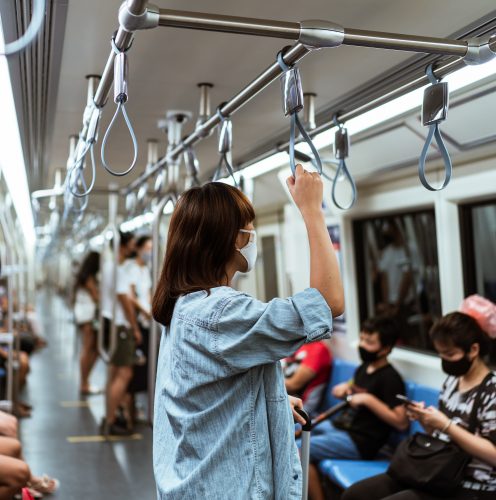 Between March and August 2020, the Asian Pacific Policy and Planning Council collected more than 2,500 incidents of anti-Asian discrimination from 47 states and D.C. These incidents range from shouted racial slurs to Asians and Asian Americans being barred from businesses to heinous cases of physical abuse and assault. The center receives almost 100 reports daily, with Asian American women reporting between two and three times more incidents than men.

I’ve been on the receiving end of racist harassment on three separate occasions in my Chicago neighborhood. The first time, I was out on my daily walk with my five-year-old daughter when an older white man screamed at us, “Go home and stay home you China virus!” If I had been alone, I may have been less startled, but my first instinct was to try and protect my daughter. She was confused and kept asking me what we did wrong. In my panic, I started yelling at her to walk faster and she started crying because a pebble in her shoe was slowing her down. I panicked even more because the man hadn’t stopped yelling and now I had a crying child.

I got us out of the situation, but I was angry at the man for his racist, hostile behavior in the presence of a child. I was also angry at myself because I let fear get the better of me and did not treat my daughter with compassion and gentleness in the moment when she needed me to.

It was an ugly thing to experience and these incidents affect our mental health.

Research shows there is a connection between racial discrimination and anxiety and depression. Crisis Text Line, a nonprofit group that provides free mental health support via text message, reported a 39% increase in texts from Asians between the first week of January and the last week of March. The biggest spike during that period happened the week Trump began using the phrase “Chinese virus.” By purposefully associating the virus with people of Asian descent, he and others like him have spread ignorant hate and fear that feeds acts of harassment and violence.

Navigating these attacks for our own survival — not to mention fighting them to defend our communities — is exhausting, and the stigma around mental health needs makes it difficult for many of us to discuss our struggles and seek care. Asian Americans are three times less likely to seek help than other Americans. Meanwhile Asian American women have the highest suicide mortality rate among women ages 15-24 and Asian American girls are 20% more likely than their white counterparts to attempt suicide.

Under normal circumstances, Asian American women move through public spaces knowing we could be subjected to sexual harassment, physical intimidation or assault because of our race and gender. I was only 15 years old the first time I experienced harassment — a grown man walked by me and groped my breast. I remember the rush of emotions, anger, shame, fear and anxiety, rushing through me all at the same time. My life has been peppered with these unpleasant experiences. Now, the coronavirus has been weaponized against us to enable even more racialized misogyny. Some of these instances were more dangerous than others, but nonetheless, each of them has chipped away at my psyche and I no longer take safety for granted.

Thankfully, I’ve been able to access mental health services over the last decade of my life that have helped improve my mental health. That isn’t true for everyone, especially now that record-breaking unemployment rates have left so many uninsured and struggling financially.

Asian Americans are held up as a “model minority,” assumed to not need support or resources. This myth enables some political leaders to downplay the impact of racism on our communities and to take little to no action against it. In September, the House of Representatives voted on a resolution condemning all anti-Asian sentiment caused by the outbreak of the coronavirus. For some reason, 164 of our representatives voted against it and even though it passed in the House, the Senate failed to take it up for a vote at all.

On Tuesday, President Biden issued a number of executive orders, including one condemning anti-Asian language like “China virus” and directing the Justice Department to collect data on hate crimes and harassment directed at Asian Americans. It is a positive step forward for the president to reject racist scapegoating and demonstrate leadership in creating a safe environment — physically, mentally and emotionally — for us all.

Still, many members of the Asian American community don’t have access to health care, and mental health care in particular, and we need the Biden administration and Congress to take action so that cost, immigration status and language barriers don’t stop us from getting it.

The model minority myth puts pressure on us to act stoically in regard to seeking treatment, but we are not anyone’s model minority. The unique and devastating impacts of the pandemic on Asian American communities will be felt for years to come. We should not ignore our needs, allowing stress, depression and anxiety to fester. Taking care of ourselves in a world hostile to our existence is its own act of resistance.

This article is part of Mochi’s Amplify, Align, Activate initiative. At Mochi, we are partnering with local and national nonprofits that serve our community of AAPI women and non-binary individuals to uplift and promote causes that matter to us and affect our everyday lives. For more information, see the Amplify, Align, Activate homepage. If you are interested in partnering with us, please email Giannina Ong (Activism Editor) at gianninaong@mochimag.com.