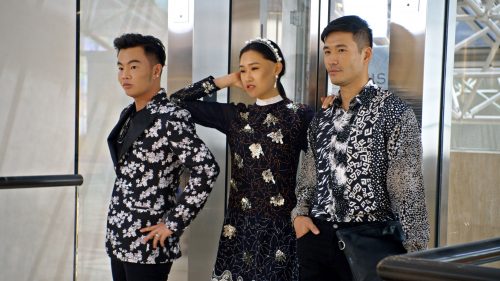 The pandemic persists into the new year, so let’s dabble in all the new content available on Netflix, guilt-free. The streaming network giant recently announced a slate of new films for 2021 and it’s an attractive lineup. Not to mention, new reality series like “Bling Empire”! It’s been years since I last watched reality TV, but I was pretty intrigued by the concept of a real “Crazy Rich Asians” in Beverly Hills.

Correct me if I’m wrong, but most of us have either seen or heard of the rom-com film, “Crazy Rich Asians,” or read the novel with the same title by Kevin Kwan. It’s a breath of fresh air to see an all-Asian cast on the big screen. Luckily for us, we can see more of this setup with “Bling Empire.”

“Bling Empire” has all the makings of a successful reality show: drama, interesting over-the-top characters, and, of course, eye candy — bling, designer clothing and stunning homes. I don’t want to give too much away, but after sitting through the first season (hopeful for more in the future), I felt like I have made new friends. Here’s the scoop on my new set of friends and what I love about them:

Kane Lim // @kanelk_k
A billionaire’s son hailing from Indonesia, whose family owns many of the luxurious malls in Southeast Asia, like Singapore and Thailand. Kane is down-to-earth, a genuine friend who will hop on a plane with no hesitation (Episode 7). I agree with his sentiments: “Just go shopping. It’s the best therapy.” And I appreciate his wall of designer shoes which are displayed like art in a museum.

Kevin Kreider // @kevinkreider
A model who is Korean-born but Philly-raised, and adopted at a young age by white American parents. Kevin has a good sense of humor with a side of gullibility. More importantly, he’s another friend to have at your corner who will fly out at the drop of a dime to support a friend (Episode 7). And the endearing relationship he has with his adopted mom is heartwarming.

Christine Chiu // @christine_chiu88
The “Queen of Beverly Hills and Haute Couture,” as described in the first episode, is Taiwanese-born and raised in Beverly Hills. Her husband, Dr. Chiu, is a renowned plastic surgeon and direct descendant of the Song Dynasty (24th generation to be exact). From the get-go, you see she’s the hostess with the mostest — she goes above and beyond with her extravagant parties in what she wears and gifts her guests. Above all, she has a heart of gold where she keeps her husband first, taking the blame in a family secret (Episode 5).

Anna Shay // @annashay93
Who wouldn’t want to be friends with Anna? She values her friendships and knows how to live life. My kind of girlfriend, who’s not too good to ride a scooter around Rodeo Drive, and her idea of surprising a friend for her birthday is a trip to Paris to have lunch at her favorite restaurant (Episode 1). Anna is Japanese Russian American, and her wealth is from her father, Edward Shay, a defense/government service contractor who sold weapons and defense technology.

Kim Lee // @kimlee
A well-known international DJ and former model whose parents are from Vietnam. She’s someone who definitely knows how to party and have a good time. How can you not want to be friends with someone who appreciates and loves music?

Kelly Mi Li // @kellymili
A woman who loves hard and works hard in her relationship — maybe works a little too hard. Like Kelly says, “Relationships are complicated and confused half the time.” Hilarious but true! She is a Chinese-born serial entrepreneur and film producer. A woman about her business is a great friend to have around to inspire you to be better.

Cherie Chan // @cherieofficial
I respect a bold woman who defies tradition and is a mama at the same time. I won’t give any more details as you’ll see when you give this show a go. Once signed to Sony Music, Cherie almost hit it big as a popstar in Japan. Her family’s wealth is from an undisclosed denim company.

Jaime Xie // @jaimexie
The fashionista of the bunch whose only drama in the series is choosing between two different Bottega Veneta purses, as you’ll see when she and her friends visit a shaman (Episode 5). Raised in Silicon Valley, her family’s wealth comes from the tech industry (specifically cybersecurity helping implement firewalls). For those who appreciate fashion and impeccable style like myself, Jamie is the one you should be eyeing throughout the show! Check out the time we chatted with Jaime a couple years back.

You’ve now been acquainted with my new set of friends in Beverly Hills! However, there is no better way to get to know them than by watching “Bling Empire” yourself. From the extravagant themed parties to casual get-togethers that involve a sex toy falling out of a window, and exclusive private shopping sprees in Paris, there is enough to keep you entertained to escape the current state of the world.