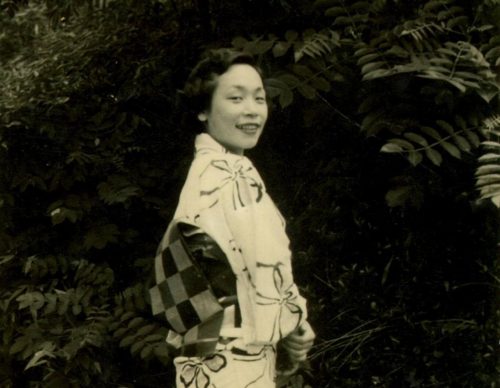 Even without the coronavirus taking 2020 hostage, this year had already been anything but normal for me. In late February, my grandmother, Misao Kobayashi-Henry, passed away peacefully in her sleep at age 89. It still doesn’t feel real, and because of how strangely time is passing now, it seems like both a few days and many years since she died.

My grandmother’s life was absolutely extraordinary, and she was the epitome of strength. She decided to leave her home of Saitama, Japan for the American Midwest after World War II. Despite being terrified of water and being seasick the entire time, she traveled alone for ten days on a boat to California. She then took a bus to Indiana with a newborn, and although she spoke zero English and faced postwar racism, she managed to create a wonderful life there.

For years, I thought my Japanese heritage was a static part of me. It simply was. But I’ve realized that it’s very much the opposite — like other aspects of my identity, it’s fluid and always changing and taking on new shapes. Her death brought me face to face with the realization that my cultural identity can change as time goes on.

Growing up, I was bullied like many other Asian American children. I got teased for my slanted eyes, nearly jet black hair, and having rice in my lunchbox. As a kid, it never made sense to me why other people wanted to make fun of me for being different.

Thankfully, during this time, I had the guiding force of my grandmother to keep me grounded. I thought she was the most incredible, amazing person ever, coming from a faraway land and creating a life for herself in the United States. She always made me feel proud of being Japanese, despite the bullying. Because of her, I was never ashamed of who I was.

After my grandmother’s death, I felt so disconnected from my Japanese heritage, something I had never experienced before in my entire life. I always knew who I was, but her absence left me reeling. My grandmother had been the piece connecting me to my family some 7,000 miles across the Pacific. What would it mean now that she was gone?

Strangely enough, quarantine has given me the time to reconcile those feelings — in the form of projects and hobbies. Like most everyone else, I was hit with the urge to be hyper-productive with the newfound time on my hands during the days (soon to be weeks and months) spent at home.

Unconsciously, I began to gravitate toward things related to my Japanese culture. It started off small — I decided on a whim to make dorayaki (a traditional Japanese pancake stuffed with red bean paste) for a snack. Then, I got out my old “Genki” Japanese textbook and tried for the nth time to learn the language. Slowly, I was rediscovering that piece of myself I thought I had lost.

It all culminated when I decided to make origami cranes one afternoon. I found my grandmother’s old origami instruction book, the pages stained with drops of tea and worn soft after decades of use. As I folded the beautiful origami paper, it hit me: I was taking my grandmother’s place.

All those years of being receptive to her stories, begging her to show me pictures of Japan and planning the trip that we would hopefully someday take had instilled in me a deep connection to my Japanese heritage. She had prepared me for this very moment, knowing that someday she would be gone, and someone would need to keep that relationship to Japan. That someone was me.

I’ll keep growing into my identity, always being proud of who I am, regardless of the circumstances — that’s what she unconsciously taught me all these years.

There’s a Japanese proverb, 花鳥風月, which literally translates to, “Flower, bird, wind, moon.” It means to experience all life has to offer in order to learn more about yourself — and that’s exactly what I’m going to do.