Home Lifestyle, RelationshipsIn Translation: Connecting with My Parents in a Different Culture 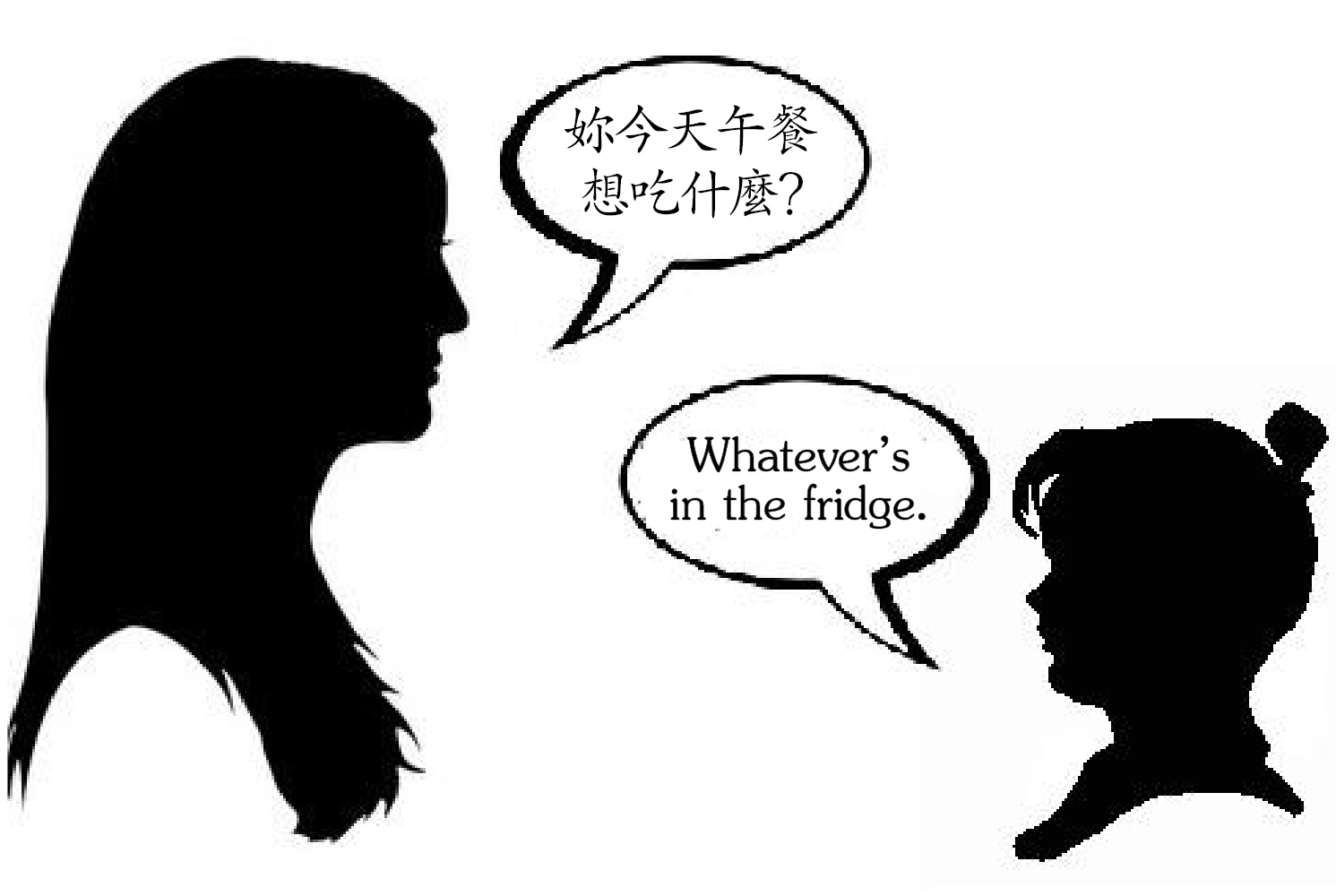 I grew up listening to one language and speaking in another. My earliest memories are of my parents speaking to me in Mandarin, but I still don’t feel comfortable responding to them in their native tongue.

Over the years, my parents and I have developed an unspoken agreement to converse in our respective languages. When my mom asks me (in Chinese) what I would like for lunch today, my default answer is “Whatever’s in the fridge.” Or my dad might sit next to me and deliver another lecture on why getting adequate sleep is important for my health. “I know, I know, I’ll try to go to bed earlier next time,” I mutter in English like the typical American teenager.

I don’t see anything unusual about this arrangement, but I seem to be an anomaly among my Mandarin-speaking friends. Whenever I visit their homes, I hear them switching effortlessly between speaking English to me and conversing fluently in Chinese with their parents. There’s almost always that awkward moment in which a friend’s mom asks if I can speak Chinese as well, and I tell them no, not really—I can only understand it.

“Nonsense! If you can understand it, you can speak it,” is her usual response. Then she cajoles me to talk to her in Chinese. I shake my head, saying that I have the worst American accent. My face is on fire at this point, and I can hear the undercurrent behind what my friend’s parent is saying: Are you really Chinese? They have a point. Sometimes I feel this part of my cultural identity doesn’t fit me well, and I don’t know if I can really call myself Chinese if I’m afraid of speaking the language.

But cultural identities aside, the split of two languages in my life seems to characterize how I relate to everyone around me. There’s an American me and a Taiwanese me, both inwardly and outwardly.

At school, I am known for my introversion. I use my modest voice, even around friends. My parents generally don’t let me hang out with friends outside of school, and I am sometimes baffled by the fact that some teenagers I know have the freedom to visit their friends any time they’d like. To do the same thing, I’d have to ask my parents about two weeks in advance.

At home, however, I shift into a more relaxed and extroverted version of myself. My parents perceive me as opinionated and rather silly-headed—the book-smart but clueless eldest daughter. I don’t exactly fit the mold of the “ideal” Taiwanese child. I’m squandering thousands of dollars of my parents’ money to major in English in college. I would rather dream up ridiculous ideas for fantasy novels than make a living in medicine or law.

I’ve been trying to fit together these two aspects of my identity for 17 years, but now I’ve realized that maybe I’m seeing a conflict where there really isn’t one. There’s no American or Taiwanese script for me to follow. And no matter which language I’m speaking, what’s really important is that I know exactly how to express who I am.