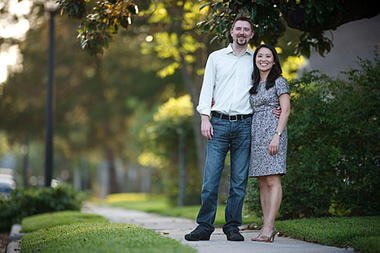 Interracial marriages used to be a taboo subject, but the changing cultural and ethnic landscape of the U.S. has enabled the rate of “mixed” marriages to rise in recent years.
According to a study released by the Pew Research Center, the number of interracial marriages has doubled since 1980 and now constitutes 14.6 percent of all U.S. marriages recorded in 2008. Despite these statistics, the U.S. Census Bureau has revealed data, which shows that interracial marriages are slowing down among two ethnic groups: Asian and Hispanic.

American-born Asians are one of the two demographic groups most likely to marry outside of their race (Hispanics being the other). In 2008, two out of five Asian women married a partner of non-Asian ethnicity compared to one in five Asian men. Thirty-one percent of Asians chose to marry another race, in sharp contrast to the 9 percent of Caucasians and 16 percent of African Americans participating in interracial marriages.

From a personal perspective, there has certainly been a marked shift in the acceptance of interracial relationships. A high school friend of mine, who is Caucasian, was initially terrified of bringing her Asian boyfriend home to meet her parents. However, her fears were unexpectedly allayed when her father told her it was not a big deal since “everyone else was doing it.”

What struck me about this study was the emphasis on American-born Asians who choose to intermarry. Having been born in the U.S. myself, I personally identify more with men who are not Asian for reasons I cannot entirely put my finger on. Around Asian men, I oftentimes feel pressured to keep certain thoughts and opinions to myself, but this weight is lifted when I am around men of a different race. In fact, in more cases than one, I have discovered that my “outspoken” qualities were nothing short of distasteful to Asian men, though of course there are exceptions to this general trend as well.

What is your opinion of interracial marriages? Would you ever consider marrying outside of your race, even if your family opposed it?

0 Replies to “Hot Topic: The Rising Popularity of Interracial Marriages”