From sugars to veggies, there are always common misconceptions about nutrition that need some investigation. Get up to date with the latest news about what’s actually good (or bad) about the nutrients you put in your system. 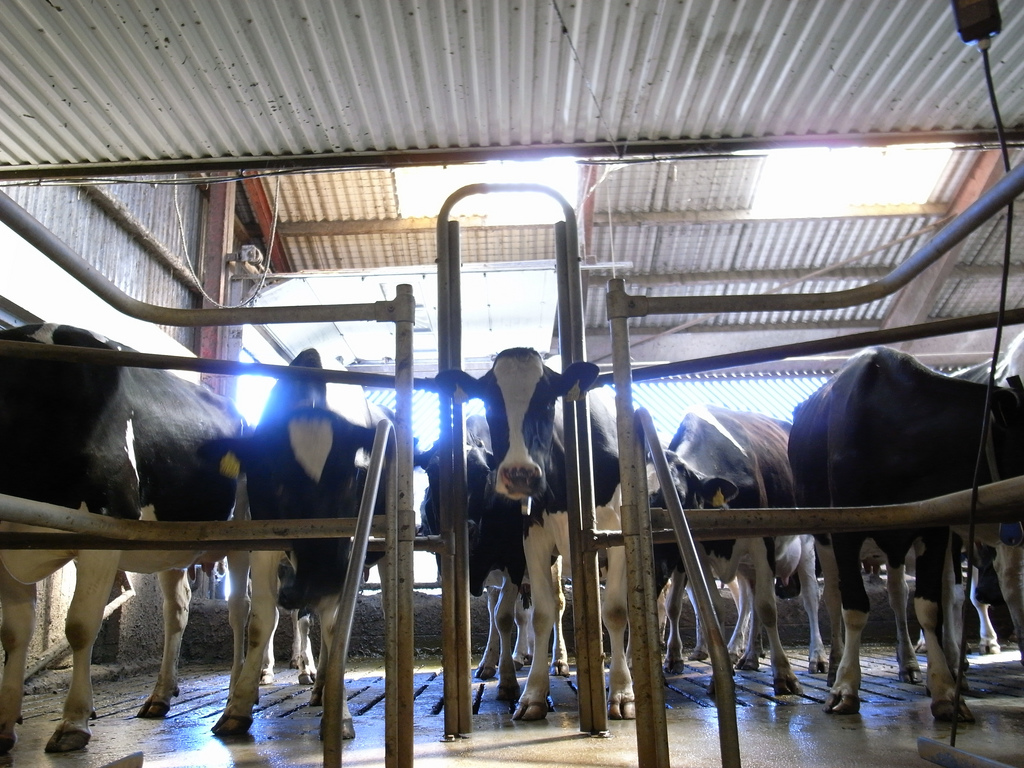 You may have heard that some cows receive artificial growth hormones to increase their production of milk. Ever since that news broke several years ago, there has been a media frenzy over how this affects people’s health. In short, it doesn’t affect it at all—not unless you’re taking the milk through a needle.

The hormone is a growth hormone in cows (bovine somatotropin BST) that has been made in a lab (recombinant or rBST) strictly for cows. The Food and Drug Administration in 1990 concluded that rBST is not a health risk for consumers and that the nutritional quality is not affected. This is because when rBST makes it into your stomach, stomach acids easily break it down because it’s a protein. It also cannot be absorbed intact in our bodies. Even if a small intact bit were to be absorbed through our stomachs, rBST is specifically made for cows. People do have their own version of this growth hormone, so the cow’s version does nothing to us. 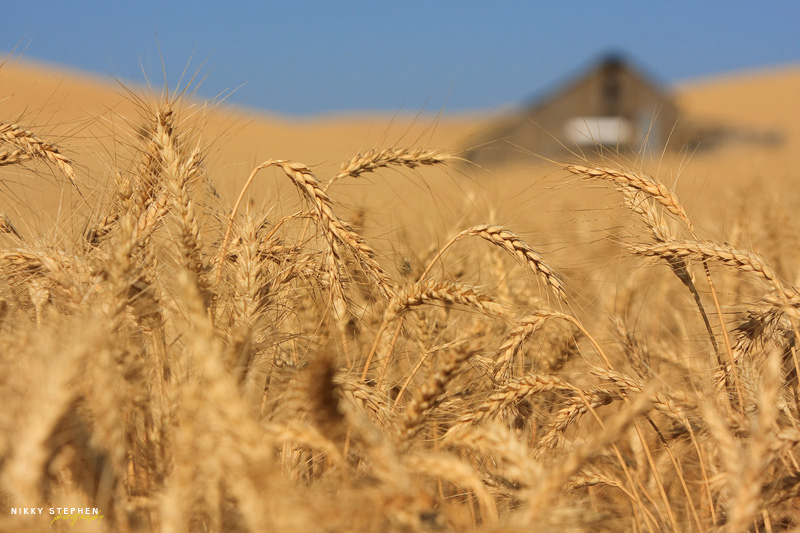 Gluten-free products are healthier for you

Lately, there has been a lot of awareness about gluten-free products and, as with anything that is labeled “free,” people jump on it and think it must be good for them—especially if it helps people with Celiac disease. The thing is, for people who don’t have gluten-sensitivity or Celiac disease, going specifically gluten-free has no real health benefit. In fact, it can be detrimental if you don’t do your food research.

Gluten itself doesn’t have any nutritional benefit, but because it’s so widely used in healthy foods like whole grains, if you cut out all forms of gluten, you miss out on a whole host of other important vitamins and minerals, such as vitamin B, iron, and fiber. So, if you think you have gluten-sensitivity, it doesn’t hurt to try and see if you feel better on a gluten-free diet, but otherwise, sticking with a healthy plate full of fruits, vegetables, and whole grains without thinking about gluten content is all that you need to live a healthy lifestyle. 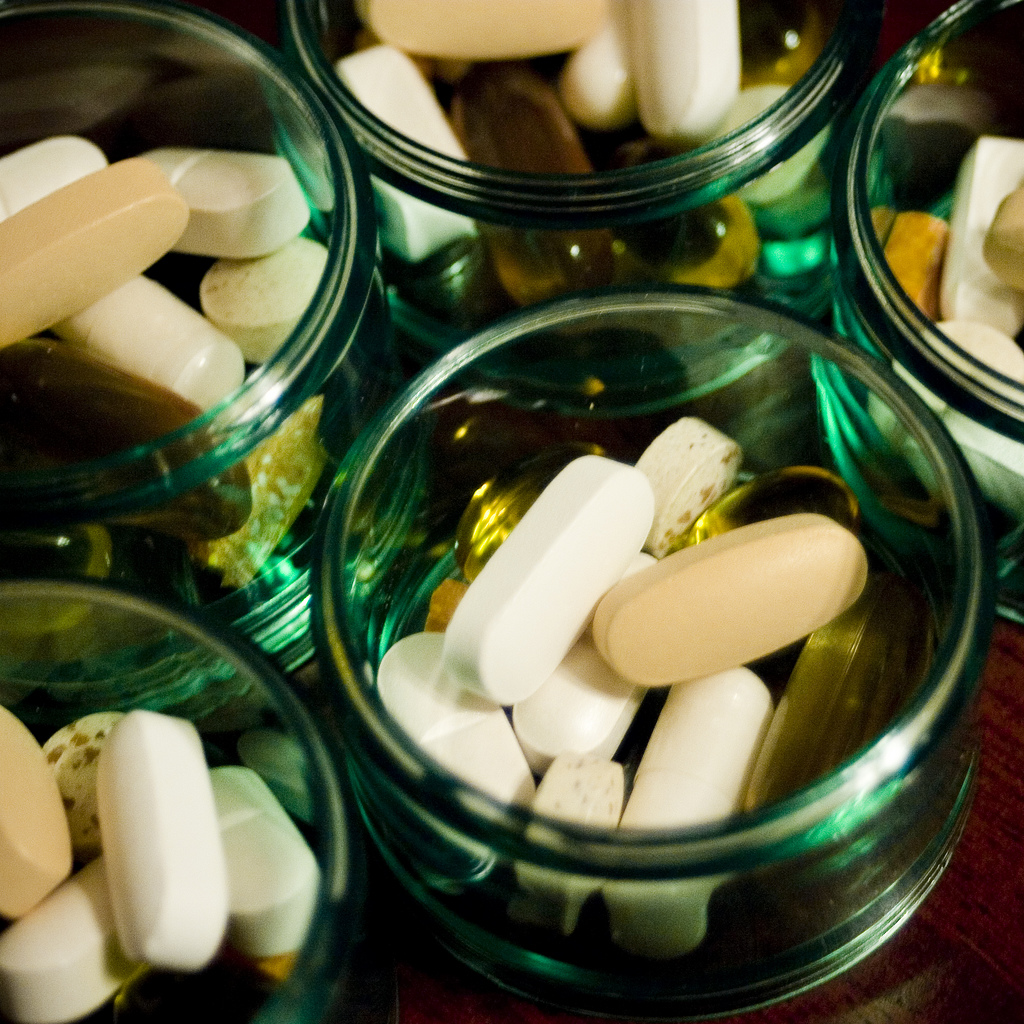 You can never consume too many vitamins.

Even when it comes to vitamins, too much of a good thing is still too much. There are two categories of vitamins—fat-soluble, which is processed by your liver, and water-soluble, which you urinate out. The problem with fat-soluble vitamins (A, D, E, K) is that they are stored in your body for long periods of time so excessive amounts cause them to build up to dangerous levels in the body.

National Institutes of Health suggests a daily limit for vitamin A that is less than 10,000 units. Excess amounts of vitamin A can cause dry skin, headaches, abdominal pain, and blurry vision. That last symptom is why your mom might have said carrots are good for your eyes! For vitamin D, the limit is 4,000 units per day. Vitamin D plays a role in calcium absorption and thus, too much of it can lead to too much calcium. These signs include constipation, abdominal pains, and increased thirst or urination.

Consumption of vitamin E supplements should not go over 1,100 units. High levels interfere with substances that inhibit clotting, so toxicity can cause unstoppable bleeding, especially if aspirin, or any other drugs that thin the blood (called anticoagulants), is taken with it. Vitamin K is the opposite—dangerous  levels will cause excessive blood clotting. However, toxicity of vitamin K is rare, and experts are still debating how much vitamin K people can consume before it is unsafe.

Vitamin supplements are most beneficial for those who have a documented vitamin deficiency. Otherwise, 2010 Dietary Guidelines for Americans notes that nutrients should still come from food because they are nutrient dense. Not only do healthy foods contain vitamins, but they also have other necessary minerals and fiber in a neat little package for the body to digest all at once. 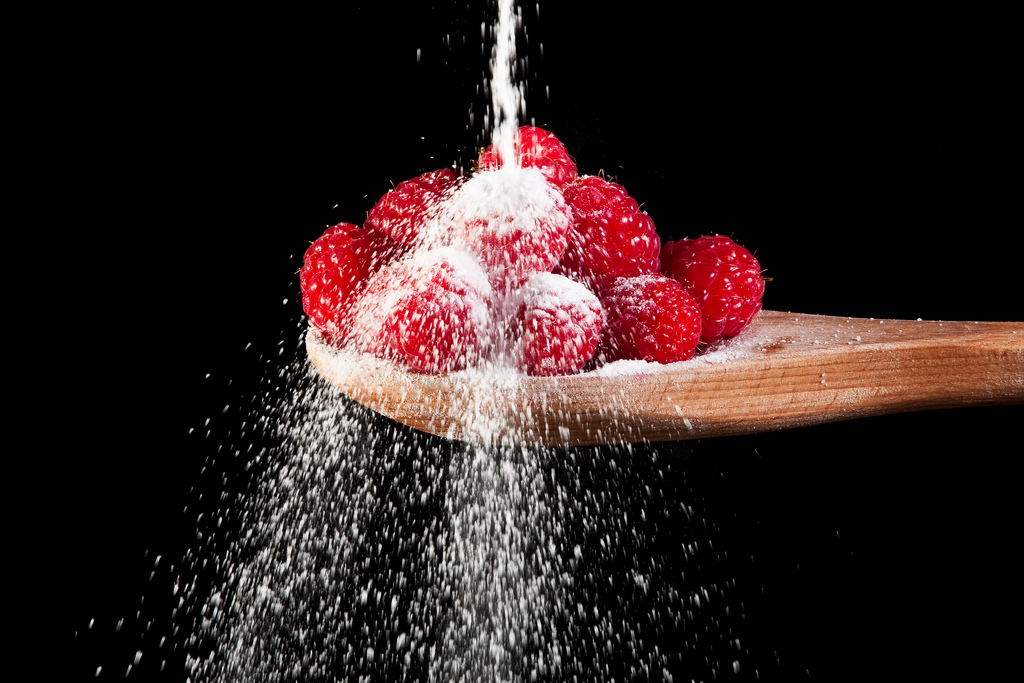 Fruit has sugar in it too, so it can’t be that much healthier for you.

There’s a trend in the nutrition world—eat everything in moderation. It’s true that fruits have sugar—fructose to be exact—but it’s different from table sugar, sucrose. Fructose does not cause abrupt fluctuations in blood sugar the way sucrose does because fructose is digested more slowly. However, there have been links with excess fructose consumption to diabetes mellitus type 2, just like with sucrose.

The difference is that fresh fruit offers a tremendous amount of other benefits in terms of vitamins, minerals, fiber, and antioxidants, which outweigh the amount of sugar you’re getting. Still, there are guidelines for what’s most helpful, with the USDA recommending two cups of fruit for women 19-30 years old or 26 grams of sugar per day. And depending on which fruit you choose to indulge in, the sugar count varies too. 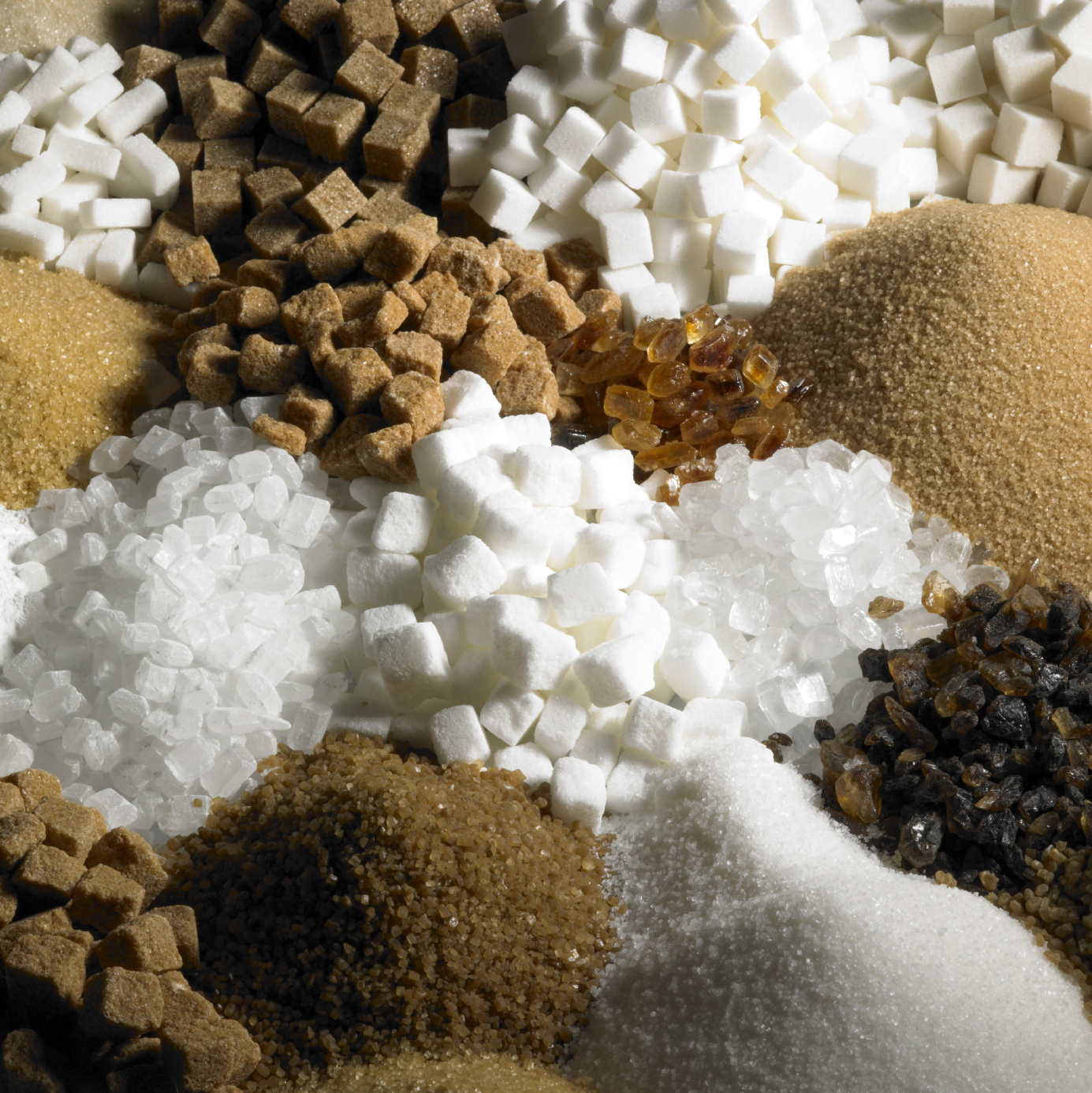 Brown sugar is better than white sugar because it is less processed.

Color doesn’t matter when it comes to sugar. Raw sugar comes from sugar cane and yes, it is a little brown when it’s formed. This is due to the presence of molasses, which is taken out of white sugar, thus making it white. In terms of the content, both have similar calories counts if you check the nutrition labels (around 16-17 kilocalories). White sugar is also 99.9 percent pure sucrose, while brown is 97 percent sucrose, 2 percent water and 1 percent other substances like calcium, potassium, magnesium, and iron in the molasses.

However, that 1 percent equals to such small amounts of those things that they don’t bring any health benefit. Though you may personally like brown or white sugar better due to the richer taste of molasses, neither one is “better.” 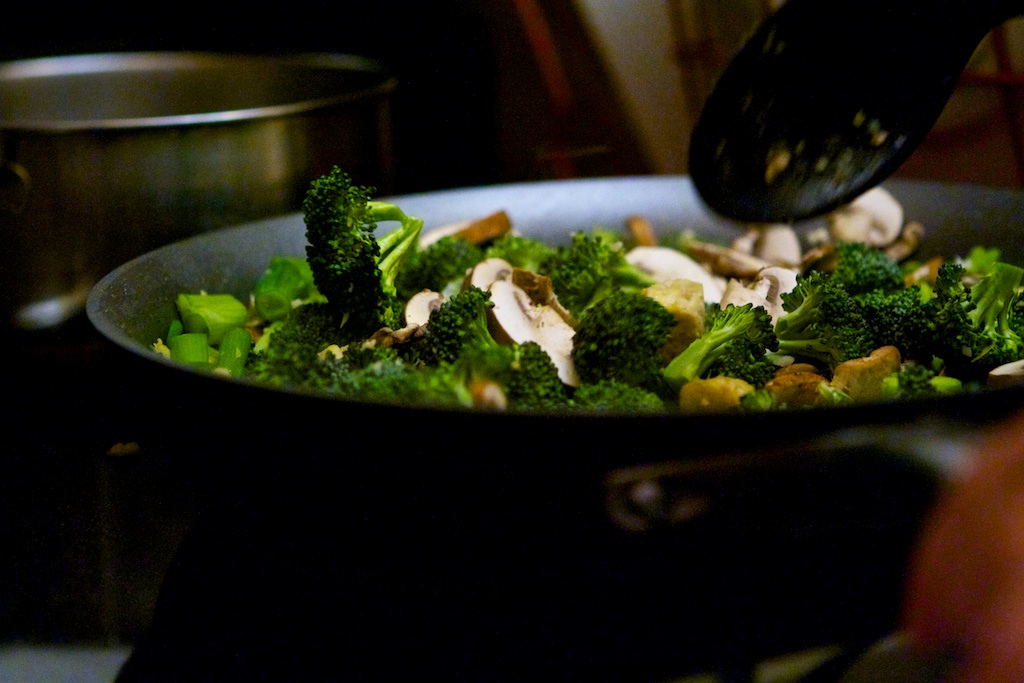 It’s no secret that eating vegetables is good for you, but does the way you prepare them destroy the nutritional value? It depends on the vegetable and how you cook it. Rui Hai Liu, a Cornell University associate professor of food science, told Scientific American that when it comes to tomatoes, cooking boosts the amount of lycopene, an antioxidant comparable to vitamin C, and helps the stomach absorb more nutrients. If you like mushrooms, asparagus, or cabbage, you’re in luck too because Liu says those also supply more antioxidants when cooked.

The other question is related to how the food is cooked—does it matter? A complicated study in the 2008 Journal of Agriculture and Food Chemistry comparing different methods of cooking for carrots, zucchini, and broccoli found that boiling often outshines steaming and frying as the best way to get the most bang for your buck, so to speak, with nutrient retention. So the next time you’re in your kitchen wondering what to cook, ask instead how you’re going to cook it! It’s just another way to help yourself move toward a better state of health.