You’re Asian. So you must be good at math, right?

“Not necessarily,” says New York University Professor Robert T. Teranishi. For over three years, Teranishi and other experts of education and Asian affairs have been examining the trials that Asian American students face in higher education. 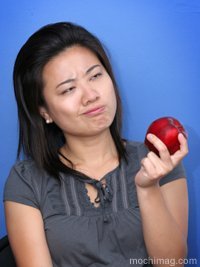 Teranishi started the National Commission of Asian American and Pacific Islander Research in Education (CARE), to investigate issues affecting Asians in the United States. In June, CARE partnered up with the College Board to publish a report that seeks to dispel the perceptions that Asians are the “model minority” — a term that became popular during the Civil Rights Movement when black people were deemed as “the problem” and Asians, conversely, were assigned the image of a hardworking “model minority.”

Catherine Diep, 16, Muskogee, Okla. knew nothing about this comparison, but she still feels the effects of this perception.

“Most of the other Asians in my school do exceptionally well, whereas I’m barely above average level,” she said.

Teranishi said that factors such as a person’s birthplace, first language, socioeconomic status, neighborhood and reason for immigrating to the U.S. affect the success of Asians in American higher education. He noted that there are 48 different ethnic categories of Asian Americans. For that reason, Asians shouldn’t be held to stereotypes, for example that all Asians are good at math.

Diep, like Teranishi, wanted to make people aware of the counter-productivity of Asian stereotypes. That’s why she founded a group called “All Asians are NOT the same” on Facebook, which has over 5,000 members. In the description on the group’s page, Diep posted a list of “negative” and “positive” labels she’s heard in school. She pointed out that although not all Asians speak the same language, none of them comprehend “ching chong.” Diep also said that not all Asians are short, skinny, badly driving Communists who are fresh off the boat.

Vice President of the College Board, James Montoya, said that the “positive stereotype” that all Asians are intelligent and hardworking is hurting many students.

According to the report, in 2003, 26.1 percent of all bachelor degrees awarded to Asian-Americans were in the social science and humanities fields — not in math, medicine, or engineering. This was more than the national average of degrees awarded in those fields, which stood at 19.5 percent.

The report addresses three main inaccuracies: Asian American and Pacific Islander (AAPI) students are “taking over” U.S. Higher Education, AAPIs are concentrated only in selective four-year universities, and AAPIs are a homogeneous racial group with uniformity in education and financial attainment, culture, religion, and histories.

Fueling the stereotype that Asians are extremely high achieving is the large number of international students attending college in the U.S. These Asians may be contributing to the perception of an Asian “take over” in higher education and the reason why students have made up alternate meanings for acronyms, such as “made in Taiwan” for the Massachusetts Institute of Technology (MIT). Montoya said that these international students tend to be exceptional in their fields and, on average, have higher SAT verbal and math scores than Asian Americans who attended high school in the U.S.

Another reason why people might perceive there is a collegiate Asian invasion is because Asians tend to live in clusters. The report says that nearly half of all AAPI students attend college in California, New York, and Texas.

Ramona Kywe, a theater major at Columbia College, believes that the idea of a “model minority” applies to the more affluent East Asian countries. Kywe said that she felt the most pressure to fit the mold of a studious Asian student at her high school.

“They (Asians) are so used to being lumped together,” Kywe said. “I’m ethnically part Chinese, but culturally, I consider myself Burmese. So, I don’t know much about being Chinese. When it comes to ethnicity and culture, people expect them to be intertwined but sometimes they’re not.”

NYU professor Teranishi emphasized that a major goal of the CARE report is not only to correct misconceptions about AAPI students, but also to encourage more specific research on Asian Americans in higher education

“Our point is that it is almost impossible to tell [how ethnicity affects academic success] with the data that exists now,” Teranishi said. “It’s especially difficult with the Asian population because it’s such a large, diverse population.”

2 Replies to “The Model Minority Myth”