A College Consultant’s View on Affirmative Action and College Admissions 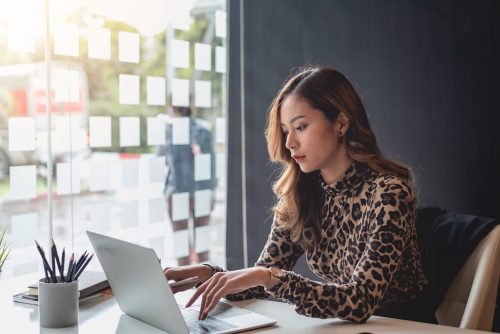 Gather around, high school students, we need to have a chat. Invite your parents, too. When I worked as an education consultant, parents paid upwards of $30,000 for SAT training and advice from yours truly, so I promise I’ll make this worth your time.

Here’s a lightning-quick history lesson: affirmative action stems from the Civil Rights Act of 1964, which essentially protects against discrimination based on “race, color, religion, sex, or national origin.” Actions to affirm these civil rights have been implemented in places of work and education, in an effort to even the playing field full of ditches and hills.

“But it’s not fair!” whine students like Abigail Fisher, a girl who claimed that the University of Texas didn’t admit her because she was white. “It’s totally unfair!” agree the Asian American families accusing Harvard of similar racial discrimination.

Edward Blum, legal strategist and president of Students for Fair Admissions, is behind both of these cases. What Blum and his client Abigail may not realize is that when admissions is based only on test scores, we end up with the Stuyvesant High School scenario: mostly Asian. And what Blum’s Asian American clients may not realize is that in college admissions, more seats are taken by privileged students than by underrepresented minorities. So if banning affirmative action won’t help Asian Americans get into their dream schools, what will?

Last year’s New York Times piece introduced us to Austin Jia, a student at Duke who felt overlooked by the Ivy League schools. What I’m about to say is nothing against Austin personally (I’m sure he’s a wonderful guy, and he sure looks sharp in that photo), however, when I read about “his high GPA, nearly perfect SAT score and activities—debate team, tennis captain and state orchestra,” I didn’t think, “Wow, he deserves Harvard!” I thought, “Sorry Austin, but you’re boring.”

Asian American students with perfect numbers, tennis/badminton/volleyball, violin/viola/piano, and other similar extracurriculars are following a plug-and-play formula taught to them (sometimes forced on them) by their parents—and it’s ultimately hurting their chances of college admission.

It’s understandable how the formula came about—many students who follow it have immigrant parents who are unsure of how the U.S. school system works. Their friends and the media they consume tell them that to get into an Ivy League, one has to be academically focused, musically accomplished, and be a leader in some white-collar sport. If this doesn’t work, it must be affirmative action’s fault, right?

Not quite. While it’s true that colleges seek minorities, this means minorities in every sense of the word. Someone who grew up working in a morgue, kills it on the bagpipes, or took a gap year to hike the hardest trails is also a minority. With thousands of applications piled up, colleges are looking for students who stand out.

When admissions officers admit that many Asian American students look the same on paper, it’s easy to hear that as racism. As someone who sorted through hundreds of Asian Americans’ college applications though, I have to say it’s valid criticism. I saw relatively few applications and already I found them to be redundant. I can only imagine what it’s like for Harvard’s admissions team, reading thousands of applications and only having room to admit 5 percent.

Colleges aim to build a student body that is diverse, because our world is diverse—learning to work with different kinds of people is part of a complete education. So students, be the kind of people others can learn from—self-aware, passionate, and impactful.

Parents, let your kids develop their own interests. Discipline is a wonderful trait, but let their energy and joy direct where to exercise that discipline. Chances are, if they’re doing what they love, they’ll accomplish more in that area than in any prescribed activity.

There’s no guaranteed formula into the top schools, because no one is entitled to those few spots. If you focus instead on cultivating your individual qualities and purpose, it won’t matter what school’s name is on your diploma. You’ll stand out and find your way onto a path to success.