Part I: An Aspiring Journalist’s Move to New York 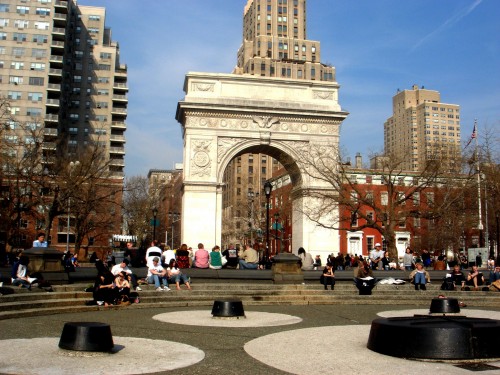 There—I said it. I’ve been putting off writing the first part to this two-part series chronicling my postgrad life because the idea of writing that opening sentence was freaking me out. It’s like sending out a press release that I am following through on this crazy plan to uproot from my comfortable life on my parents’ couch to a friend’s couch in an extremely crowded, costly, and cold city where people my age flock every year in hopes of achieving their (potentially unrealistic) dreams that (most certainly) get crushed. Writing these sentences seals my fate.

I graduated in December, a semester later than most of my friends. Many of them now teach abroad or have been getting the hang of applying for jobs since May, but I feel like I’ve been spit out of a still-moving car. Go, go, go, the world says. You graduated before the spring rush. Take advantage of it. Leave South Carolina NOW. I had an internship at a magazine in New York last summer, so the natural next step in my mind was to move back to the city where most publishing jobs are. In the past month, I have been trying to sort out my feelings about this big change.

For Christmas, my mother gave me a copy of Mindy Kaling’s Is Everyone Hanging Out Without Me? (And Other Concerns). In this book, Kaling has a chapter entitled “Failing at Everything in the Greatest City on Earth” under the section “I Love New York and It Likes Me Okay,” wherein she details her postgrad move to New York with her best friends. She writes, “So I left college feeling like a successful, awesome, tall person. Then, in July of 2001, the three of us moved to New York.” Jobless, these girls look at renting places in Brooklyn and end up in a dumpy apartment in Windsor Terrace. Kaling is an au pair for two years with random jobs like working behind-the-scenes at a psychic’s TV show. Reading this chapter feels like reading my life, except that no one will ever hire me as an au pair because I’ve never babysat. I graduated when I felt like I’d hit my stride—I was recognized as a competent editor of my school magazine; I lived in The Best Apartment I Will Ever Have in My Adult Life; the baristas at the coffee shop I frequented finally learned my name and salad dressing preference after four and a half years of stamping my drinks card. It’s a good place to be—but I know that it’s time to move, or I will get stuck.

Here’s advice if you are in the beginning stages of college: Stop buying things. Because when it comes time to move back home from The Best Apartment You Will Ever Have in Your Adult Life, you’ll realize that you’ve collected a landfill-sized amount of stuff while in college. Remember that thrift store phase you went through? “Ahhh, what? This is only a dollar?” Now you have boxes of “graphic” drinking glasses to individually wrap; 53 frumpy, floral skirts you could never wear to a job interview; and a 75-lb. antique Singer sewing table (“Vintage is so cool.”). And all that cheap stuff forced on you at your student union? Now you have bookstore bags crammed with stress balls, plastic sunglasses, name-tag holders, and XL t-shirts advertising events you never attended. It is a nightmare. There are so many things crowding my bedroom floor that I can’t even put a chair at my desk. I typed half of this article standing. Do not waste your money, ladies. Buy a plane ticket or some silky dress shirts instead.

It’s tough to transition from feeling independent to living at home. My parents try not to be too invasive, but they have this habit of marching into my room and starting conversations when I’m clearly sleeping (“And what about the raking, Malia? And why is there so much stuff in this room? Why did you buy all this? Are you listening?”). They’re not quite sure how to handle their 22-year-old daughter suddenly home again and constantly stressing out about whether or not she’ll get hired, especially “in this economy.” They are supportive of me, but I know they’re sad that I’m moving on so soon.

I’ve spent the past few weeks saying goodbye to many things, and I’ve wrapped myself up in the logistics of moving in the middle of winter. In the South, cold weather is treated like an accessory—“Oh, it’s 45 degrees today? Isn’t that so cute and wintery? I can’t wait to dust off my peacoat!” I spend my days on my computer flipping through job postings, images of coats that look like sleeping bags, and reading Craigslist apartment postings out loud in a terrible Northern accent. I’ve gotten caught up in the details of leaving, but now that I’ve picked a week to move, my plans are starting to crystalize. Sarcasm aside, I am equal parts excited and scared shiitakeless of this reality. I feel bittersweet to leave behind a hometown that has treated me well, but I’m eager to be in this new place and to start over. I want an adventure while I’m young and my knees can still handle climbing up to a fifth-floor walk-up every day—these are the stories I’ll chronicle in my Kaling-esque memoir or tell my grandchildren someday. I can put up with many things in order to live in this city because in New York, everyone makes do with less, so you all play this game together.

It all comes down to this big move: two overpacked suitcases, an updated résumé, and an impatience to get started on whatever is to come.

Blog editor Malia will be reporting back as she hunts for a job in New York City. Follow along for part two, coming soon.

Sponsored Text Link:
Orbitz coupons are around if you want to follow your dreams, too.