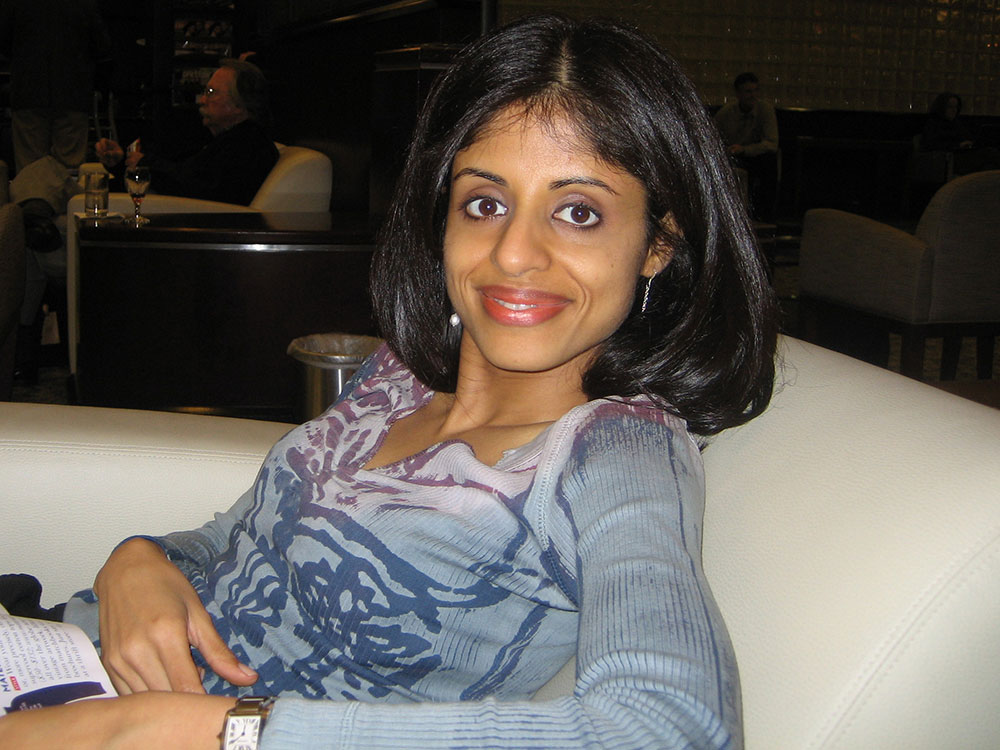 Shivani Vora travels around the world to exotic locations such as Morocco and the Nile River, visiting major cities like Paris and London—and gets paid to do it. She has written features on every travel luxury imaginable, from gold spa treatments to decadent hotel suites. Her adventures, however, are not always limited to new destinations. Vora has journeyed back to her hometown in India countless times, and yet she is always able to unearth some new excitement each and every trip. Her passion for travel, food, health and fashion has made Vora one of the most successful freelance writers out there. She has been published in newspapers like The New York Times and the Wall Street Journal and lifestyle magazines like Redbook and Self. We sat the wandering journalist down to talk about her career in travel writing.

Mochi: How did you first get into this career path?

SV: I had always traveled a lot as a kid. My parents would take me on vacations domestically [in India] and to more exotic places, like Thailand, Hong Kong and Turkey. So I began traveling when I was a kid, and then I became the travel writer at Forbes.com.

Mochi: What are the pros and cons of your job?

SV: I think the pro is traveling, and another pro is being able to write on travel without traveling. A lot of the things that I do on travel trends I can do without actually being there and I can do a lot of it from my desk. Those are both cons at the same time because sometimes when you’re sitting at your desk, you want to be out and traveling and seeing it in person…[but] you know, I have a young child at home. Sometimes when I’m traveling and I don’t take her with me, it’s hard to leave her behind.

Mochi: Are travel perks a part of your job? Do you ever get free spa treatments or complimentary hotel suites?

SV: I’m not allowed to take free travel. The perks are access—being able to meet and talk to really great people. I was in Piedmont last year in Italy, and they knew I was doing a story, and I got into a winery that is really hard to get into.

Mochi: What advice would you give to aspiring travel writers?

SV: I would say the best advice is travel. You may not have the money, but save up whatever you have and go on a shoestring budget. Get out there and start traveling, and that’s how you will come up with ideas that you can actually pitch and turn into stories. And when you have your first travel story, it just goes from there. People will pay you for those stories eventually if you keep at it.

Mochi: Aside from travel writing, you also write about fashion and food. Do you have to go into different modes when you write about these other topics?

Mochi: When you are situated in a foreign country, how do you find destinations that are not geared exclusively to tourists and that few visitors know about?

SV: Reporting and research and walking around and discovering places and talking to locals and seeing where they go. It’s a lot of hard work. It’s almost like being an investigator, like being a detective.

Mochi: Is language ever a barrier for you when you are traveling in a foreign country?

SV: It hasn’t been. Only in one part in Italy in the north when I was in Piedmont, they don’t speak a lot of English, and it was a little bit of a problem. But with a translation book, I managed.

Mochi: What details do you like to capture in your stories?

SV: I look for how places look, what the streets look like. Are they cobblestone? Is it brick streets? I look for how the buildings are, the architecture of a place. I think it’s very telling. Is it modern? Is it contemporary? Is it traditional? It offers a glimpse into that place, so I really try to look at the architecture more than anything and what places look like.

Mochi: You often interview visitors of a hotel or spa in your pieces. What does this add?

SV: They give a rich perspective, and I think travel writing is all about giving readers as many perspectives as possible.