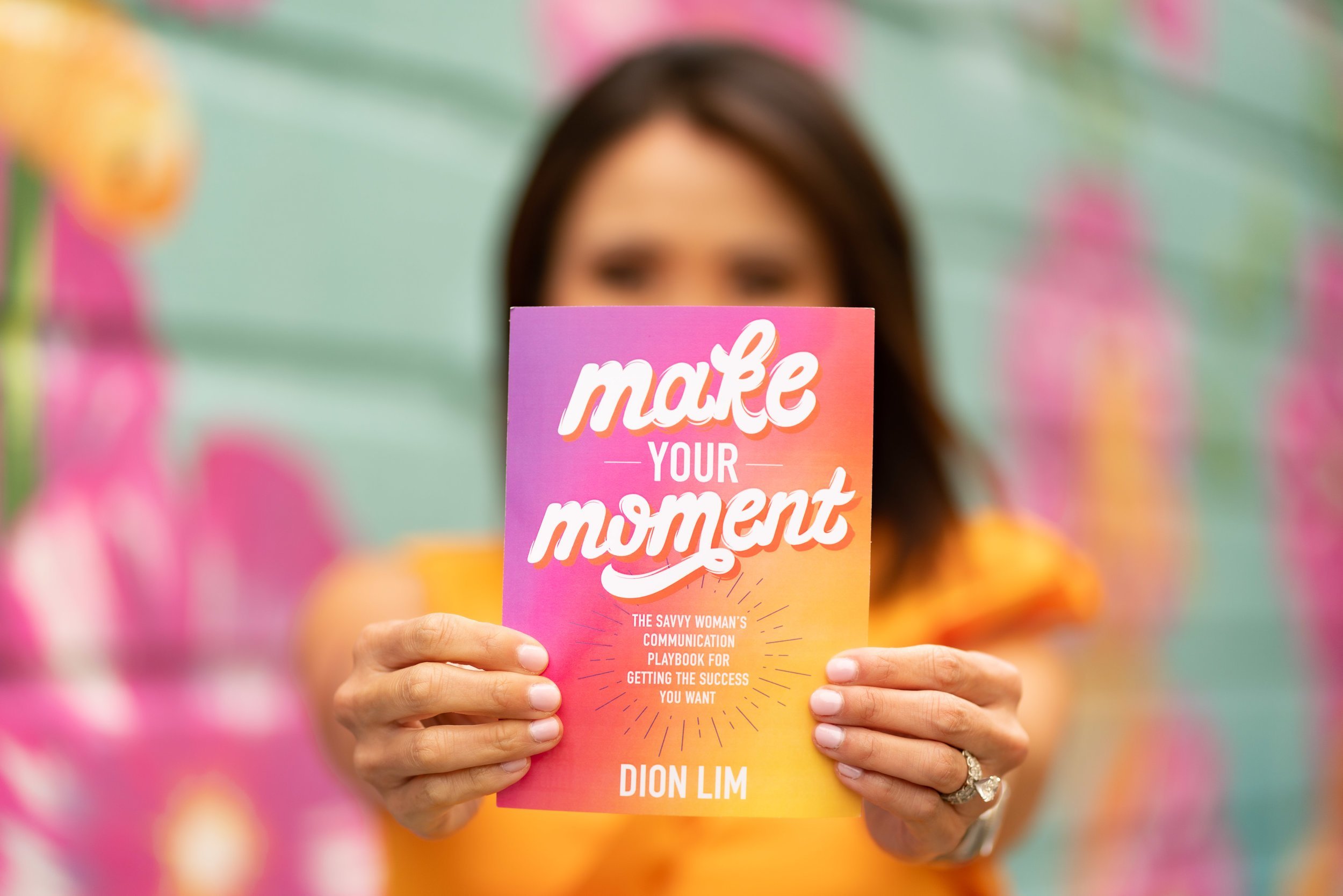 When Dion Lim walks into a room, it’s impossible not to feel the energy that radiates from her aura. With her signature news anchor dress (in a bright color, of course) and huge Colgate smile, Lim has an infectious, bubbly energy about her. It would be hard to believe that there are days when she feels completely down. But that’s exactly how she felt years ago when she began to write her book, “Make Your Moment: The Savvy Woman’s Communication Playbook for Getting the Success You Want,” to cope with problems she was facing at work and at school.

As a news reporter and anchor, Lim is no stranger to telling stories that are engaging, informative and inspiring. However, writing a book was a bigger task at hand than writing the daily two-minute story for broadcast. Especially when the story was about herself.

Not only did she want to write this book as a way to make herself feel better, but she also wanted to extend it to other people who felt the same way and to help them get through it. Whether or not you work in the news or media industry, there are stories that everyone can relate to.

In her book, Lim reveals many layers of her extremely complex personality — to show what readers of her book, and especially Asian American females like herself, can get out of her personal story.

While “Make Your Moment” is a communications playbook, it is also a memoir. It is just as much business education as it is a personal narrative. She offers advice to succeed in work and life by weaving lessons from her own mistakes and experiences. 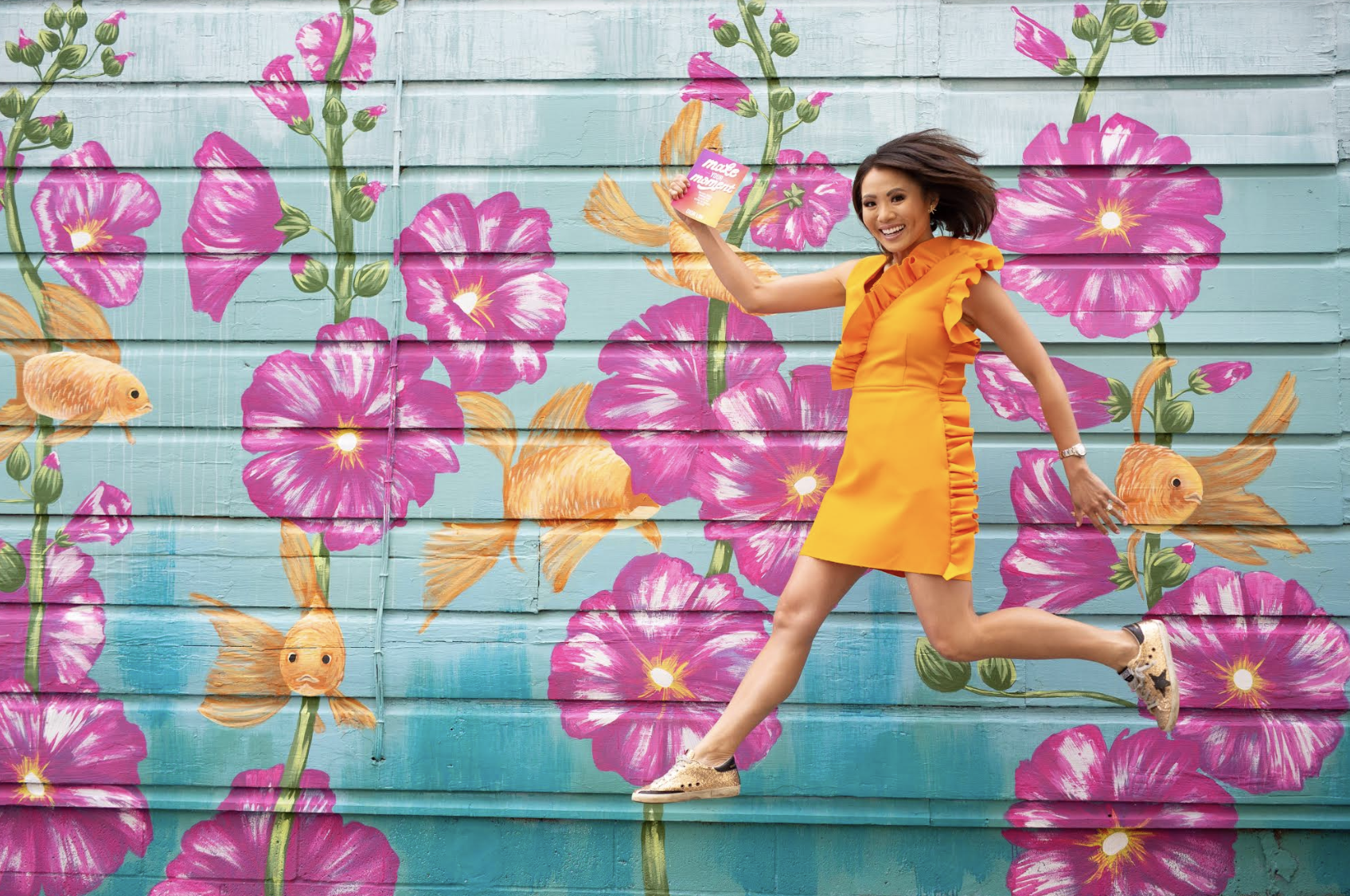 When Lim first started in the news industry, she struggled with her identity and tried to put herself in a box.

“I tried to be Barbara Walters and other famous journalists that paved the way,” said Lim. “I wore these brown, boxy suits and tried to deepen my voice a lot. But it wasn’t me.”

She later realized that her true voice came through when she was being relatable and letting her personality shine. That was when she started connecting with her viewers better.

She also shares stories of mentors who took her under their wing. “I had a meteorologist who told me, ‘Dion, I want you to come into work prepared. Even if it’s 3 a.m.’ And I ended up doing that every time I came into work,” said Lim.

It ended up paying off in the most unexpected way possible.

“When they needed a fill-in anchor, I was the only one who was ready. So they put me there, and my news director ended up giving me a shot at being an anchor because I was able to be seen in that role.”

While Lim does emphasize the importance of image and perception, it is not at the expense of her mission to be authentic.

“This is what I think… that authenticity at work means being yourself and presenting yourself professionally,” said Lim. “I think that is being put together and putting your best foot forward for the situation. I wouldn’t wear a three-piece suit to cover a fire, but I would make sure that the T-shirt and jeans I wear are clean. I think that you can still be authentic and make sure the optics are good.”

Unlike broadcast news, there’s no script to life and work. But we can do what we can to combine our authenticity and professionalism — and make our own moment.