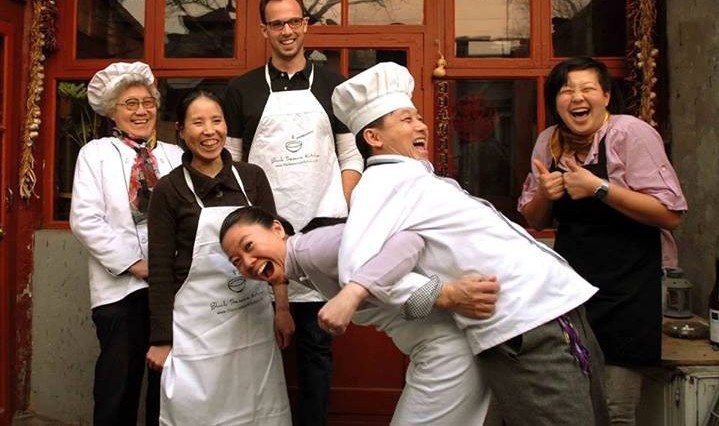 Born and raised in South California, Chef Jen Lin-Liu never imagined that she would still be in China 13 years later, heading up a world-renowned cooking school-restaurant hybrid and well on her way to releasing her second book.

After studying urban studies and journalism at Columbia University, Lin-Liu was first drawn to China both because of her ethnic heritage and because she saw the country as a destination ripe for stories and entrepreneurship. She decided to move there to write on a Fullbright Scholarship, and her first book, “Serve the People – A Stir Fried Journey Through China,” details how she eventually discovered her passion for cooking after a few years. As she explains, “China is a complex place of all types of people and all levels of society, and food can act as a window into how average people live.” So food became the perfect medium through which to look at Chinese culture in a unique and interesting way.

This road, of course, hasn’t always been smooth. When Lin-Liu enrolled in a local cooking school in China to further her culinary passions, her parents weren’t exactly joyous. After all her time and hard work at a prestigious Ivy League school, she wanted to stay in China to cook? Thankfully for our taste buds, they eventually came around, and Lin-Liu is now a proud author and restaurateur.

Starting your own business is hard enough, but Lin-Liu took her dreams a step further by doing so in a foreign country. She says of the leap of faith, “It wasn’t scary—you just have to ignore your fears and do it! It helps not to think about those fears.”

This happy-go-lucky attitude is what has made her restaurant and cooking school, Black Sesame Kitchen (BSK), so successful. Since its inception five years ago, BSK has grown into one of the top foodie attractions in Beijing, with visitors from all over coming both to learn to cook traditional Chinese cuisine and to indulge in a luxurious 10-course meal with wine pairings.

Lin-Liu has a similarly gung-ho attitude toward writing, but she finds it even more difficult to conquer than restaurant biz. “There are fears when you go into a long, long project, and then people judge you on it,” she says. “But you just need to enjoy the process of writing day to day, you have to love it.”

And she takes her own advice to heart. Following her notion of exploring the connections between Eastern and Western cultures through the ubiquitous but varied dishes that involve noodles, she’s penned another book titled “On the Noodle Road: From Beijing to Rome, with Love and Pasta.” The new work releases at the end of the month, so keep an eye out if you’re in the mood for a delicious cultural journey.