How I Became a Teenage CEO of a Successful Beauty Company 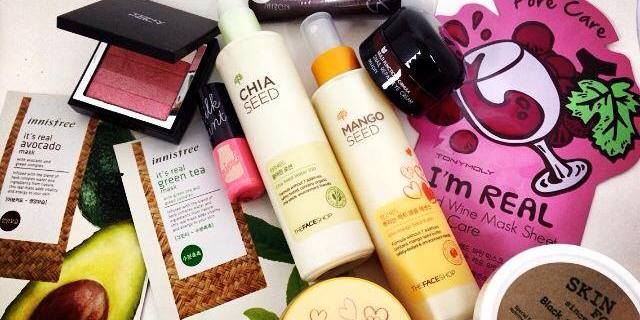 When I was 15, I sent my first investment proposal—to my parents. When the two business owners came to the meeting location—a local restaurant in our town—and realized that they were about to negotiate with their own teenage daughter, they were shocked.

It took a long time to convince them that I had the capability to run with my idea of a beauty startup and that I wasn’t just being a naïve teenager. The more we talked, the more they realized that I was serious about starting my own company. My investor parents told me what I needed to do—keep my grades up, research, and outline a proposal—and then they would consider investing a small amount of money toward my startup idea.

This vision started a few months earlier, when I visited a friend who had just returned from a trip from South Korea and instantly fell in love with her skincare and cosmetic haul. I always had oily skin and constantly experimented with Western products, but none of them treated my acne and skin problems as well as my friend’s finds did.

After spending a few months experimenting and purchasing my own Asian beauty products, I fell deeper and deeper in love with them. One day, it hit me that I wanted to share my discoveries with the world in a broader way, and the idea behind Beauteque was born.

I had always wanted to be a businesswoman, but my aspirations never matched my parents’ dreams. Since I was eight, they’ve had my whole life planned out for me: I would attend an Ivy League school, double major in finance and math, and then become a financial analyst on Wall Street. Founding my own beauty company wasn’t part of the plan, but I was ready to take the risk.

Once my parents agreed to invest, we began the slow, hard process of building the business from the ground up. In November 2013, we started with $5,000 for our inventory and spent time lugging in products and cataloguing them one by one. It was tedious, but at the same time, I was amazed that my idea was beginning to come to life.

Honestly, the start was bumpy. There were many obstacles including confusing computer software, unknown business systems and theories, and low sales. I felt like the stress was never-ending. I wasn’t just worried about money; I also had (and still have) the mindset of most typical Asian American kids: I didn’t want to disappoint my parents. I had to keep my grades up and show them that they made the right decision to support me.

Since the rough start, I’ve really opened up my eyes to the business world. I learned everything from navigating Quickbooks to negotiating business deals over the phone. (I closed my first successful deal last month, knocking it down by 50 percent of the original price!)

Beauteque, now an e-commerce site that sells beauty products from around the world, has also grown a lot in the five months since its creation. People are often surprised at how far we’ve come, but it’s all thanks to the fact that we’re always an evolving company. We constantly have innovative and creative ideas, such as the Beauteque Beauty (BB) Bag, an unofficial subscription bag, as we collect feedback. We plan to launch our official subscription bag campaign in January. We’re also currently working on our own mineral makeup line, Beauteque Minerals.

When I started the company, I made a promise to myself to donate 10 percent of Beauteque’s annual profits to charity. I’m happy to say that with our growing revenue, this has become a reality too.

At the end of the day, there are two sides of me: the young side who is still learning every day, and the professional side who has found her footing in the business world. I will continue to grow and learn, but I will always remember to balance the two important parts of me to make my dream a reality.

Elina Hsueh is CEO of Beauteque and a senior at Holmdel High School in New Jersey. Mochi readers can take 10 percent off the site with code MOCHI.