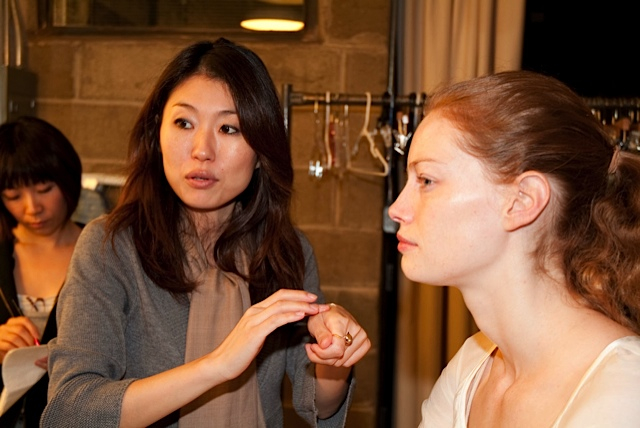 “I was an insecure teenager, and I wasn’t the prettiest girl in the school. I just wanted to be prettier, so I started experimenting [with makeup],” says Imai. Her family ran an art gallery in Japan, so she grew up surrounded by artists and developed an appreciation for expression through art early on. “I always had an interest in beauty, but I never thought of makeup as a career,” she says.

After moving to Tokyo, Imai first worked in a salon, with the eventual goal of getting a hairstyling license, but didn’t quite enjoy the salon environment. A friend told her about an opening as an assistant to a hair and makeup artist, and she took the job on a whim. “I never thought about that line of work,” says Imai, “but it sounded interesting, so why not.”

The whim paid off. “I went to my first shoot and fell in love.”

She spent some time working in a salon while freelancing as a makeup artist in Tokyo, but eventually moved to New York to pursue makeup artistry in the high fashion industry. Imai initially focused solely on makeup, but soon started toying with the idea of creating her own product. Her first exposure to the process of product design came during a collaboration with the cosmetics department of Japanese corporation Kao. While the project was ultimately shut down because of the 2011 tsunami, it was a good introduction to the components that go into beauty product creation. 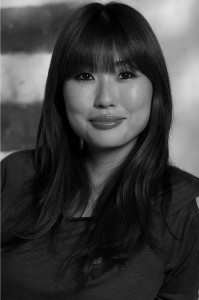 While still working with Kao, Imai suffered a brief bout of illness. While she was on the mend, she started scrutinizing her diet and daily beauty products, and realized just how many toxins and preservatives she was ingesting on a daily basis, both directly and indirectly. “Once I started reviewing everything, [I realized] how many toxins we’re getting from food, from cosmetics,” she says. Imai decided to change her diet to only include clean and simple foods. “After a few months, I realized not only did my body feel better, but my mind also felt better.” This “eye-opening experience” called to her attention the power of all natural and organic products, ultimately inspiring her to create her own natural cosmetics, which Imai started working on in 2009.

The main ingredient, prickly pear seed oil, was discovered “also almost by accident,” says Imai. In 2010 on a trip to Morocco to search for just the right product ingredients, Imai met with a pharmacist who supplied her with various local oils. In addition to her purchase, “the pharmacist gave me a small vial of mysterious oil and told me it was a gift,” says Imai. Upon returning to New York, she started playing around with it—using some on her lips and around her eyes. Within days, she realized that she had stumbled upon an incredible oil, and immediately called the pharmacist to find out what it was. 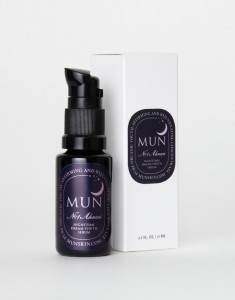 Prickly pear seed oil is tricky to work with—not only can it have a strong unpleasant scent, it is a rare product that can be very labor-intensive and expensive to produce. “We went through so many producers, so many suppliers,” she says. Finally, they found a supplier whose prickly pear seed oil had a good texture and a milder scent. She discovered that the supplier worked closely with women’s co-operatives in Morocco, an added bonus that helped contribute to the line’s philosophy of sustainability and responsibility.

Argan oil and rose oil both naturally complement prickly pear seed oil–rose oil in particular, Imai noted, helped counteract the scent of the prickly pear seed oil. She created countless tester blends of different essential oils, but in the end, everyone loved the simple smell of rose, her first blend.

Imai now uses her oil on set, introducing it to the people and models that she works with. Currently, she is focusing on promoting MUN No. 1 Aknari in hopes of eventually creating an entire line of prickly pear seed oil products, with plans to keep any future products organic and 100% natural.

When she first moved to Tokyo, she never even dreamed that she would one day be working as a makeup artist in New York City, much less creating her own cosmetics line. For Imai, finding her calling has been the happiest of accidents.