Annie Vang: The Hmong CEO and Developer Saving Her Language 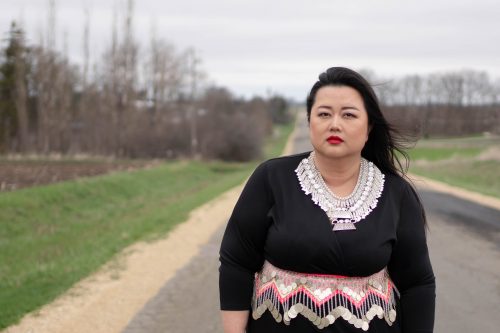 Most Americans probably didn’t know about Hmong people until Suni Lee won the gold medal at the 2020 Summer Olympics. And those who did know about Hmong culture may have had in mind the racist stereotypes of Hmong refugees portrayed in popular media and movies like “Gran Torino.” Historically, the Hmong have been people without a country, living mainly on the borders of Southeast Asian countries. Annie Vang, the founder and developer of HmongPhrases, an app that teaches users the Hmong language, is reclaiming her identity and creating a space for her fellow Hmong people to celebrate their culture.

Vang was born in a refugee camp in Thailand and came to the U.S. at 2 years old. Language has always played a critical role in her life. Growing up, she didn’t speak English well and was determined to perfect that. But looking back now, Vang says that attempts like these were examples of denial. “A lot of my youth, I was trying to be somebody I was not,” Vang reflects.

HmongPhrases is the product of Vang embracing her Hmong identity in her twenties and wanting to share the Hmong language, a language that is at risk of fading out across generations, in her thirties. She says, “The app was a personal gift to myself to reflect on who I am as a person and of being a proud Hmong American.”

On the surface, HmongPhrases might seem like a basic app. Categories of phrases to learn range from basic greetings to asking for help. A list of practical phrases pops up once you select a category, and users can read and hear how to say each phrase in either the Hmong Green (Moob ntsuab) or Hmong White (Hmoob dawb) dialect. Vang has been in tech for 20 years and developed the app herself, with support from Apple’s Entrepreneur Camp. It started out as an Excel sheet of phrases for a class project on mobile development. “My teacher said to build something I was passionate about and forget if no one downloaded it,” Vang laughs as she recalls. But the work Vang is doing is more than just sharing conversational phrases. Vang’s effort is a testament to and an assertion of Hmong culture despite the historical erasure of Hmong peoples.

During the “Secret War” of the 1960s, the CIA secretly recruited the Hmong, many of whom were young boys, to fight for the U.S. in Laos. A quarter of those Hmong soldiers fighting for the U.S. died, and many of those who did survive were subjected to forced labor and reeducation camps and eventually left behind by the U.S. Reading more about her people’s experiences in America — and treatment by Americans — inspired Vang, as these written words asserted Hmong existence. One such nonfiction book was Anne Fadiman’s “The Spirit Catches You and You Fall Down,” which explores the experience of a Hmong refugee family working and clashing with doctors as they try to treat their daughter in the U.S. The seeming permanence of the written word drove Vang’s motivation to digitally preserve the Hmong language itself.

The dialects Vang includes in the app aren’t just stylistic choices either. Vang challenges users to see beyond a monolithic representation of Hmong people. The two main Hmong dialects are White Hmong and Green Hmong, named after the two Hmong cultural groups of the same name. Between the two dialects, many words are written similarly but pronounced differently. While the White Hmong dialect is the language that Vang says is more widely spoken by the Hmong people, Green Hmong is the dialect that Vang speaks and purposefully included in the app. “I know there are others out there like me,” she says with conviction. “Originally I only had Hmong White in the app to cater to my audience, but then I thought I was doing a disservice to myself.”

Even in seemingly fundamental choices like which dialects to include in a language app, there was an added layer of historical contextualization and considerations on representation that Vang needed to make. The app was the fruit of her mobile development classes but also of thoughtfulness and love for a culture.

Since its release, the app has reached far more people than Vang ever imagined and has become a space for members of all generations and cultures to appreciate the Hmong language. Initially, HmongPhrases was intended to help other first-generation Hmong retain the language. However, Vang continues to receive positive feedback from second-generation Hmong who want to better communicate with their grandparents, and from other non-Hmong users interested in learning the language. “A lot of people that are sending me feedback are not Hmong speakers,” she says. “They’re just curious to learn more.”

For any AANHPI developers hoping to share their own cultures through their work, Vang has some parting words of advice: “If you want to do it, forget about all the noise that’s around you. Let your passion fuel you.” 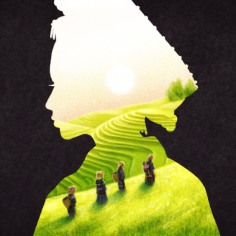 For Hmong women, a way of existing in the world is to regenerate kinship with spirits of skies, spirits of... 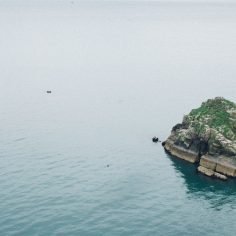 (body language) & solace in the coolness of the ground: Two Poems About Bilingualism

Guest writer Chae Yeon Kim's poetry speaks of the spoken and unspoken language of bilinguilism and the...