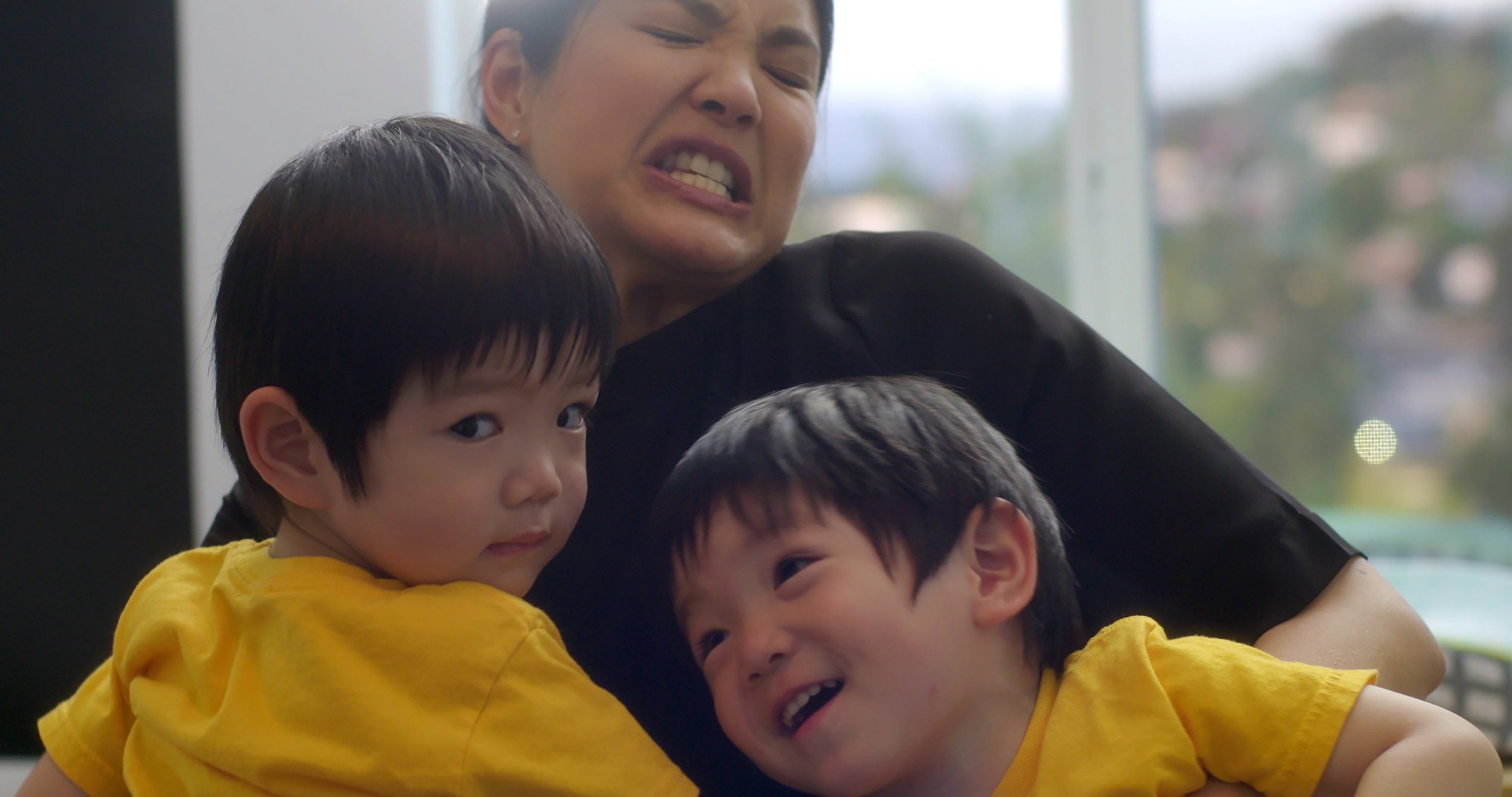 It’s rare for shows these days to feature working moms and women of color, and the web series Caring manages to do both. The show, which premiered at the Los Angeles Film Festival this June, tells the story of two mothers, their nannies and how they all navigate taking care of themselves while watching out for others. Mochi got the chance to chat with producer Ellie Wen and actress Lynn Chen (who plays Vicky, a working mom) to talk about the series. Mochi Magazine (MM): What was the reaction to Caring when it premiered at the LA Film Festival?

Ellie: It was really awesome. We heard from a woman in the audience and she thanked us because it was so refreshing to her to see an Asian American mom who wasn’t a stereotypical tiger mom, and was just a mom trying to get her life together and juggle a career and babies.

MM: Was it intentional to feature characters of color like Vicky and Carla (who is played by Diana DeLaCruz)?

Ellie: We just want to be able to reflect the world as we see it and we think it’s more interesting to tell a story with diverse perspectives. So that was definitely something we thought about very intentionally when we were casting.

MM: What did you think about the concept of the show?

Lynn: I loved that it was centered around four women and that they were all so different and they all had flaws and they all weren’t perfect. That was really attractive to me from the get-go.

Ellie: It ended up that pretty much all of the cast and all of our key crew and heads of the department were all female. It was a really awesome set because it’s clearly a story for women, by women, but also to be enjoyed by everybody.

Lynn: I work on a lot of indie Asian American films. And it’s not like we’re really sitting around being like, ‘Isn’t it great that we’re surrounded by other Asian Americans?’ But at the same time, there’s an acknowledgement of it and an appreciation of it and it does feel like home.

What’s great about having other women is that they really get it. There’s nothing I can’t stand more than when there’s someone who’s playing a mom or someone who’s in bed and they have a full face of makeup on, as if they had time to really do that, and [the director] Maggie Kiley just got it.

MM: As a producer, do you look for certain things when considering a project?

Ellie: Absolutely. Diversity and representing underrepresented cultures and communities is really important to me so I make that my priority when I take on a project. I’m always actively looking for diverse filmmakers and people with interesting backgrounds and stories that haven’t been told yet.

MM: Why is it important to have shows about working moms or nannies?

Ellie: At the end of the day, it’s not so much about being a nanny or being a mom but more so being human or being a woman in this world, trying to navigate your dreams while also juggling the lives of these other beings. I think that that’s something a lot of women struggle with and to be able to see a show that reflects our lives and is something that you can laugh about or cry about, I think that helps. It shows that there are other people are thinking about it too, who are having the same struggles.