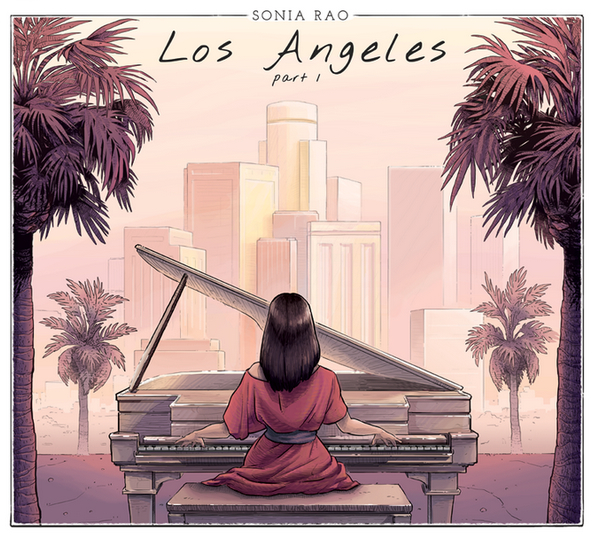 You may remember indie-pop singer Sonia Rao from Season 1 of NBC’s “The Voice,” singing “If I Ain’t Got You,” then returning for a second chance with “Chasing Pavements,” and just narrowly missing making the cut. Although her time on the show was short-lived, Rao gained a huge Twitter following and fanbase, and became an inspiration for aspiring young Indian Americans artists looking to break away from cultural expectations to pursue careers in medicine or law.
Rao’s second album, “Los Angeles,” is a collection of songs written by Rao and will be released in two parts: “Los Angeles Part 1” and “Los Angeles Part 2.”

Two years in the making, “Los Angeles Part 1” is a five-song EP for anyone in transition. “[F]or me, Los Angeles is a city that embodies reinvention,” says Rao. “But people are starting over everywhere: new lives, new careers, new loves, new philosophies, new families.”

To echo the sentiments of CeeLo Green and Christina Aguilera, Rao’s voice is pure and soulful. The EP showcases her distinctive range and vocal abilities. The first four songs seem to be written for a former love, highlighting Rao’s songwriting talents with emotionally charged lyrics like “you broke me down / ‘til I was nothing but air” in “You Say I,” and “here’s to your new life / I’ll send you on your way” in “Little Blue Room.” The final track, “Los Angeles,” tells the story of Sonia’s experience on “The Voice.”

“Los Angeles Part 1” will be independently released on Sept. 17. To involve her fans in the EP’s release and raise proceeds for “Los Angeles Part 2,” Rao launched a Kickstarter campaign in late June, hoping to raise $13,000. For information about SoniaRao and her music, visit soniarao.com.