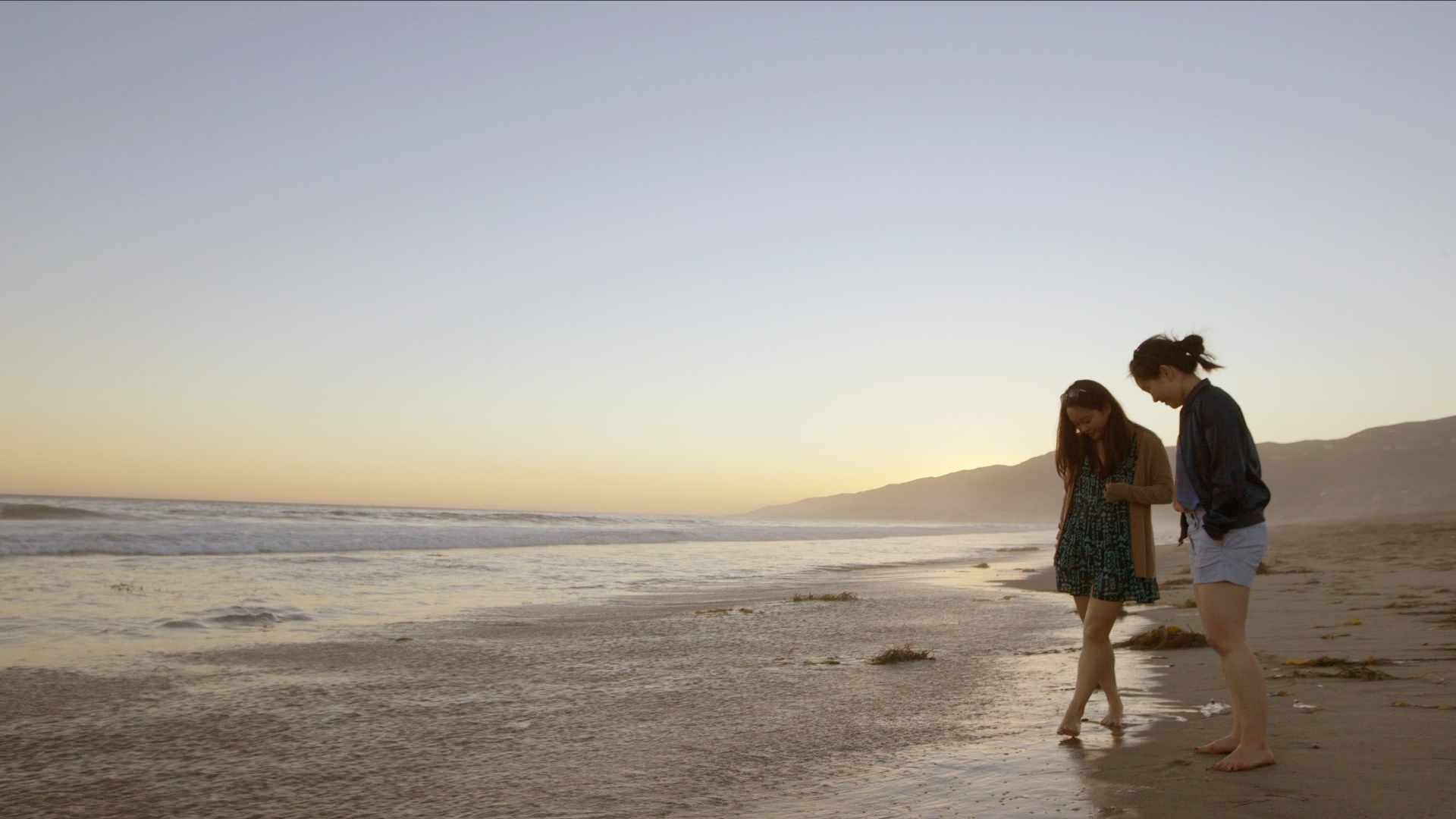 If there was one thing that 28-year-old actress Samantha Futerman didn’t expect in her life, it was finding out that she had an identical twin. Just as interesting, though, is how she reconnected with her long-lost sister, Anaïs Bordier, and created a documentary of their story—with the help of 1,241 Kickstarter backers.

Futerman, whom some might recognize from her supporting role in “Memoirs of a Geisha” and appearances in other films and TV shows, wasn’t actually the one who made the initial connection. It was one of Bordier’s friends who noticed Futerman in the viral “21 & Over” movie trailer. Motivated to look up her lookalike, Bordier went to IMDB and discovered that she and the Asian American actress shared a birthday: November 19, 1987.

Though she grew up in the suburbs of Paris, Bordier was adopted from Korea, and she realized instantly that Futerman must be her twin. She sent Futerman a Facebook message, asking if she was born in Korea as well. Futerman took one look at Bordier’s profile picture and saw a mirror image of her own face, and immediately she knew too. 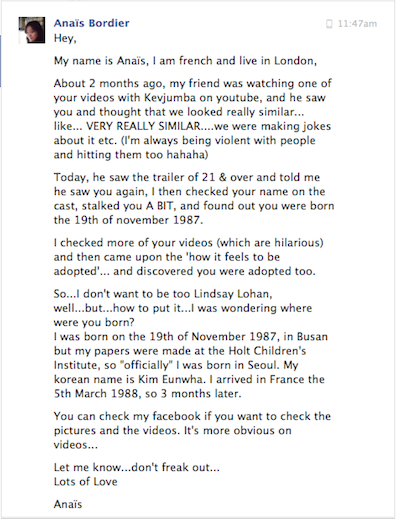 As they got to know each other, Futerman, who lives in Los Angeles, first began documenting their story through YouTube videos. But she realized that she wanted to put more effort into the telling and turn it into a bigger project, and thus began the documentary they ended up naming “Twinsters”—which is where Kickstarter came in.

This isn’t a completely surprising turn of events. After all, out of Kickstarter’s 97,293 successfully funded projects, music, film, publishing, art, and theater make up a whopping 43 percent. In the category of film and video alone, 19,345 projects have been supported since the site’s inception in 2009. In the six short years since, it’s become a great vehicle for artists and entrepreneurs to make their passion projects a reality—just as Futerman and Bordier have.

But even by those terms, the twins’ spring 2013 campaign was wildly successful. When the two sought $30,000 for travel, a DNA test, filming, and production, they met their goal in just five days.

In addition, the campaign garnered them much publicity before the project even began. “Once we launched the campaign, it was like a forest fire,” Futerman says. “Within 24 hours, major news networks had reached out to us via every form of communication possible.”

In fact, when the team they put together realized that finishing production would require additional funds, they returned to Kickstarter in 2014 for a second successful campaign, this time for $80,000. The film was completed in December of that year—just two months after their book, Separated @ Birth, was released.

The outpouring of supportive, appreciative messages that Futerman and Bordier received from other adoptees and reunited families “gave their project a purpose,” Futerman says.

Along with her friend Jenna Ushkowitz, an actress best known for her role on “Glee” and also a Korean adoptee, Futerman eventually co-founded Kindred: The Foundation for Adoption, an organization that seeks to be a go-to for all kinds of adoption-related services.

Looking back, there’s no arguing that the power of the internet—and crowd-funding—made it possible for Futerman and Bordier to touch countless lives in sharing their story. Even now, the twins mainly communicate online, although they are thankful to meet in person often because of their work in the adoption community.

But the next time they see each other, Futerman says, it’s going to be for a vacation. “No working allowed, and no new friends,” she laughs. “Just me and my twinster.”