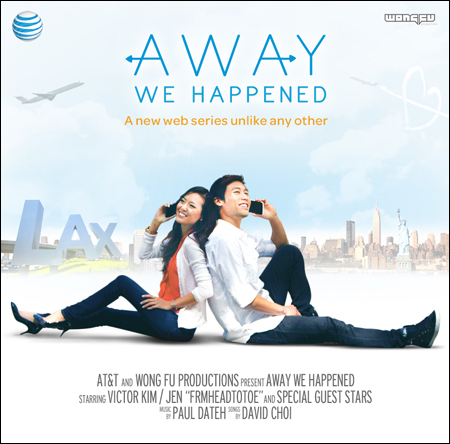 The boys at Wong Fu Productions have done it again. Phil, Ted, and Wes have teamed up with AT&T in their newest web series “Away We Happened,” starring actor Victor Kim and Jen of From Head to Toe. The series runs every week for the next six weeks, and viewers can help decide where the story goes by voting on the “Away We Happened” website. Four episodes have premiered so far, and Wong Fu Productions makes follow-up episodes two days after voting has started. I watched the first installment and truly enjoyed it. For all of you who want to get involved, watch, send in your ideas, and vote for the best one! It’s like a choose-your-own-adventure book, but online.