‘Prince of Persia’ Accused of White-Washing 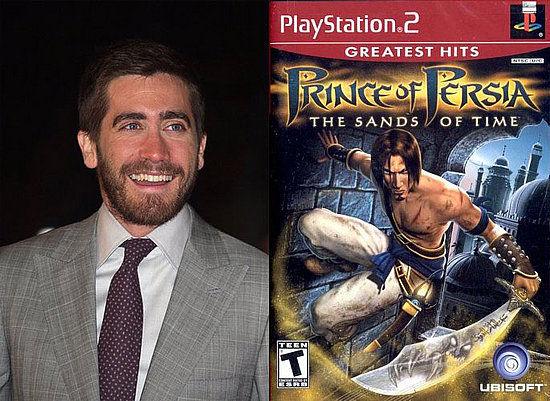 Exotic kingdoms, sandstorms and Jake Gyllenhaal’s sweaty tan body are a few of the ingredients that make “Prince of Persia: The Sands of Time” a surefire summer blockbuster. After all, the movie has everything action-lovers crave for: fight scenes, a damsel in distress and a villainous evil-doer who threatens to corrupt the whole world (this time by way of a huge sandstorm that could potentially destroy the Earth).
However, “Prince of Persia”  has been attracting plenty of media attention and criticism for its “white-washed” cast and its portrayal of native characters as Middle Eastern terrorists and/or crazed religious fanatics.

Having only recently played “Prince of Persia: The Forgotten Sands” on PS3, I remember appreciating the characters’ Middle Eastern features, darker skin and traditional, eye-catching garments. In an article by Chris Lee of the Los Angeles Times, it appeared other players were also pleasantly surprised by the main character’s design. So often are video game characters Caucasian by default that it is refreshing and even unusual when a character is of any other race, be it Asian, Middle Eastern, African or Hispanic.

Since its debut, “Prince of Persia”  has been accused of white-washing its entire principle cast, from the prince himself to Tamina, the prince’s love interest (played by English actress Gemma Arterton). While plenty of audiences around the world are upset with the choice of cast, this is not the first time such poor and short-sighted sel.ections have been made in the movie industry.

From Mr. Yunioshi’s bucktoothed character in “Breakfast at Tiffany’s” (played by Mickey Rooney) to John Wayne’s role as Genghis Khan in “The Conqueror,” Hollywood is clearly no stranger to sel.ecting actors who think they can “stand in” for the real thing: individuals of actual Asian or Middle Eastern descent.

Jehanzeb Dar, a filmmaker and blogger, shared his displeasure with the L.A. Times upon finding out who was going to star in “Prince of Persia.” He said, “My first reaction was ‘Really?’ It’s insulting that people of color–especially Middle Easterners or South Asians–are not allowed to portray ourselves in these roles. That’s a big problem a lot of people in the community are having with this film.”

While many moviegoers and critics share Dar’s opinion, others fail to see what all the hoopla is about. After all, names like Jake Gyllenhaal and Ben Kingsley do tend to pull in the big bucks, and in the end, it’s all about which film grosses the most amount of money.

What do you think about all these criticisms? Are people getting a tad too sensitive about the whole casting situation? Or is the problem one that producers, directors and actors need to deal with straight away?

0 Replies to “‘Prince of Persia’ Accused of White-Washing”