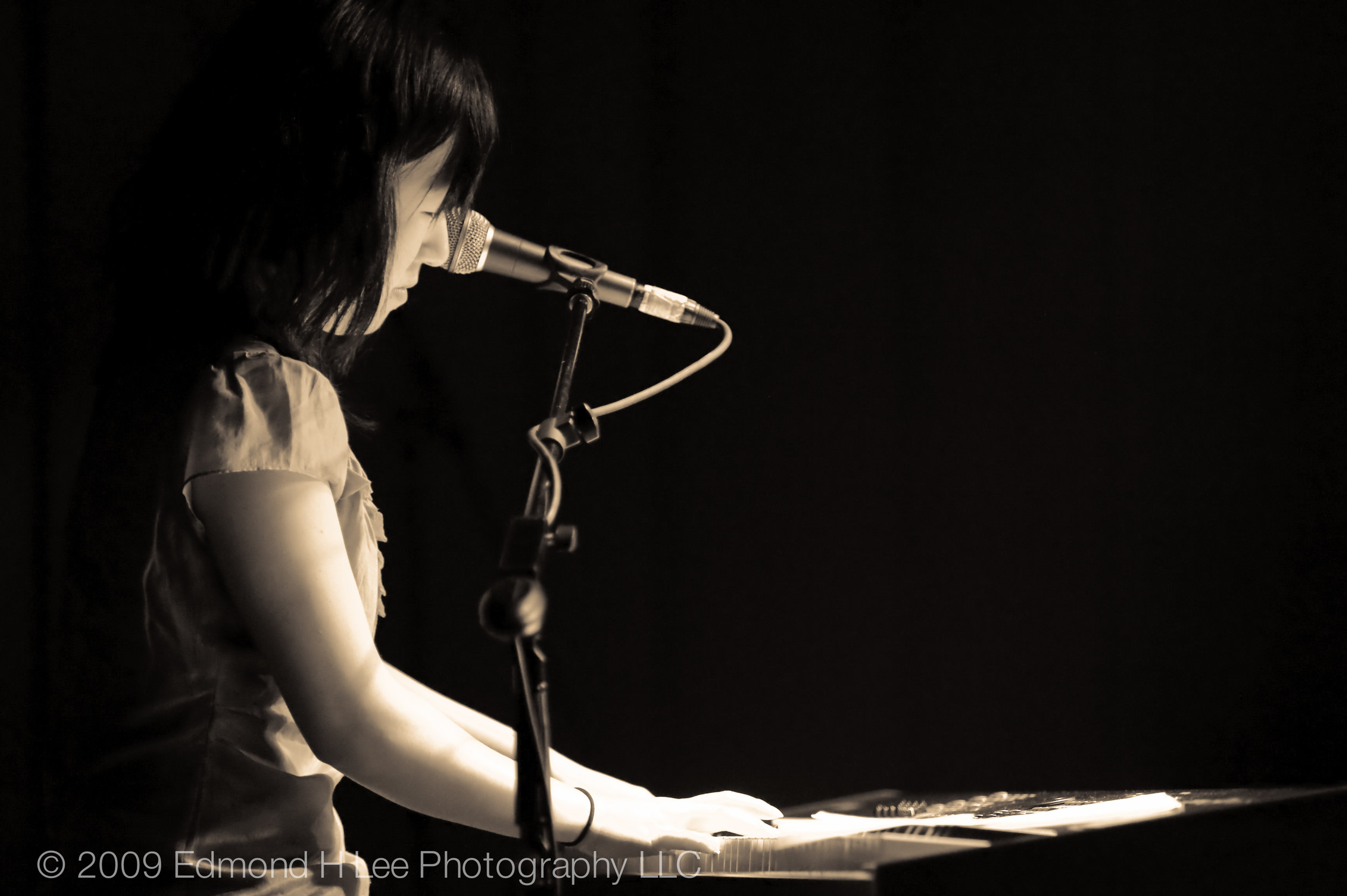 Cate Song may be an accountant by day, but at heart, she’s a musician and songwriter. Known as“Songbird,” Cate is a Korean American singer-songwriter based in New York. She recently opened for Tim Be Told, a Christian rock band based in Charlottesville, VA, but she’s been playing music long before that. You can find her two albums, “Images” and “Inside” on her website, catesong.com. Her music is introspective, emotive, and lyrical. Read on to learn more about Cate, and how it has been like working in both the corporate world and the world of music.

When and how did you begin your musical career?

It’s hard to pinpoint exactly when it all began, but I usually first recall the classical piano training I had growing up. I didn’t start singing until much later in college, but I’ve always connected with music, so when I mustered up the courage to put an album together with the nudge and support of friends, I gathered some songs I’d written over a few years and recorded them. That album was released in 2008 and it’s called “Images”. Since then I also released an EP called “Inside,” and I’ve been playing around NYC for a few years. It’s been an interesting and memorable ride!

Most of my inspiration comes from personal experience—life, love, relationships and other mysteries. I think life has so much depth, intensity, and vastness to be written about over and over again, never be exhausted. I usually also write when I’m in a pretty sad place. Music is my main mode of expression, and I grew up not really expressing sadness very well. So it all poured out into music.

In addition to being a musician, you are also an accountant. How do you find balance between these two very different career paths?

I kind of need one in order for the other one to exist. I can’t make a living off of music, so my accounting job has paid for a lot of my musical expenses, such as recording an album, traveling to play, etc. However, music is my escape from the corporate world. If the corporate world didn’t exist, I wonder if I would have taken the steps to move more into the music arena. It’s very interesting how these two seemingly different careers coexist in my life. Of course, on any given day, if you were to ask me which one would I choose to live off of, it’d be music, hands down, no competition.

You recently opened for a Tim Be Told concert in New York City. Do you have any more shows coming up this summer or projects coming in the future?

That show was awesome! They’re such great guys. It was so fun to open for them. We’re trying to do a reunion show with Tim Be Told and Jae Jin, another great artist from Maryland, but that will probably be out west in California later this year.