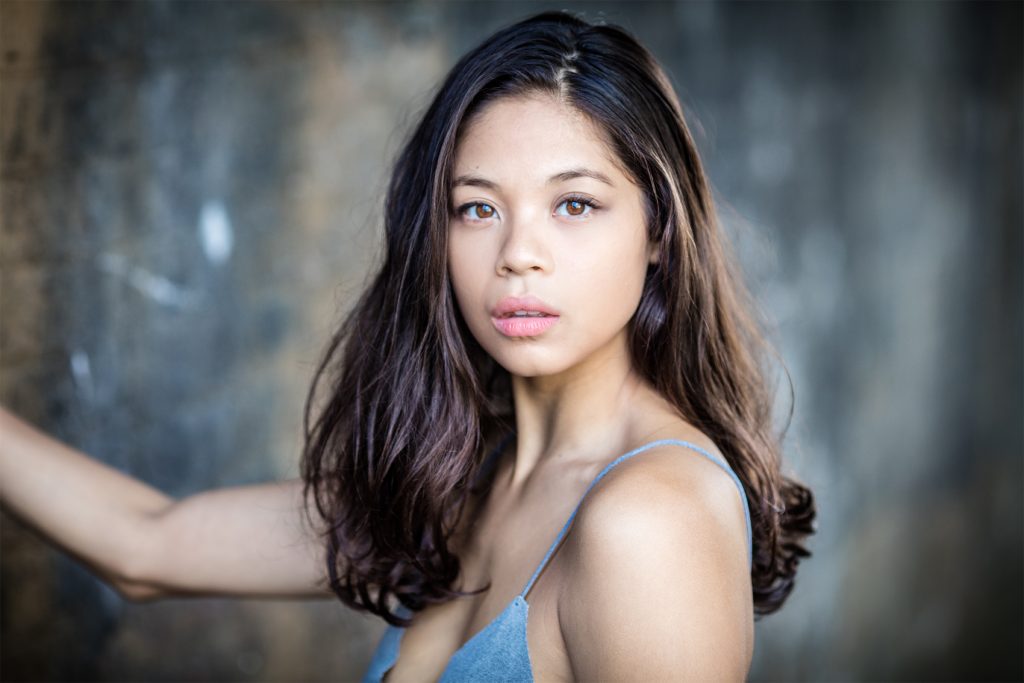 At 20 years old, Eva Noblezada is taking the performing arts world by storm in her award-winning role as Kim in the Miss Saigon revival—both in London and starting on Broadway this March.

Aside from her tremendous accomplishments, Noblezada highlights the importance of staying true to herself. At the core of this rising Broadway supernova is a young woman who is inspired by her family.

“I looked up to my auntie, who was a huge performer on TV and on Broadway,” says Noblezada. “She was always there to remind me that I was enough. It was amazing to have that confidence from an adult who had gone through being a performer on Broadway.”

Similarly, Noblezada’s interpretation of Kim in Miss Saigon is heavily influenced by another familial role. “I can relate to Kim’s maternal instincts. I grew up as the oldest and am often protective over my siblings,” she says.

But that’s where the similarities end. Other elements of Kim’s life experiences were foreign to the actress. In fact, while preparing for this challenging role, she found herself experiencing and fully engaging with her character’s intense emotions. This forced her to maintain a sense of self and separation from her art. “I had to learn the hard way to differentiate Kim from myself,” Noblezada says.

She got lost in Kim because of her meticulous attention to interpretation and reinvention. While some performers reference the work of those who came before them, Noblezada prefers an introspective approach, gaining inspiration from the world around her.

“I don’t watch clips of other actors doing the role I’m taking on, as I would never want to subconsciously take things from them,” she explains. “It’s easier for me to have a blank page and find inspiration from people, history, literature, and art.” This way, Noblezada avoids what she calls “suffering by comparison.”

Though she steered clear of other performances, Noblezada relied on more concrete research in preparation for such an iconic role. “From the second day of Miss Saigon rehearsals, the whole cast was introduced to a two-hour graphic documentary on the Vietnam War,” Noblezada recalls. “I even had to learn about how to walk as a young woman during that time period.”

Thankfully, the hard work is endlessly rewarding. “We get to be a part of the Miss Saigon family. We’re going to tell an amazing story and that’s that,” Noblezada says with pride. “The people around me—the team, the directors, my peers—and what I learned from my parents inspired me to remember that I’m not copying. I’m not walking in someone’s shoes. They’re my shoes.” 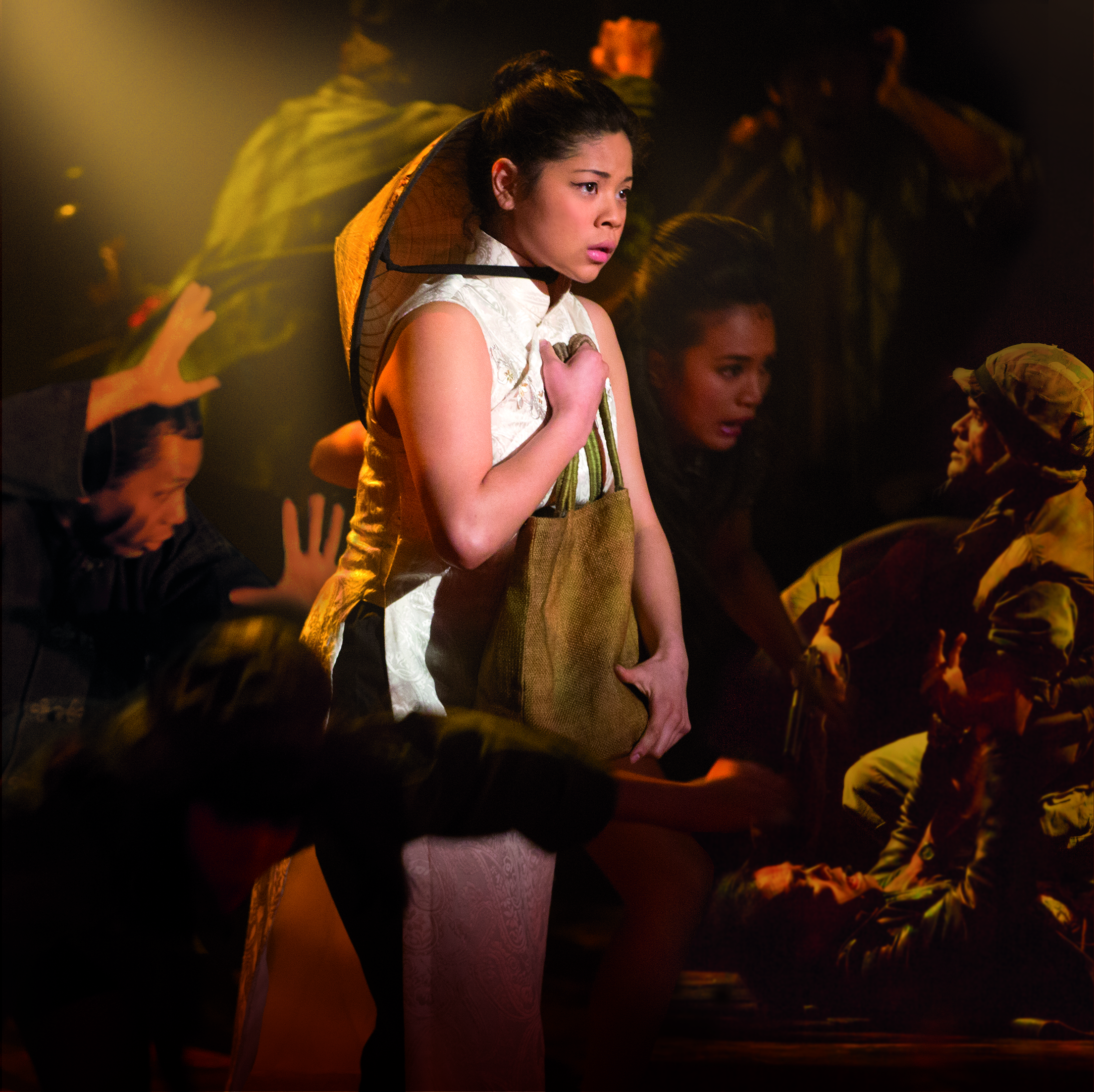 This is not Noblezada’s first time extensively preparing for and taking ownership of a classic part. She previously played Éponine in the West End production of Les Misérables, a role she had dreamed about but never thought possible. It’s no wonder that this accomplishment has since shaped Noblezada’s outlook.

“Éponine helped me get in touch with [myself],” she says. “Whenever someone would characterize me as a naïve young woman who’s never been in a Broadway production, I would remember that I’m prepared, just like Éponine was prepared. She really helped me ignite the fire to who I am.”

Noblezada’s confidence in her skin can also be traced back to her childhood, growing up as a Filipina American in San Diego. “My parents were really good at encouraging me to do whatever I wanted to do. In my family, race wasn’t a restriction. I wished to be an actor, and I believed it was possible.”

It is with this spirit that Noblezada hopes to inspire Asian Americans to pursue a career in the arts. “This is the time and age for diversity,” she says. “Hopefully by the time I retire, it will be in full swing and full effect—that people won’t underestimate the talent of Asian Americans and all minorities in general.”

Meanwhile, to those who are struggling with the unpredictability of industries such as Broadway and Hollywood, Noblezada offers a piece of advice.

“You are in control of your own destiny and how you respond to situations. And that makes you powerful. I’m sending hope, love, and positivity to all young actors across the world. I hope you get the opportunity to shine.”