Imagine running through an unsolvable maze. 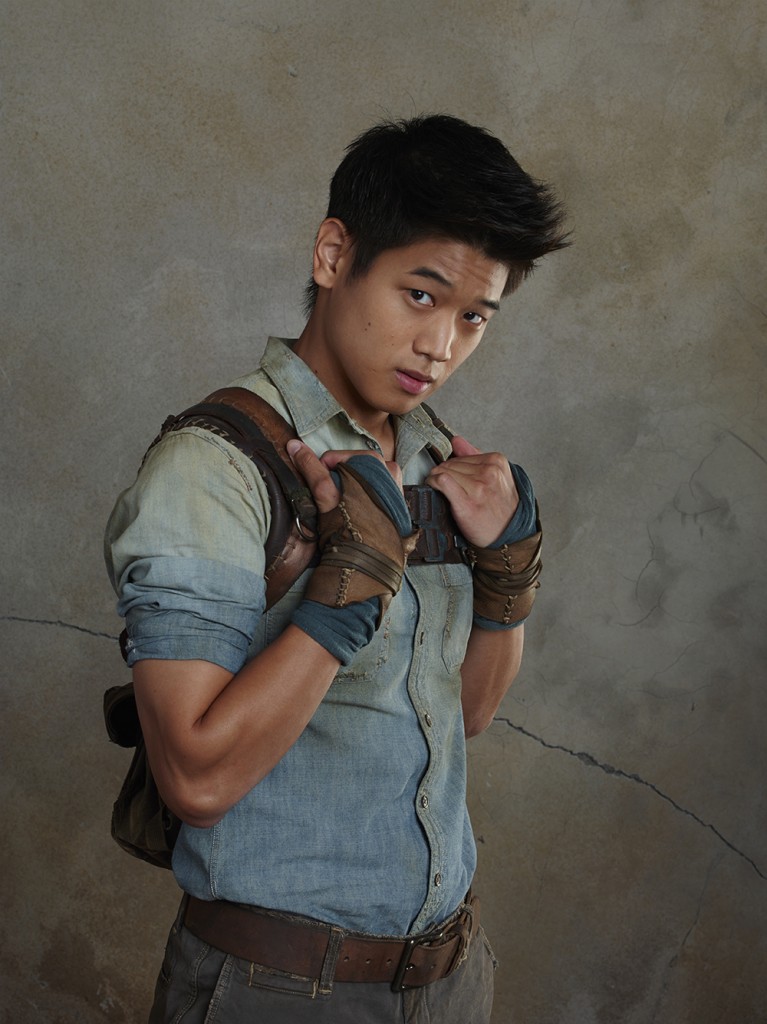 Now, imagine running through the same maze day after day looking for a seemingly nonexistent exit.

In the best-selling novel The Maze Runner, that’s exactly what runner Minho spends years doing—running through twisted walls—but without any loss of hope. How?

“He’s essentially protecting his family,” says actor Ki Hong Lee, who portrays Minho in the film adaptation of The Maze Runner, which is in theaters now. “When you talk about surviving not only for yourself, but also for your family, you can’t give up. You have to keep doing it every day—and he’s got [monster] Grievers chasing after him.”

In this post-apocalyptic story, teenagers are placed in a maze called the Glade with no memories aside from their names. They’re left wondering why they are there, what their lives were like before the Glade, and how they can get back to those lives. The Gladers, as they call themselves, get into a routine until Thomas, played by Dylan O’Brien, shows up and everything changes. Minho is one of the first to accept Thomas as part of his family.

While Lee acknowledges that Minho is much more athletic than he is, family is as central in his life as it is in that of the character he plays. Lee may not be fighting any vicious creatures in a maze, but his family keeps him grounded and inspired in an industry known for tough rejections.

“I have a family who loves me and supports me, and all my friends have supported me from the beginning,” Lee says. “No matter what you’re going through, if you have a good group of people supporting you, pumping you along the way and encouraging you, it’s hard to quit.”

And Lee hasn’t quit since he first took the stage for church skits in middle school. Instead, he buckled down, got serious, and started learning more about acting. Lee says he always wanted to act, but it was “hard to watch shows and have no one look like you and have no kind of mentor or even a figure to look up to.”

Despite not seeing as many Asian Americans in Hollywood growing up, Lee recognizes that they’ve been acting for generations. “It’s a matter of finding them, looking for them, and being aware when they pop up on your screen,” he says. “Now, time is changing and there are a lot more opportunities, but you still have to pick and choose what roles you want to go out for.”

Some of the roles Lee has picked have been with Wong Fu Productions. He has starred in the independent company’s shorts and mini-series, like She Has a Boyfriend and Away We Happened, and its upcoming untitled movie. In September, he hits the big screen, but he only saw one difference between working with Wong Fu and his latest Hollywood venture—finances. 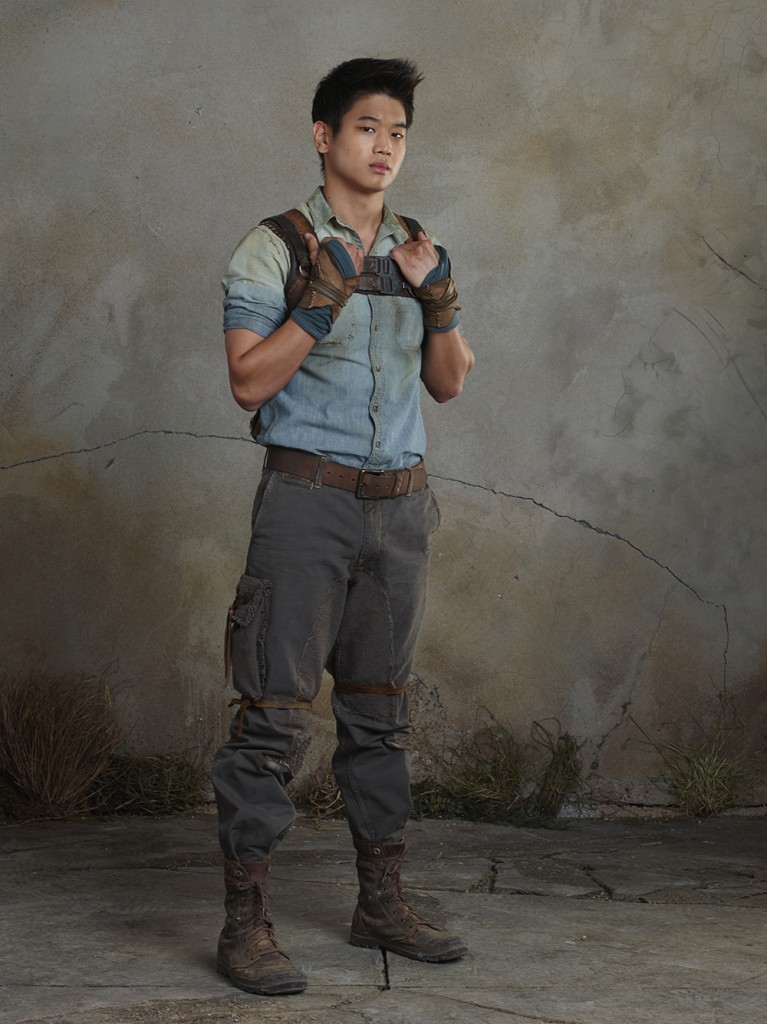 “On The Maze Runner, you’re building sets, shooting outside of L.A. You’re traveling. You’re shooting for three months at a time—while a Wong Fu short could be a day or a few days, in someone’s living room,” Lee elaborates. But he’s quick to add: “They make things work. In terms of professionalism and the level of talent, both are on par with each other.”

Excited to be part of a large-scale project, Lee looks back fondly on the first time his agent mentioned The Maze Runner to him. “I hung up the phone right away and ran over to a bookstore,” he recalls. “I was like, ‘Oh my gosh, I have to do this.’ It wasn’t hard to persuade me to be Team Maze Runner.”

The fact that The Maze Runner is the first of four books—the fourth being a prequel to the entire series—didn’t intimidate Lee, either. “I don’t think it was tough committing mostly because I fell in love with the character right away,” he says. “To be given the chance to be part of the franchise is a huge blessing and honor.”

Dedicated fans of the series can rest easy, as Lee assures us that his cast mates, including O’Brien, Kaya Scodelario, and Will Poulter, shared his feelings of joining the huge project.

“We really care about each other’s characters and we definitely push each other to bring out the best in each other,” he shares. “The whole cast and crew worked extremely hard to bring something special, because it was so special to us.”

To Lee, acting is also something special that demands respect and devotion, meaning time put in to learning the craft. “When you do something you love as a job, it doesn’t feel like you’re working,” Lee says. “It’s hard work, but it doesn’t seem like I’m doing work. It just seems like I’m doing what I love.”