Home EntertainmentLast Christmas: A Movie That Has My Heart 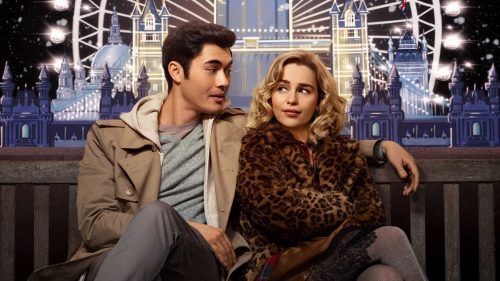 The day I planned to watch Last Christmas, I made the mistake of reading its film reviews, which, for the most part, rated the movie very poorly. And so that night with a heavy heart, I buckled myself into my car and drove to the movies, because that is what an Asian American woman who cares about the Asian cast and representation in American movies is supposed to do. As I sat down in the theater, I prepared for that stomach-sinking feeling somewhere between sadness and dismay, anticipating disappointment from this film starring Henry Golding and Michelle Yeoh.

I sat — by myself because I didn’t want to force friends to come to a bad movie — with nothing from the concession stands because I can’t eat with a ruined appetite, and I watched the film. But come minute fifteen, I was still enjoying it; come minute forty-two, I still had no complaints; come minute sixty-three, I was still happy to be sitting there; and after the entire movie, I was just waiting for that moment where the film would turn its head and surprise me with its terribleness.

But that moment never came. I loved Last Christmas.

Last Christmas
At its heart, Last Christmas is a story about Kate (Emilia Clarke), a former singer who we meet in media res struggling to manage the various threads of her life — her relationship with her mother (Emma Thompson) and other family members, her job as an elf at a year-round Christmas store working for Santa (Michelle Yeoh), and her own health. While at work, she meets Tom (Henry Golding), strikingly opposite in personality with his optimistic and do-good tendencies. Although at first turned off by his upbeat attitude, Kate learns to shift her perspective, regain her empathy, reconnect with her passion for singing, and eventually grows to love Tom. Through the course of their relationship, we learn more about the past events that shaped their lives and how those affect where they are now.

I loved Emilia Clarke and Henry Golding’s on-screen chemistry. I loved how Michelle Yeoh and Emma Thompson aced their roles. I loved the classic musical score thrown in between scenes, and I loved the awkward but endearing humor amidst incredibly vulnerable and emotional scenes. I wouldn’t say it was the best movie I’ve seen this past year (Into the Spider-Verse still holds my heart there), but Last Christmas contained enough holiday spirit, diverting humor, cheesy tropes and expedited character development to warrant a place in my heart.

It’s a Romcom. It’s Not That Deep.
I see why critics hated the movie. Piece by piece, Last Christmas is made of stupendous ingredients of the finest quality. In addition to the big name actors, the film was directed by acclaimed filmmaker, Paul Feig; is based on a story co-written by Emma Thompson and her husband Greg Wise; and to top it off, a classic soundtrack (George Michael and Wham! hits) celebrates a traditional holiday within a quintessential genre. Critics were expecting to be blown away by the movie.

Reviewers cited a variety of reasons why Last Christmas fell short — the overly done clichés, the erratic storyline and the exaggerated characters. In some light, this is all valid, but for the average audience member, Last Christmas is good entertainment with the added bonus of Emilia Clarke’s smile and Henry Golding’s charm. Why was anyone expecting more than cheesy tropes and an unsubtle plot? This is a romantic comedy, after all. This movie is not meant to be “dark” and “edgy,” and anyone who thinks otherwise likely rates Joker with high marks.

In Refute of “Forced” Diversity
Some of the more interesting criticism I read about Last Christmas specifically focuses on how certain elements of “diversity” seemed forced in the movie — the inclusion of immigrant stories, representations of same-sex and mixed races couples, portrayals of non able-bodied persons. For me, the movie worked well to integrate all of this into the story, and I didn’t get the sense the diversity was introduced simply for the brownie points.

Sure, to some viewers, the movie may seem disjointed and unbelievable, because all of these very different characters exist simultaneously in the same story, but to me, this is realistic. The movie reflects how diverse the people in my own life are and who I interact with on a day-to-day basis. Perhaps on a larger scale, I may worry that the movie might self-select its audience to only include those who appreciate character variety; however, I was happy to see all this incorporated into the movie in non-awkward and not in-your-face ways.

So what if our main protagonist has Yugoslavian background? So what if her sister is in a long-term relationship with a woman? So what if the first person she interacts with at the shelter is a wheelchair user? None of this distracts from the story or hinders the plot, and it’s nice to see some effort in casting, even when it comes to tertiary characters. Perhaps the only flaw in doing this is not giving enough time to each of these elements — the movie is too fast-paced to provide proper closure of all the stories it is trying to tell.

Henry Golding, Ever Our Prince in Shining Armor
But let’s talk briefly about the Asian representation in this film. After all, that is probably why you’re reading a review of Last Christmas written by an Asian American on an Asian American-focused website rather than the dozens of other choices from large-scale publications.

I am overjoyed to see Henry Golding in another romantic comedy, and I am enthusiastic to see the Asian male portrayed as a desirable partner. Golding certainly plays his “perfect prince” part well, a role that he seems to naturally embody. His character, Tom Webster, is portrayed as an almost too irritably generous Good Samaritan, with enough optimism to balance out the negativity of the entire universe. Tom is also eccentric and whimsical, and frankly, just plain strange.

I was cautious seeing Golding playing this kind of character, especially as his persona seems to fit best for serious and sincere roles. However, Golding demonstrated his ability to easily transition from lighthearted banter to consequential moments. I truly hope he will make more appearances on the big screen, and while I’m more than eager to see him in more romantically-inclined roles, I would love to see how he performs in roles beyond “The Guy.” 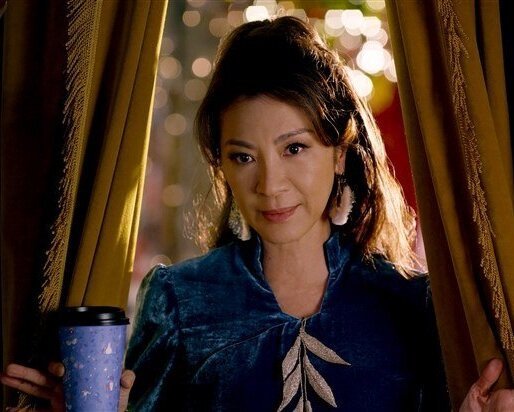 Michelle Yeoh, Eternal in Her Screen Presence
Last Christmas also prominently features Michelle Yeoh as Santa, the owner of the Christmas shop where Kate works. In the movie, we see the full range of Santa’s personality — as a shade-throwing manager, as a caring and concerned friend, and even as a vulnerable romantic. Her character’s own romance story adds humor to the movie.

Yeoh delivered her comedic lines with a grace that proves her natural versatility and her immense talent. It was a pleasure to see how she remains a powerful presence on the big screen and continues to expand the character archetypes she plays, broadening the roles Asian women play in common media.

What’s in a Name?
I know I just mentioned finding profoundness in this movie isn’t the point, but there is one theme that stuck out to me when I watched it: names and how they relate to identity. If you’ll allow me, I have three examples: 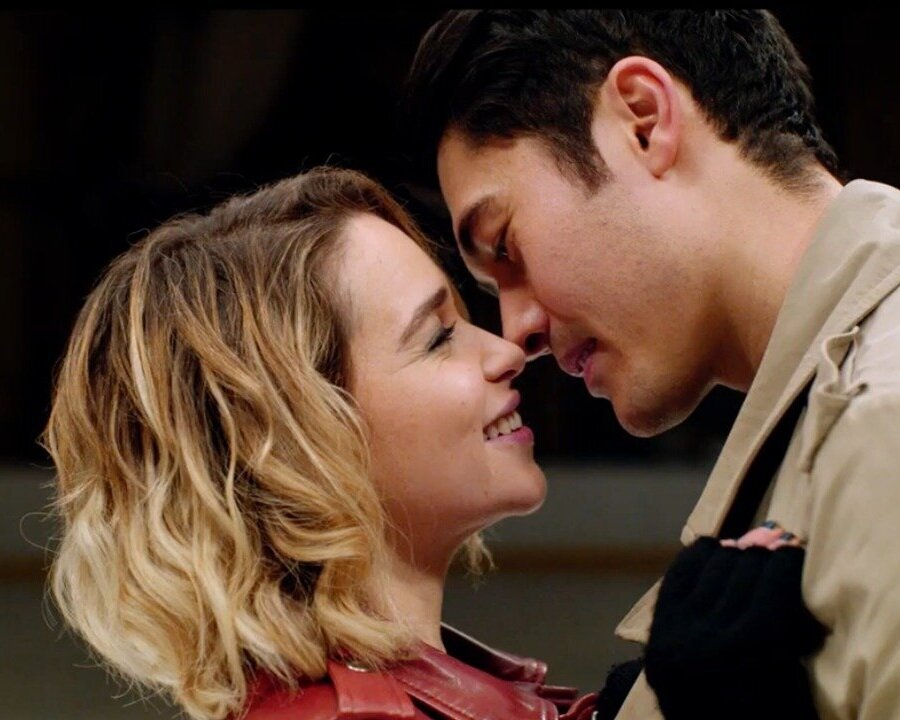 And a Plot Twist Fit for K-drama
Obviously, spoilers ahead. Although I will say that you may have already figured it out.
In the end, we may have all anticipated it — Tom gives Kate his heart. Literally. He was an organ donor who died as Kate was simultaneously hospitalized for an unnamed heart condition that required an immediate heart transplant (see transplanted heart trope). He was dead and their relationship was never really taking place in a traditional sense.

Yeah, yeah, this is the trope of all tropes, and anyone familiar with fandom may have even read a fanfiction based on this very one. The heart being the center of emotions, his heart keeping her alive, two lovers sharing the same heart — all that. Regardless of how obvious the plot twist may be, I was surprised to find this kind of twist in an American romantic comedy. I would have expected this kind of unrealistic drama in a k-drama or in a telenovela — and perhaps also explains why American critics were so completely unamused.

In some ways, this plot twist makes Last Christmas less of a romantic comedy and more a fleshing out of figurative language taken quite literally. If you think about it too hard, the fact that the lyrics “last Christmas, I gave you my heart” inspired the entirety of the movie makes the trope-twist more twisted than cheesy. But you know what, it was nice to see that the girl doesn’t get with the guy at the end of the movie, yet he still made a strong positive influence in her life.

Another line of thought to consider is the fact that our Asian-presenting protagonist dies, without attaining a traditional happy romantic ending trampling over the importance of having him be Asian in the first place. It’s incredibly unfortunate that Golding’s character was actually dead all along and that their relationship was essentially imaginary, especially since we’re hungry for more representation of Asian male romantic leads, which theoretically should inherently mean these Asian characters should be alive and actually exist.

But hey, I’ll take Tom’s philosophy to “look up,” meaning to pay attention to the wonders around me, and treasure the intimate moments Tom and Kate shared on screen. Each moment was fire, and we like that this movie generated more demand for more Henry Golding. Plus, if we angle our lenses in a different direction, at a minimum, I can be satisfied that Tom made a significant and everlasting impact on Kate’s life and that his/her heart will go on. But let’s make more space for more Asian men on-screen with decidedly happy endings — we want to see their smiles.

Above All, Worth the Cheer
Last Christmas is — as many romantic comedies are — a guilty pleasure. Perhaps its one fault is in being too ambitious in how much material it wanted to cover. The movie tried to address a lot of different stories in the short span of an hour-and-half, leaving a more critical audience with too many questions, but I fully appreciate the film’s effort to pack in as much as possible. (I will attempt to model this same enthusiasm when I stuff my Thanksgiving turkey this year.)

As the credits for the movie rolled on the screen, I felt immense relief that I thoroughly enjoyed this film and that Last Christmas wasn’t completely a flop. Driving home to write this review, my heart felt so much lighter than when I first came to the movie theater — one might even say I gave the movie my heart. 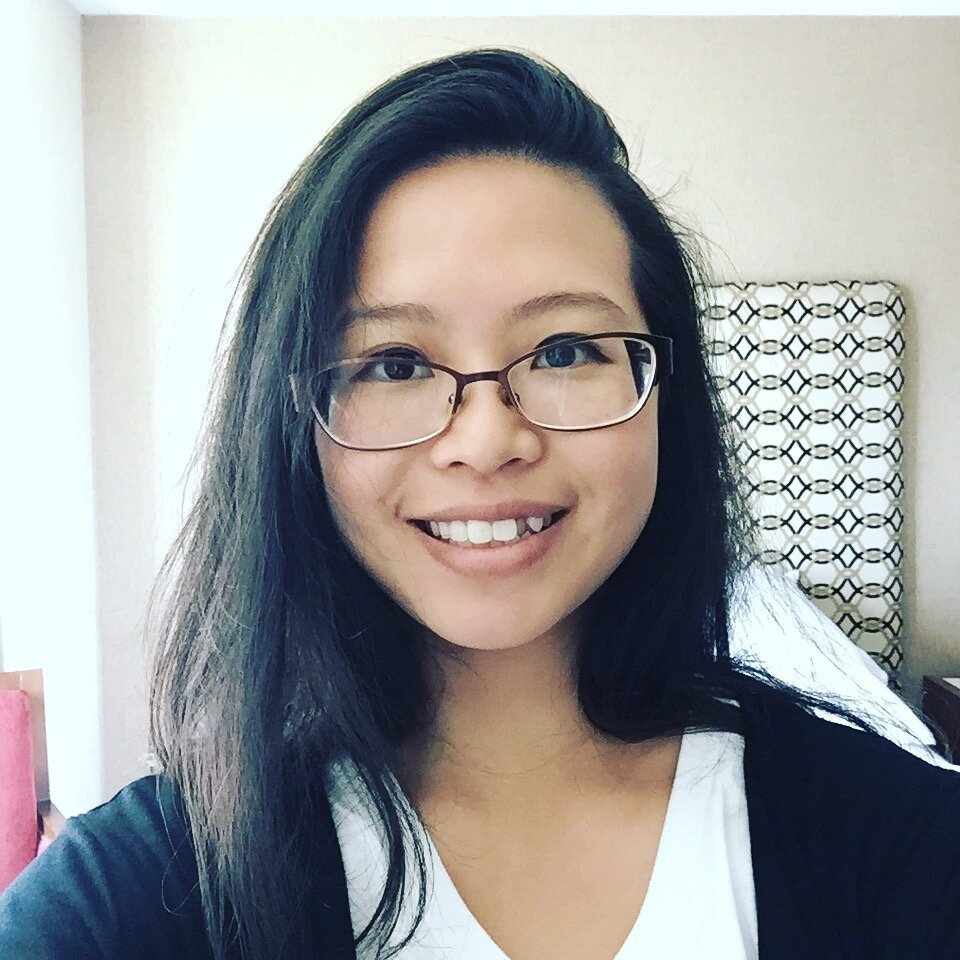 Catherine Zaw, Staff Writer for Mochi magazine, is a dual medical and public health student at the University of Miami. She aims to utilize creative writing and storytelling for the advocacy and empowerment of communities, focusing on LGBTQ+ population health care needs. She loves emdashes, cats, and mangoes, and perpetually has at least five tabs open on her browser. You can find her on Instagram or Twitter.