Home EntertainmentKitana Turnbull: The Multi-talented Voice of the Rocketeer

Kitana Turnbull: The Multi-talented Voice of the Rocketeer 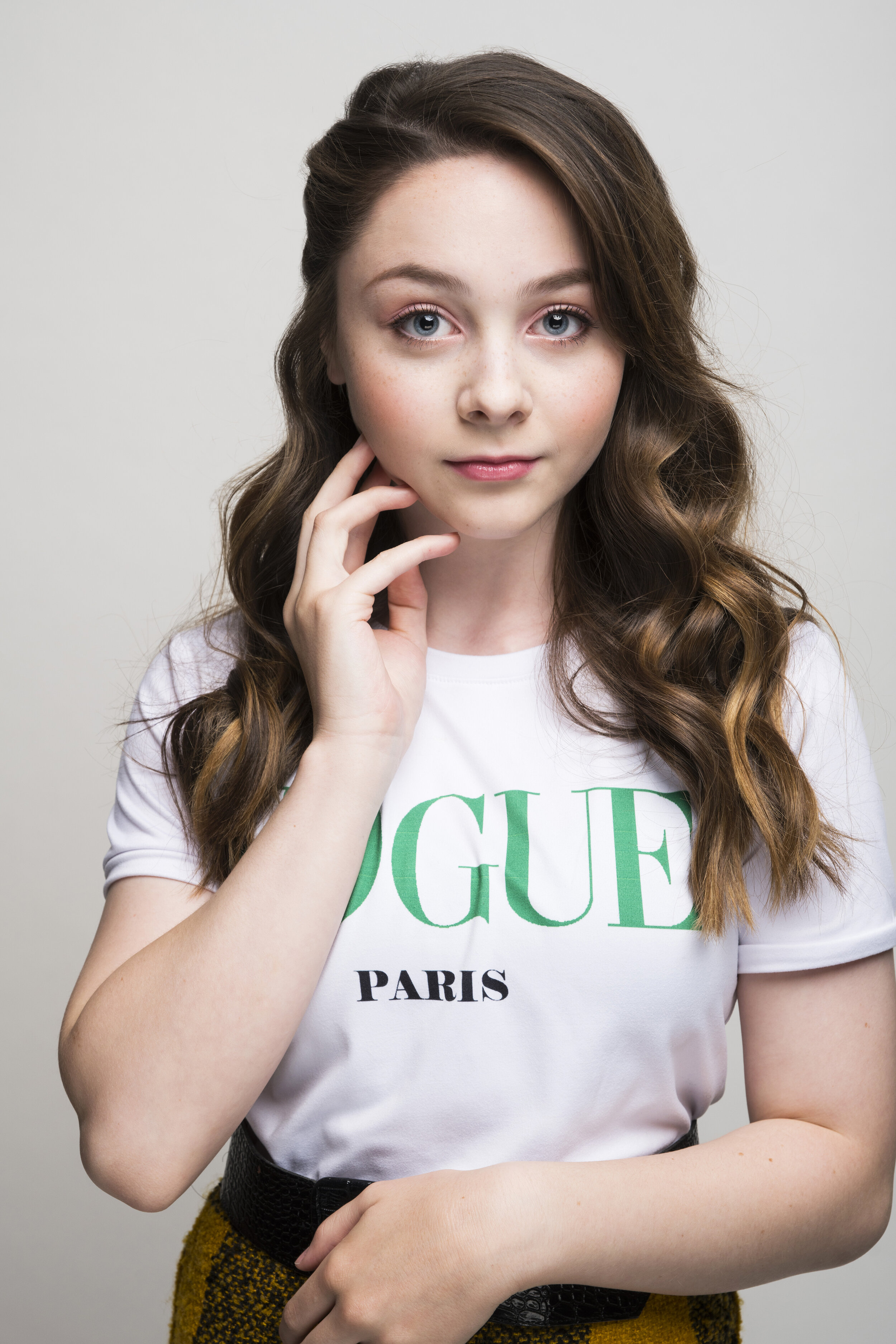 “Be confident in your ability,” says Kitana Turnbull. That’s what the multi-talented 14-year-old Italian and Asian American actress, singer and dancer would advise her younger self.

It’s worthwhile advice. In an industry that has an endless supply of new applicants, Turnbull already has a solid start on-screen (Carmelita Spats on the Netflix series, “A Series of Unfortunate Events,” and the film “The Bachelors”) and has Disney and Nickelodeon voice-over roles lined up.

In fact, that’s why we’re chatting today. Turnbull is voicing Kit Secord, the lead role in Disney’s upcoming animated series, “The Rocketeer.” The series reboots Disney’s 1991 movie of the same name. Her character, Kit, is a young girl who receives a surprise package on her birthday that reveals she’s the next Rocketeer, a legendary superhero with a rocket-powered jet pack. The episodes follow her adventures, saving the day with her best friend, Tesh, and airplane mechanic grandfather, Ambrose.

(It is not lost on me, dear reader, that I was a year younger than Turnbull is now when “The Rocketeer” was originally released in 1991. I can already hear my Asian forebearers asking what I’ve done with my life, but here we are.)

VD: What drew you to the role of ‘Kit Secord’ on “The Rocketeer”?
KT: When I read the character, I really enjoyed her because she’s just very sweet, caring, strong and brave. That’s what made me want to try and play her. She’s just very relatable like every other kid. And she’s a strong female role model and I really like that.

VD: How do you prepare for a role?
KT: When I go into a character, I like to pull from life experiences. On the day of work, I do like to get up early, make sure my voice is all warmed up, drink lots of honey and tea, and do lots of scales. The one thing you’ve got to make sure is that your voice is in perfect condition. The slightest variation in your voice due to something like a cold will definitely show up in a recording, so you have to make sure your voice is in its best condition for sure.

VD: How would you say it’s different than when you’re acting in person?
KT: With voice work, all your emotions have to be delivered through how you say your lines, where with live action, you can deliver your emotions through your facial expressions as well as mannerisms. The difference with acting on screen as opposed to voice is that you have [an] idea of what the final product is going to look like. Because you are the character. you’re portraying it yourself so you know right away. But with animation, it can take several months up to a year before you see your voice put to the final animation. So when you get to see the final masterpiece, it’s very exciting because you have been anticipating it for so long.

VD: So you recorded the voice for “The Rocketeer” a long time ago then?
KT: The process always seems long. I think from the start of the first episode to finish can take up to seven months, maybe longer because what most people don’t see is how much work and time goes into getting an episode ready. It’s not just the voice team; you have so many other working parts for the show to come to life, like the animation, coloring, storyline, etc. 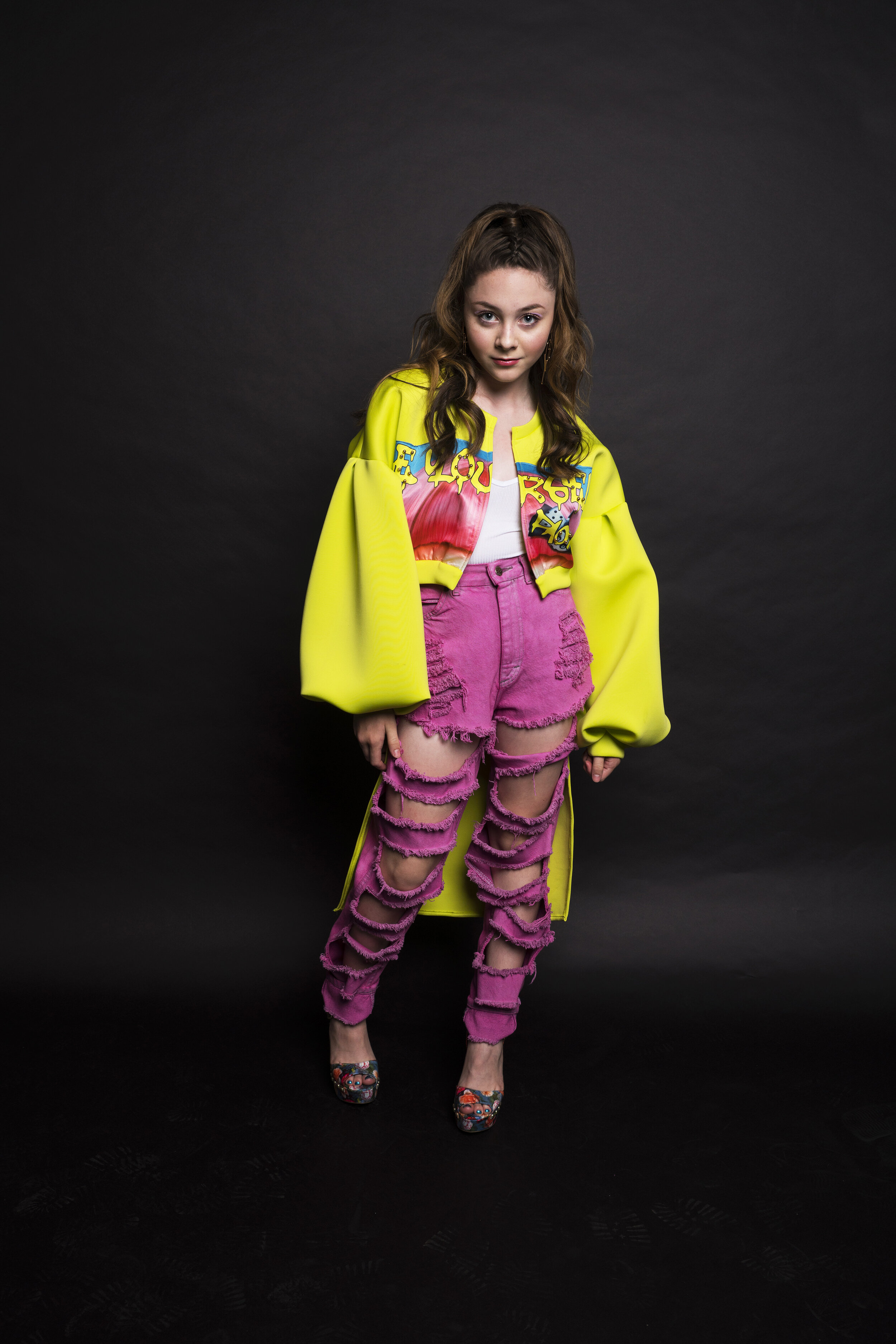 VD: You have so many talents such as singing, dancing and performing. How do you decide what to focus on and develop?
KT: It depends on what I’m working on in that moment. Say I worked that day on acting, I’ll focus on acting. If I want to start writing music, I’ll focus on my singing. Same with dancing. It just depends on the day.

VD: Which is your favorite? Do you even have a particular favorite?
KT: That’s hard because acting, voice work, singing and dancing are all very different for me. But they all let me express myself artistically. I am an artistic person so they all have a way of letting me be creative. Acting is definitely a way to blend them all into my creative whole — I get to express myself through my expressions and emotions, voice and dance. With voiceover work, I get to use my voice and it needs to solely convey what I am trying to express. I really enjoy that outlet as well. So, I can’t really pick a favorite, because I love them all.

VD: What is something you wish people knew about you?
KT: I am Asian/Italian mix, but I do look more like my Italian mother. That doesn’t mean I wasn’t raised in both cultures. Yes, I look more like my mom’s Italian side but I still have Asian in me. It’s still a big part of me. I’ve grown up in the culture. My dad was born in Taipei; my grandmother was born in China. She went to Taiwan when she was a baby because of a war. My dad moved to the States when he was 3. People say I don’t look Asian, so sometimes, I feel I have to tell them. It’s still a part of me and who I am. I am proud of my blended culture and my heritage. Another fun fact — I am the youngest of five siblings and none of us look alike! We are all very unique with our looks, and I think it’s great.

VD: You also voice ‘June’ in the upcoming Nickelodeon series, “Wonder Park.” What other projects should we look out for in the future?
KT:  I can be seen in the show “A Series of Unfortunate Events” streaming now on Netflix. I play Carmelita Spats. I have a couple other projects coming out in the new year, but you’re just going to have to wait and see what those are. And of course “The Rocketeer,” which is releasing on November 8, only on Disney Junior. I’m really excited for “The Rocketeer”.” I think it’s a show the original fans will enjoy, as well as the new!

Check Kitana Turnbull out in “The Rocketeer” on Disney Junior (out now) and Seasons 2 & 3 of “A Series of Unfortunate Events” on Netflix. Turnbull will also be playing ‘June’ in Nickelodeon’s “Wonder Park,” set to release in early 2020. Follow her @kitanaturnbull on Instagram. 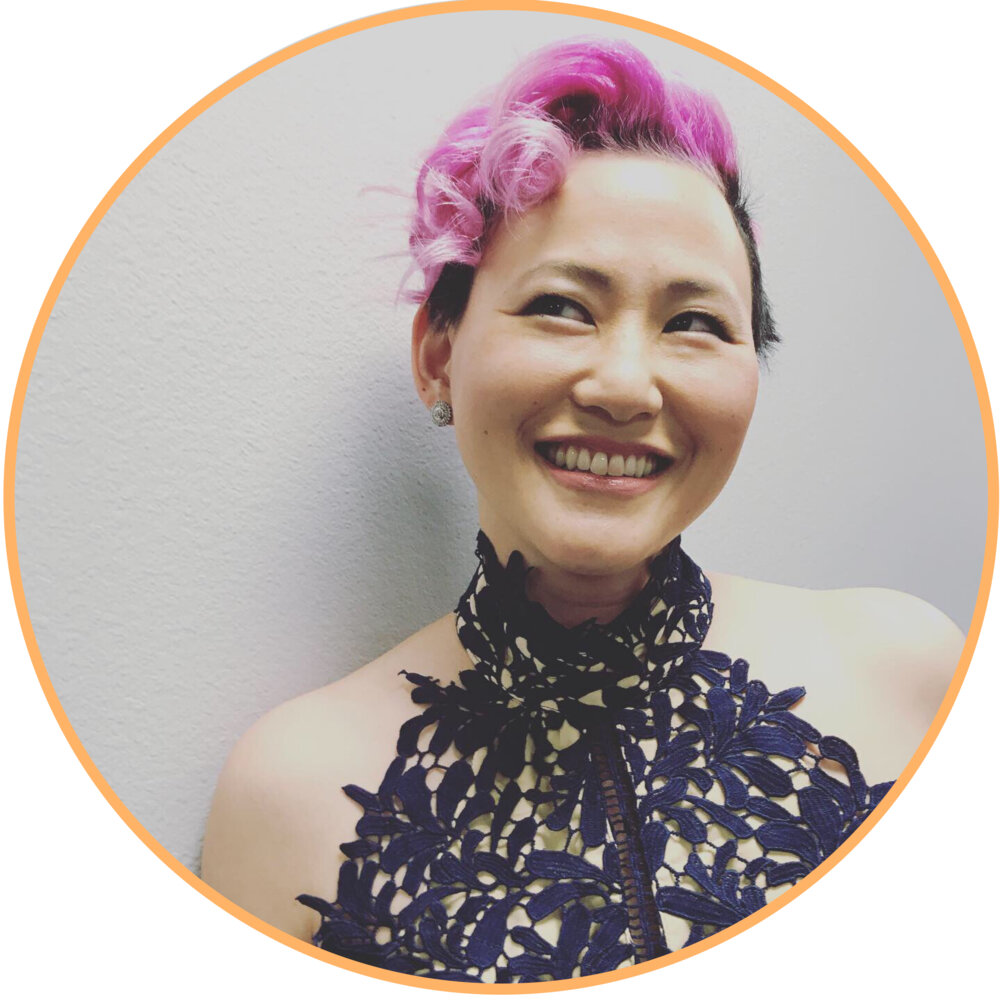