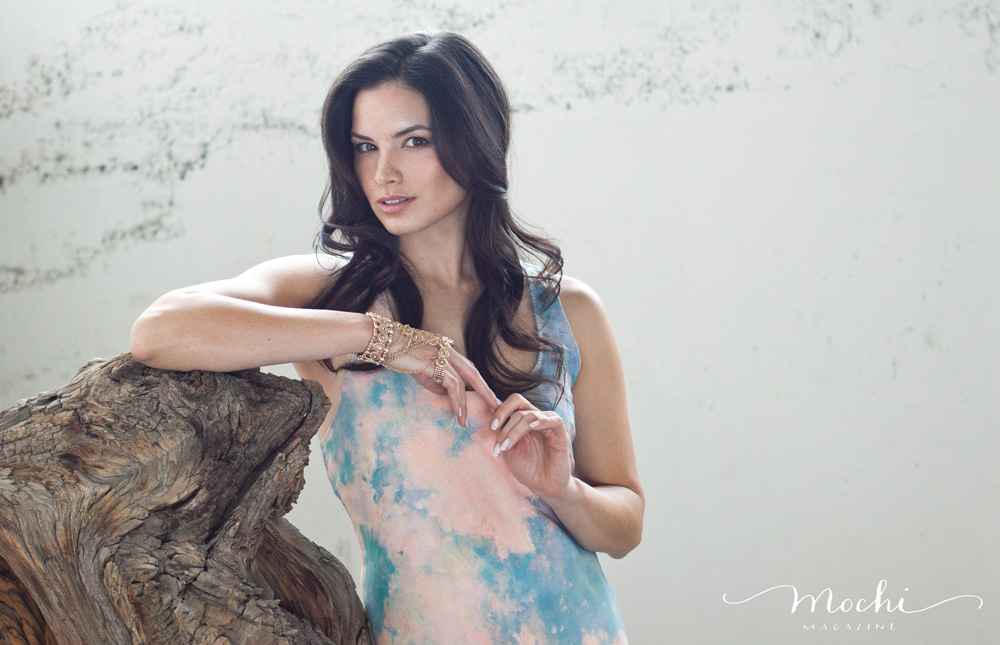 Coming out to your parents is no easy task—even when you’re Nyssa al Ghul, member of the League of Assassins and daughter of famed DC Comics supervillain Ra’s al Ghul (notably played by Liam Neeson in the most recent Batman flicks).

“Telling my parents about that scene was… awesome,” Katrina Law says with a chuckle. She’s talking, of course, about her debut episode as Nyssa in CW’s “Arrow.” In a few romantically and sexually charged scenes with Black Canary, played by Caity Lotz, it’s revealed that the two women have a history beyond membership in Bad Guys ‘R’ Us. So how did that conversation go over with her real-life mom and dad? 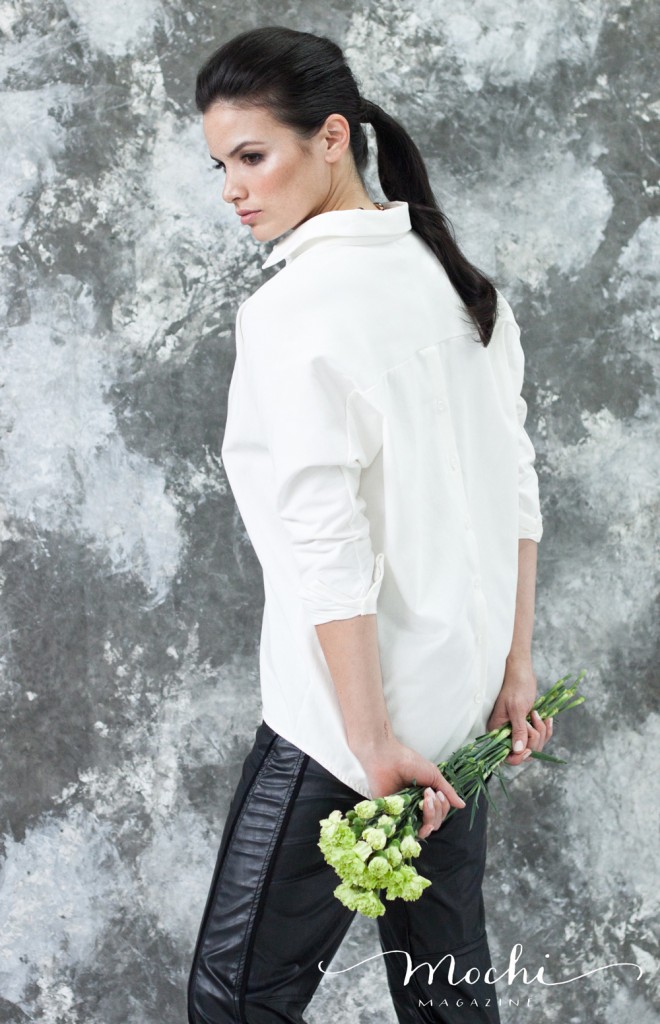 “[I said] ’Don’t watch this with your friends first. Maybe have your own private screening and then decide if you want to share this,” Law recalls.

Turns out, maybe she should’ve been less concerned about that and more concerned about keeping her tresses in check between fight sequences. (An archer and black belt in taekwondo, Law does many of her own stunts.)

“My dad basically wanted to know how all the fanboys were reacting, that it must’ve caused quite a stir,” she says. “My mom said she didn’t like my hair and makeup, but she’s my mom—she’s an Asian mom.”

“How was the acting?”

“How was the costume?”

“It’s always about the hair for my mom,” Law laughs. So it’s okay with her mom that she’s playing a kick-butt lesbian supervillainess on TV?

“She doesn’t care what I’m doing. It’s the hair. As long as the hair looks good.”

Then again, with the barely-there outfits on her previous TV show, “Spartacus,” a moderately chaste kiss isn’t exactly radical.

And it sounds as though her supportive parents ensured that she grew up with a good head (in addition to a good head of hair) on her shoulders. In her official online bio, the actress credits her mother as “brilliant” for helping her to channel all her excess kid energy into dance, sports, and martial arts classes. She even took part in the pageant circuit, taking home the title of Miss New Jersey Teen USA. And while the pageant world often draws criticism for its effect on the self-esteem of young women, Law says it can be a positive experience if you choose the “right pageant system, where talent is one of the competitions instead of just beauty and modeling.” 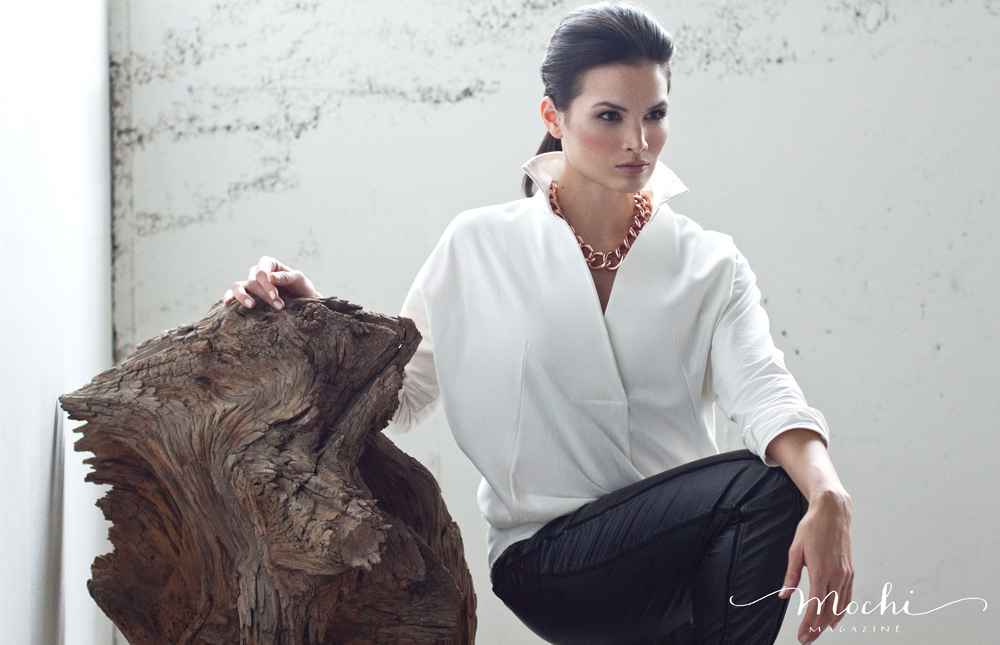 “You know, I was fortunate,” she says, “because my mom and my dad, they picked good pageant systems where it was very communal, the families were involved, everyone went home with a trophy.”

Law’s pageant training emerges in the course of conversation when she refers to herself as one of the “bigger girls” in LA. The fast-talking quipster is quick to respond in diplomatic, light-hearted fashion.

“In the industry that I’m in, in order to be competitive, you have to maintain a certain weight or look. I can rail against it if I want to, or I can find a happy medium, which is working out and eating cake at the same time,” she says.

Apparently unfazed by the pressures of Hollywood, she pursues her passions wholeheartedly. Her “happy medium” in life outside of acting includes a longtime extracurricular musical career as the lead singer and bass player of Soundboard Fiction. The group, which has been together for nine or 10 years, just released their first music video, produced by Law’s husband, Keith Andreen, and directed by “Spartacus” director T.J. Scott. 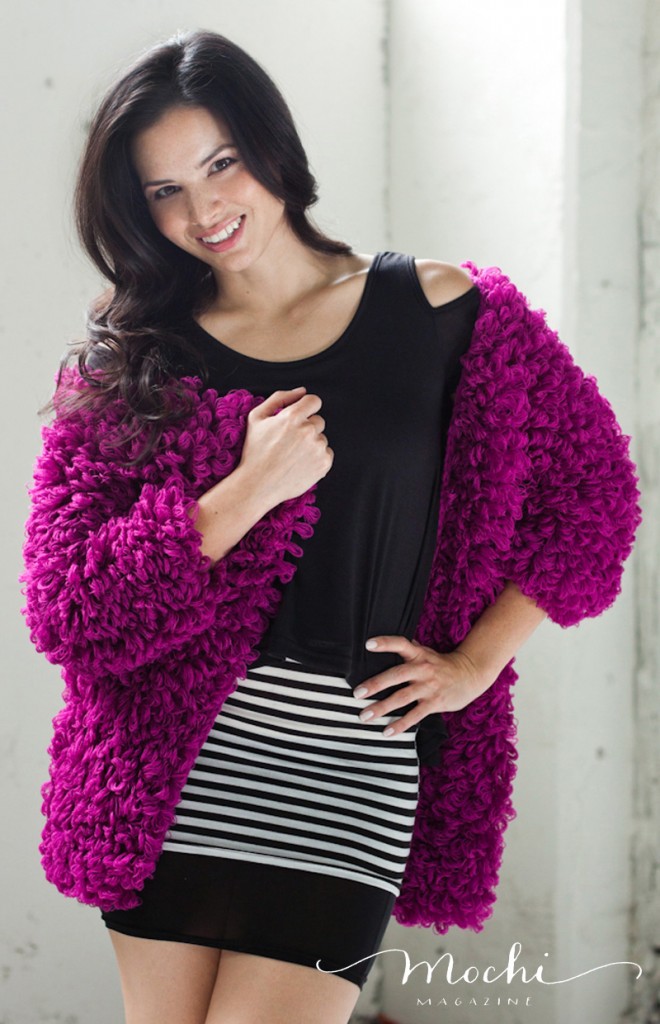 “We’ve never played out, we don’t tour, we’re probably never going to,” she says. “We basically get together every week and we play for the love and passion of music.”

Ultimately, passion—not money nor fame nor glamour—seems to be the name of the game for Law. Her advice to young actors thinking of following their passions out west?

“I think when it comes to pursuing your dreams in the art field, it’s all or nothing,” she says. “If you have any reservations of not wanting to sacrifice everything for your passion, and [be] willing to live on the edge for your passion, and possibly not be able to pay your rent for a month, and basically have no stability—if none of those things appeal to you, then don’t do it. But if you’re willing to fight for your dream and risk it all then, yeah, go for it. That’s the only way you’ll get it.”